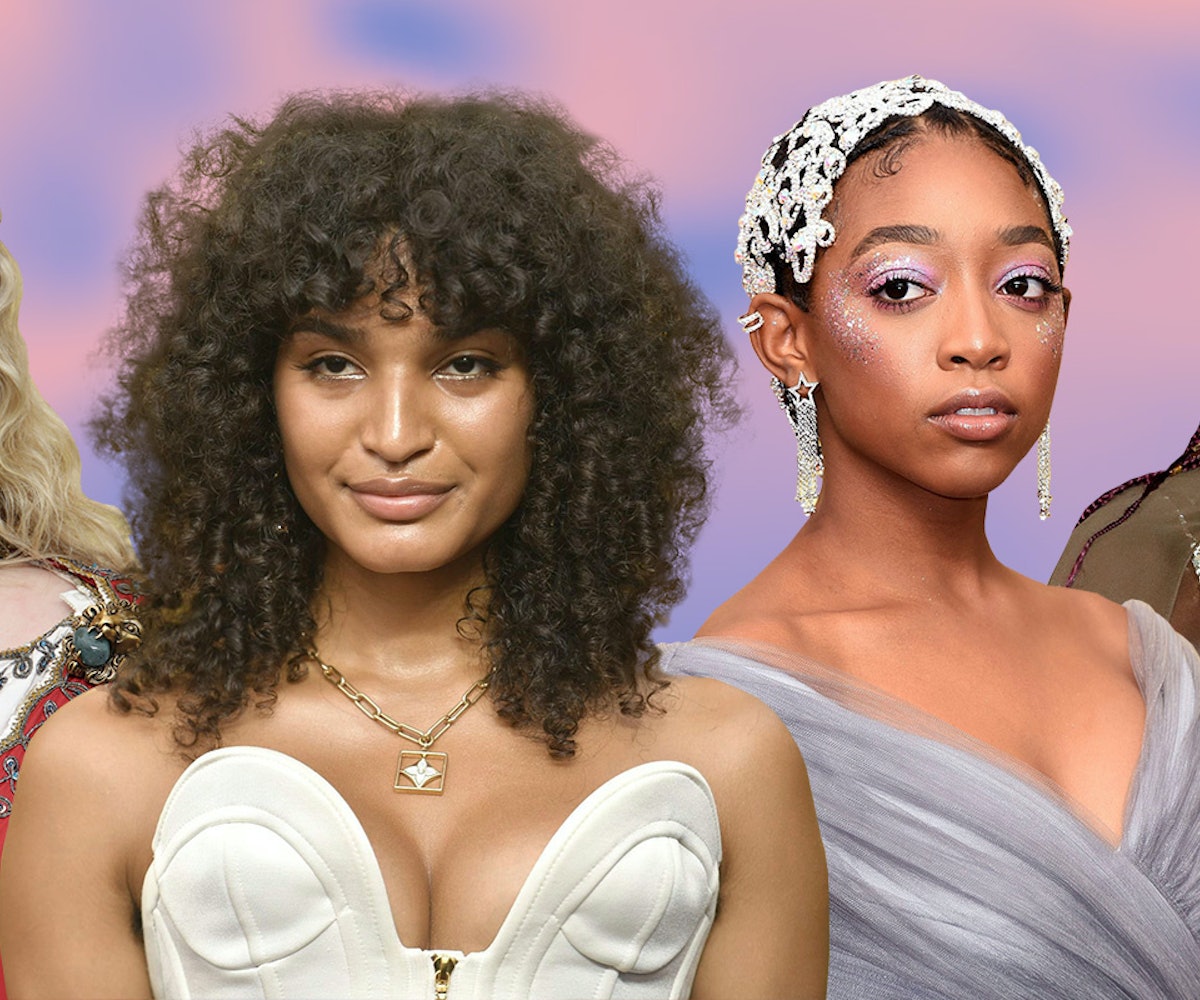 The 71st Primetime Emmy Awards red carpet took a fresh approach to some of fall's biggest beauty trends, with many of our favorite television stars rocking monochrome, glitter, and pink makeup. Others opted for more dramatic looks (see: Pose actor Ryan Jamaal Swain's blue eyeshadow or This is Us star Eris Baker's bejeweled cap), which made for an exciting night. Ahead, see the best beauty looks of the night.

RuPaul's Drag Race star Nina West showed out in full drag—matching her burgundy hair to her dress and finishing off the look with vibrant purple eyeshadow.

Actress Jameela Jamil makes the case for coral, well, everywhere, sporting the hue on her cheeks, lips, and nails.

Dascha Polanco has declared that the flippy ponytail is in, and we can't help but agree.

Indya Moore's look is both romantic and ethereal. The actress opted for a neutral makeup look—save for a thin line of metallic gold liner and tousled, voluminous curls.

This is Us star Eris Baker has mastered two trends in one: glitter and draping. The combo is stunning, and the whole look gives us Euphoria vibes.

Kelly Osbourne's sleek, deep violet 'do was one of the highlights of the night.

Dominique Jackson might be known for slaying looks on Pose, but her red carpet looks might be even better. The actress adorned Fulani braids with clips and beads, and we can't get enough.

Pose star Ryan Jamaal Swain rocked shimmery navy eyes and nothing else—and it's so, so good.

Euphoria actress Zendaya reminds us that she shuts down every red carpet she steps on—her glam red waves are proof.