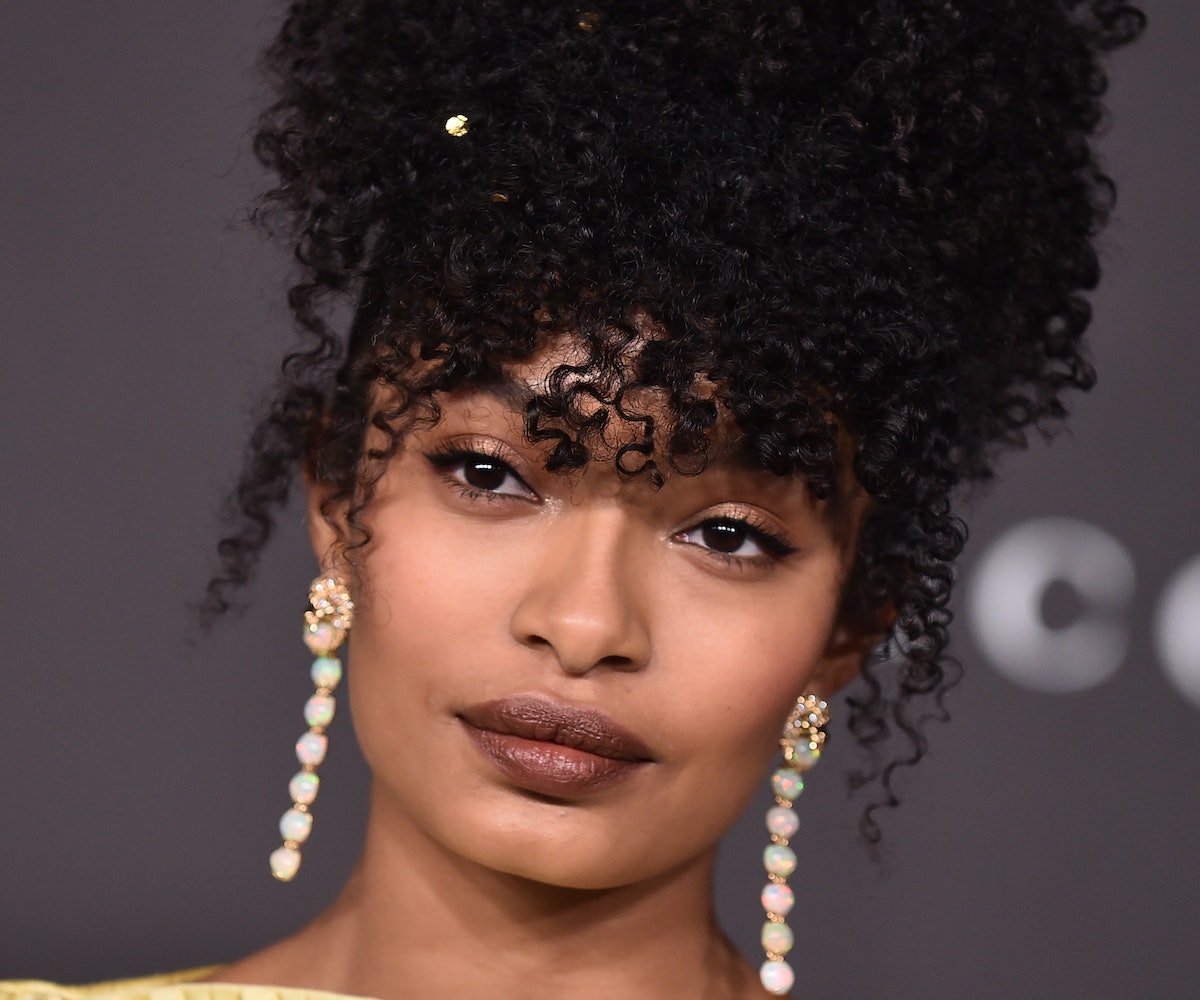 The Los Angeles County Museum of Art put on its annual Art + Film gala on Saturday night. The fundraiser, which was presented by Gucci, helps to fund the museum's film programming, and some of our favorite stars showed up looking like works of art themselves — especially when it came to their beauty looks. There was inventive makeup and hair all around: Kiki Layne turned her locs into a crown sculpture, Amandla Stenberg played with shimmer on the eyes, and Yara Shahidi stunned with a very good updo. It was a masterclass in red carpet dressing, and I may or may not be taking notes for the upcoming onslaught of holiday events.

We've rounded up the best looks of the night, ahead.

We can't get enough of Stenberg's graphic eye, which features a wing with a twist. Rather than a basic cat eye, they opted for something a little more geometric, creating an open wing that stops at their crease and gives way to shimmery gold shadow. The rest of their makeup was minimal in comparison – glowy skin, brushed up brows, and a nude lip — giving the eye a chance to shine.

Yara Shahidi was a vision in a sculptural gold Gucci gown, and wore a romantic halo of curls piled on top of her head to match. The hair look was created by hairstylist Nikki Nelms, who is known for her inspired, gravity-defying creations.

At this point, I'm keeping a tab of how many times I gasp when Cynthia Erivo steps onto a red carpet. The Harriet actress looked regal in a deep purple Gucci dress, but I couldn't stop staring at her hair. It's somewhere between silver and lavender, and makes me feel like everyone should be dressing to match their hair color from now on.