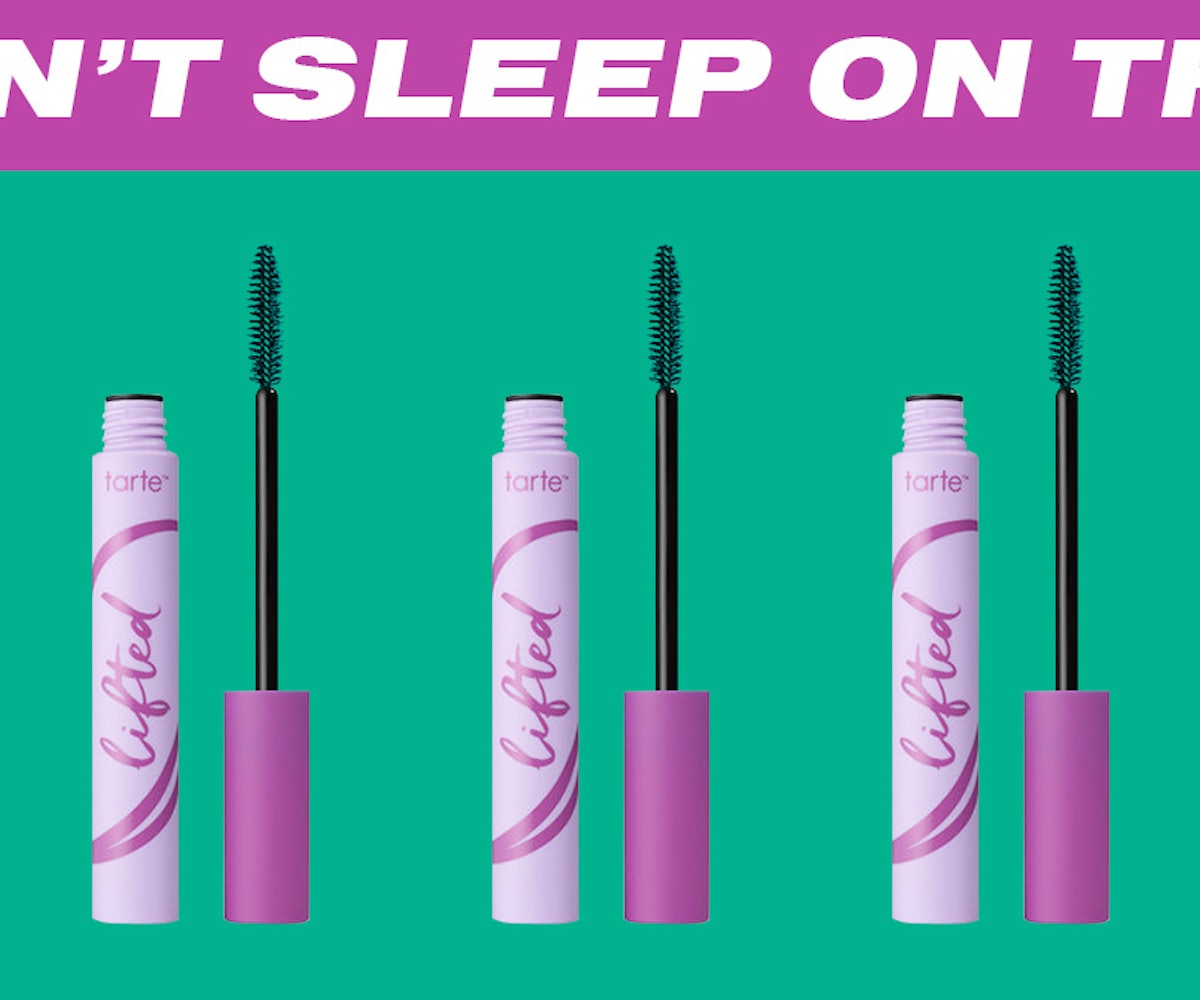 Perhaps I should start off by saying that I like when my makeup gets messy. I like a slightly smeared lip. I like a smudged eyeshadow. I like it to look like I took a shower with my makeup on and then went about my day. But I like these things when they're intentional, I like chaos when it's under my control. And so what I don't like? When my mascara flakes, and I have raccoon eyes before it's even noon. I really don't like that.

But I had started to accept that this was just the way it would always be. I had tried every mascara that promises to be flake-free and never to smudge, and I had such limited luck with any of them that I actually just stopped wearing mascara for months, embracing my blonde eyelashes and working a real "Girl with a Pearl Earring" look. And this was all fine, but sometimes you want to look like you lived in Amsterdam in the 17th century, and sometimes... you don't.

I'd just about given up on finding a mascara that would last when I happened upon one from Tarte that promised to be "sweatproof." So, I won't lie—this didn't immediately speak to me. I had never considered my eye area to be particularly sweaty, and my mascara wasn't flaking post-workout (I haven't worked out in... a really long time), it was just always flaking. (And if I'd had to guess why it was, my guess would have centered around the fact that my eyes are maybe kind of greasy because I love to slather my face with oils.) So because I had tried enough waterproof mascara in my time to know that such a designation was no proof of a smudge-free product, I wasn't too hopeful about one that didn't even promise to be waterproof—only "sweatproof."

But, I'd received a tiny sample size of this mascara from Sephora, and so I figured I might as well try it. And I'm so glad I did, because not only does this mascara actually stay put on my lashes, where it's supposed to stay, but also, it comes in an elusive brown-black tint that, as a fair-haired and fair-skinned person, I love. Apparently, it's also loaded with things like Amazonian clay and vitamin C and, I don't know, emollient waxes, and that's all great and everything, but what I really love about it is that it's a gorgeous rich hue, makes my lashes look full but not fake, and doesn't run at all!

Because, nothing against Vermeer's "Girl with the Pearl Earring," but I'm really ready to embrace time periods other than the Dutch Golden Age. Like, have you seen the lashes of Courbet's "Woman with a Parrot"? Pretty sure that's where I'm going to be drawing my beauty inspiration from now on.

NEXT UP
Beauty
TikTok Wants You To Wear Mascara Anywhere But On Your Lashes
Beauty
Tumblr’s Coquette Aesthetic Is Taking Over Beauty — How To Get The Look
Beauty
The Most Viral TikTok Beauty Products of 2022
Beauty
It’s Official, Y2K Beauty Trends Still Rule The Runway