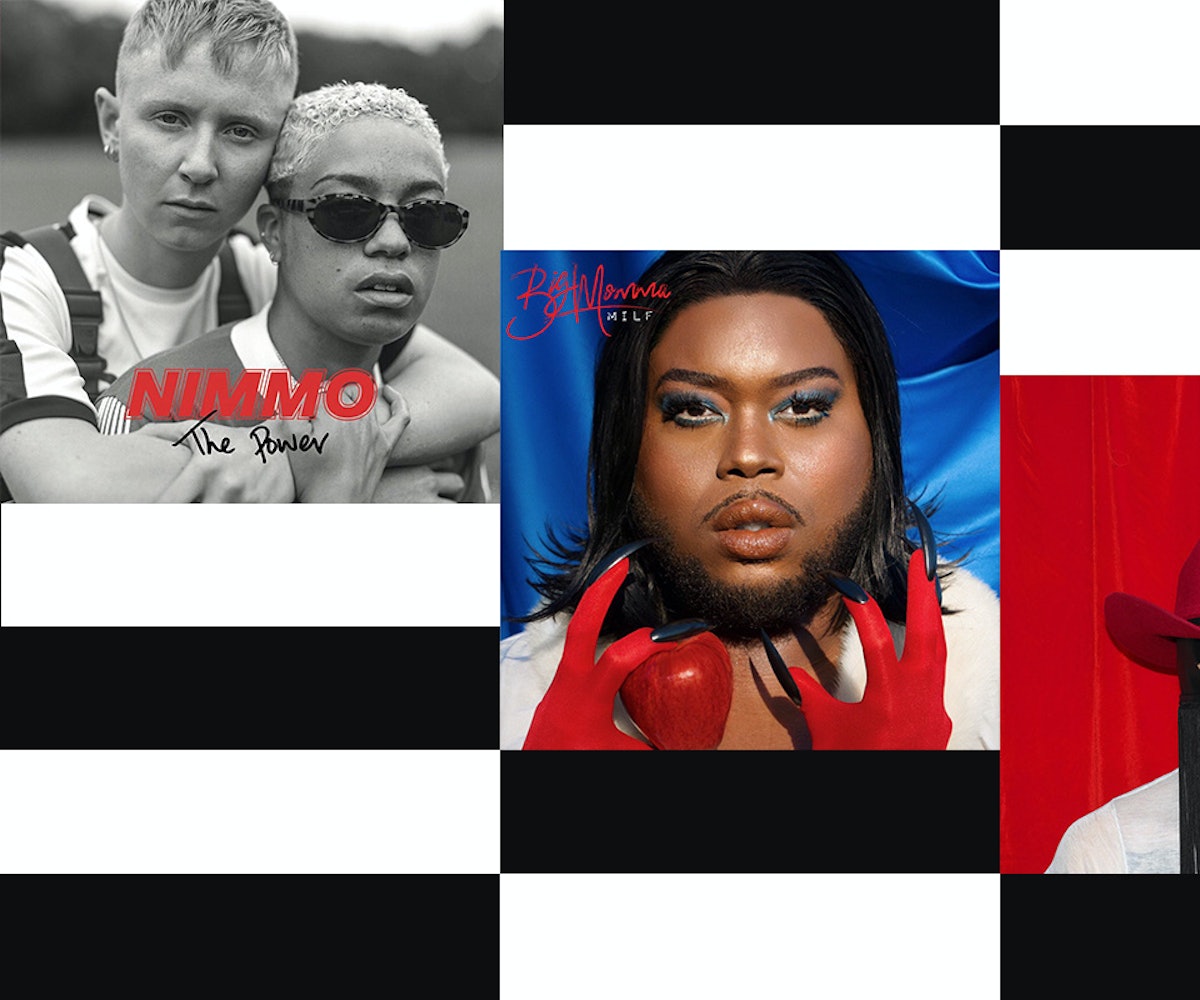 We would never begrudge anyone for dancing to classic Britney or Beyoncé at a gay bar, but what about music produced by actual queer people? As LGBTQ artists of all genres begin breaking through to mainstream success, there remains a limited amount of queer music that gets the same exposure as content created by cis-hets. Meme-worthy tracks like "Old Town Road" and any single created by a Drag Race queen quickly infiltrate club playlists, but where's the love for out and proud indie artists?

It's no surprise that experimental and edgy music by sexual minorities needs to be twice as good to get half the respect. In order to give these musicians their due, we've selected some of the best off-kilter queer album releases from this summer that you may have missed. Ranging from club to black metal to country, here's our list of the rising and battle-worn LGBTQ artists to watch for.

Perhaps no rapper has created such a coherent aesthetic universe as Big Momma. Returning from a years-long hiatus, Momma's speed-rapping tales of gothic woe and trauma are juxtaposed perfectly with booty-bouncing tracks ready for the club. Besides that, Momma's tongue-twisting descriptions of analingus are as dense as they are clever.

More punk than any album with guitars, Black Dresses uses glitchy soundscapes and guttural moaning to express the desperation of trans women who just want to be left the fuck alone. In a Fader interview, the duo cited Linkin Park and Sleigh Bells as influences, and shades of both are easy to detect, as is a kind of post-electroclash disdain for the political right.

Composed entirely over Twitter DMs, the album's ethos is distinctly "do or die"—as in, "If we couldn't make shit we'd probably be dead," according to band member Rook.

TEARS IN MY HENNESSEY by Joey LaBeija

Late-'90s rave sounds pair oddly well with the ballroom and trap sensibilities of Joey LaBeija—from the legendary Haus of LaBeija. Drum and bass breaks pop up at unexpected places, as do deeply sorrowful lyrics about desire, emptiness, and longing. The perfect soundtrack for sunset car rides or late nights in secret warehouses.

The homogeneity of the metal scene is hard to break through, but Torche has managed to gain the respect of diehards throughout the genre. Torche's political project isn't exactly overt, but their unique blend of shoegaze and stoner rock is winning over hearts and minds. Despite the heavy sound, there are some fascinating harmonies and melodies that sneak in through the sludge.

Maryland's most blessed child, Abdu Ali, returns with a unique Afrofuturist blend of Baltimore club and jazz. Bodily autonomy and sex-positivity are the empowering through-lines of these bass-heavy beats. Ali's sing-songy screaming, through which anger and joy fill the album in equal measure, elevate the LP above generic club music into the realm of pure art.

"There's a lot of black surrealist art being made right now," Ali told Interview. "I feel like there's a movement going on, but it's not being discussed or elevated enough or given that critical framework."

Pretty much every contemporary genre is thrown into a blender for 100 Gecs' schizophrenic take on the modern world. SoundCloud rap, old-school rave, dubstep, MySpace-era emo, festival trap, nu-metal, noise, and pop sounds all make cameos in this bizarre and unclassifiable experiment that often veers from the immensely danceable into the deeply inaccessible.

With the mysterious sex appeal of a masked luchador, Orville Peck now furthers his brand of heartwrenching country that would fit perfectly at Twin Peaks' Bang Bang Bar or in the Lana Del Rey expanded cinematic universe. Although often classified as folk music, Peck's elusive sound is sometimes as close to '80s New Wave as it is Southern crooning. All 12 tracks balance deeply personal anecdotes with icy and detached distance.

"There is an innate sense of homoeroticism in cowboy culture," Peck told The Fader. "Of course, I love playing with that theme. Cowboy culture's always been a tongue-in-cheek reference within the gay community… But, at the same time, anybody who feels on the outside of society—there's an innate loneliness in that."

Kumbia Queers have been subverting the traditions of Colombian and Panamanian music since 2007. Their latest album has moved past their covers of yore and shows off the maturity of a band that's existed for more than a decade. No surprise their fan base continues to grow as they travel the world, continuing to make hundreds of live appearances each year.

A spiritual scion of SOPHIE and PC Music's brand of post-modern hyper-pop, Mood Killer's gender-bending explorations of the digital world playfully pervert the tropes of girly Top 40 tracks. The album's standout single, "Cam Boy," sexily and cleverly employs iPhone sound effects to evoke both the loneliness and sensuality of cyberspace.

What's more Satanic than literal sodomy? Ghaals Wyrd's singer Ghaal has been open about his sexual practices with the Norwegian black metal world since his first musical projects in 1992, and while that scene is far from accepting, there's a strain who realizes that perhaps queerness is the ultimate transgression. Ghaal's latest project is—unsurprisingly—pure darkness through and through.

The Power by NIMMO

U.K.-based duo is mining '90s nostalgia with a dance album deeply influenced by the Clinton-era sounds of trip hop, R&B, and house music. Moving vocals reminiscent of the earnestness of early Robyn and Portishead at their prime pair perfectly with minimal yet powerful beats.

"We're spinning plates left, right and centre. There's no room for those days spent 'losing yourself' with a hangover anymore," the pair recently told i-D of the interceding years between now and their last major output.