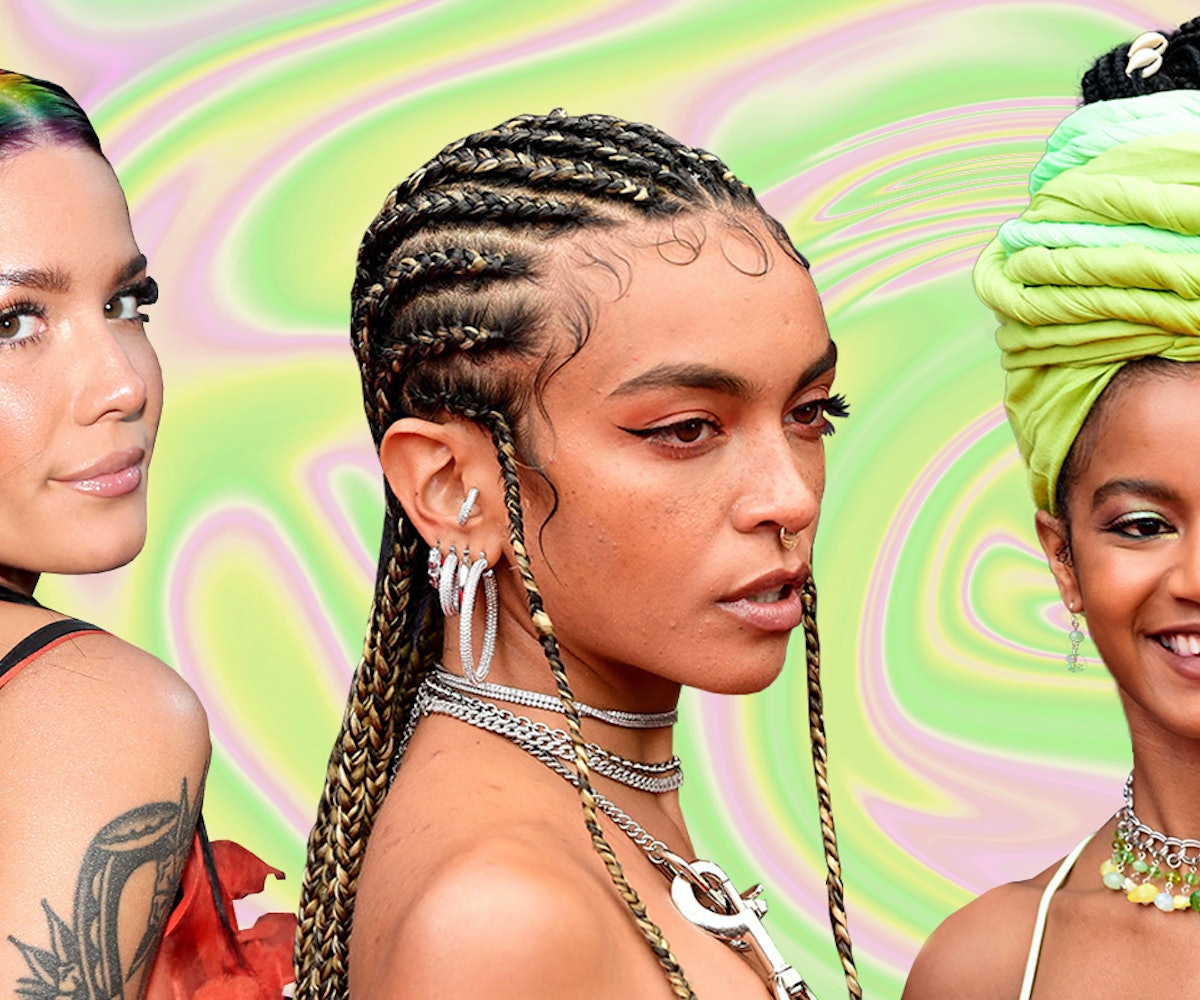 Monochrome is officially the makeup trend of 2019 and beyond—and the 2019 MTV Video Music Awards red carpet is proof. Keke Palmer dusted her eyes in metallic gold to match her equally sparkly dress, and model Ebonee Davis opted to go green—pairing her eyeshadow with her headwrap, and her jewelry too. Swedish singer Zara Larsson also got in on the monochrome fun, opting for an array of pinks on her cheeks, eyes, and lips.

Some celebs leaned into the appliqué look (a nod to Euphoria, perhaps?)—we spotted stars on Ava Max and gems on Chanel West Coast—while others kept it simple and let their hair looks shine. On the topic of hair, Lizzo, J Balvin, and Halsey stole the show. Lizzo brought old Hollywood drama and Halsey took shadow roots in a whole new direction—we fully expect both looks to set social media ablaze.

See the best looks of the night, below.

Halsey is the latest celeb to take on the shadow root trend—and the look is next-level. The singer rocked rainbow roots along with contour-like blush placement that also doubles as eyeshadow. Two words: so good.

Model and activist Ebonee Davis takes monochrome to new heights—matching her eyeshadow to her headwrap, and her jewelry for good measure.

Monochrome doesn't have to mean boring—and Zara Larsson is proof. The singer played with varying shades of pink—ranging from hot pink to a more millennial-inspired hue, tying the look together with a little sparkle on the eye.

Keke Palmer matched her dress to her eyes, and we're taking notes.

Normani is an absolute vision—rocking a purple smoky eye, a glossed lip, and flawless, matte skin.

Musician Kiara Lede also offered up her take on the monochrome makeup look—pairing her fresh-faced look with a classic French manicure.

Sometimes the hair is all you need to make a look. Obviously, J Balvin gets that.