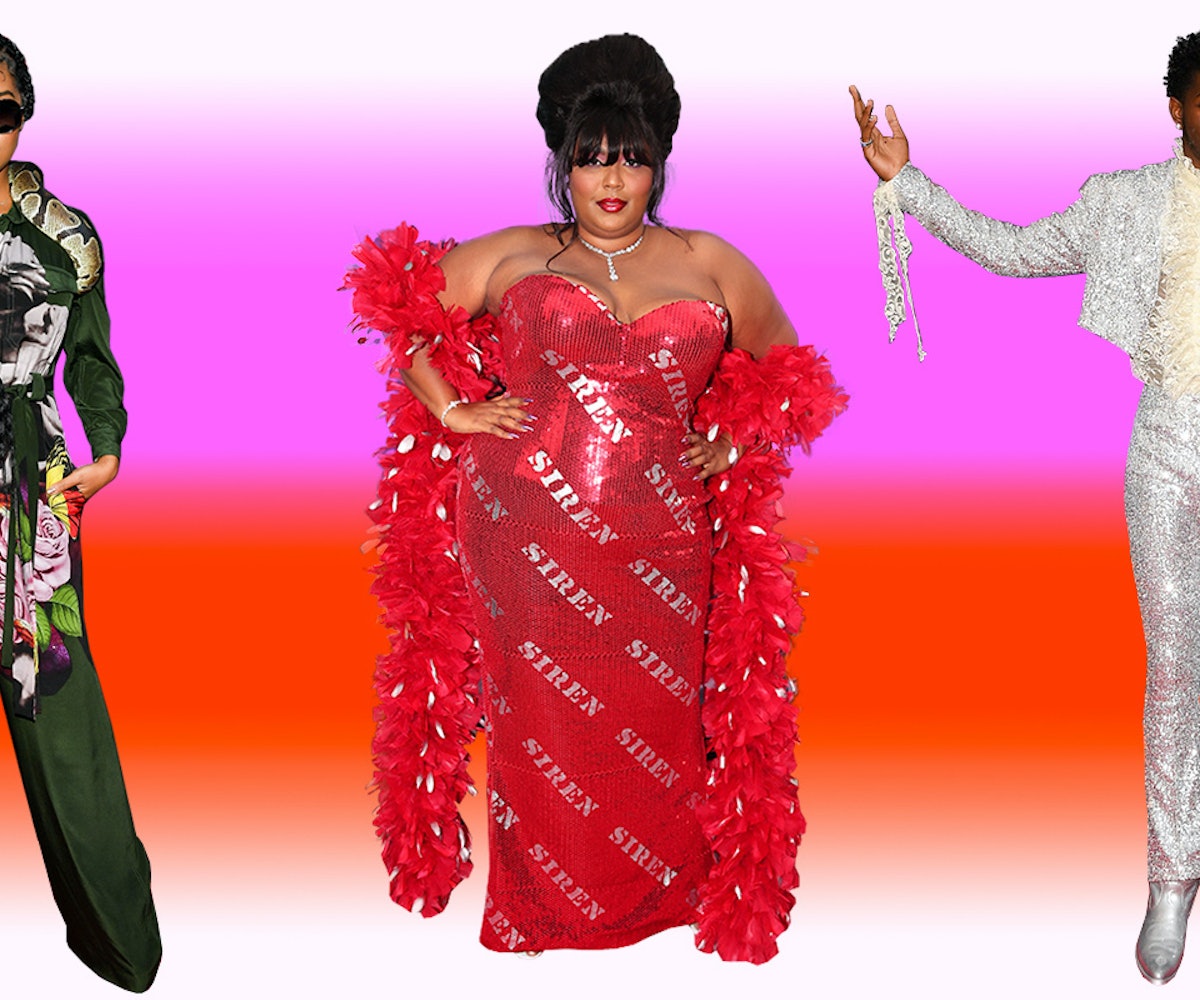 Tonight was no different, as some of the best looks of the evening were all about excess. There was plenty of glitz and glamour, with sequin and crystal-embellished everything making appearances across the boards. However, tonight was really all about the accessories. We saw everything from feather boas to literal boa constrictors, and even a clunky, golden '90s era cell phone.

And, in true Hot Girl Summer fashion, not wearing any pants was also a key trend—just ask Megan Thee Stallion herself, along with Taylor Swift and Halsey.

Below, check out our favorite looks of the evening.

Ring the alarm! Lizzo was on fire in this Moschino "siren"-printed, sequined gown, complete with a feathery red boa.

Hold the phone! Did you catch Keke Palmer's sleek sequined getup by Yousef Aljasmi? We, too, wish to accessorize with a golden '90s-era cell phone.

Megan Thee Stallion served us a true Hot Girl Summer in this glitzy bra and blazer.

Halsey was a literal goddess in this breathtaking, corseted tulle gown by Peter Dundas.

In case you were wondering, our yees have very much been hawed by Diplo's custom suit moment.

H.E.R. opted for this chic tropical Valentino suit and accessorized it with… her pet boa constrictor! (We liked this look way better than Tana Mongeau's attempt to channel Britney Spears, TBH.)