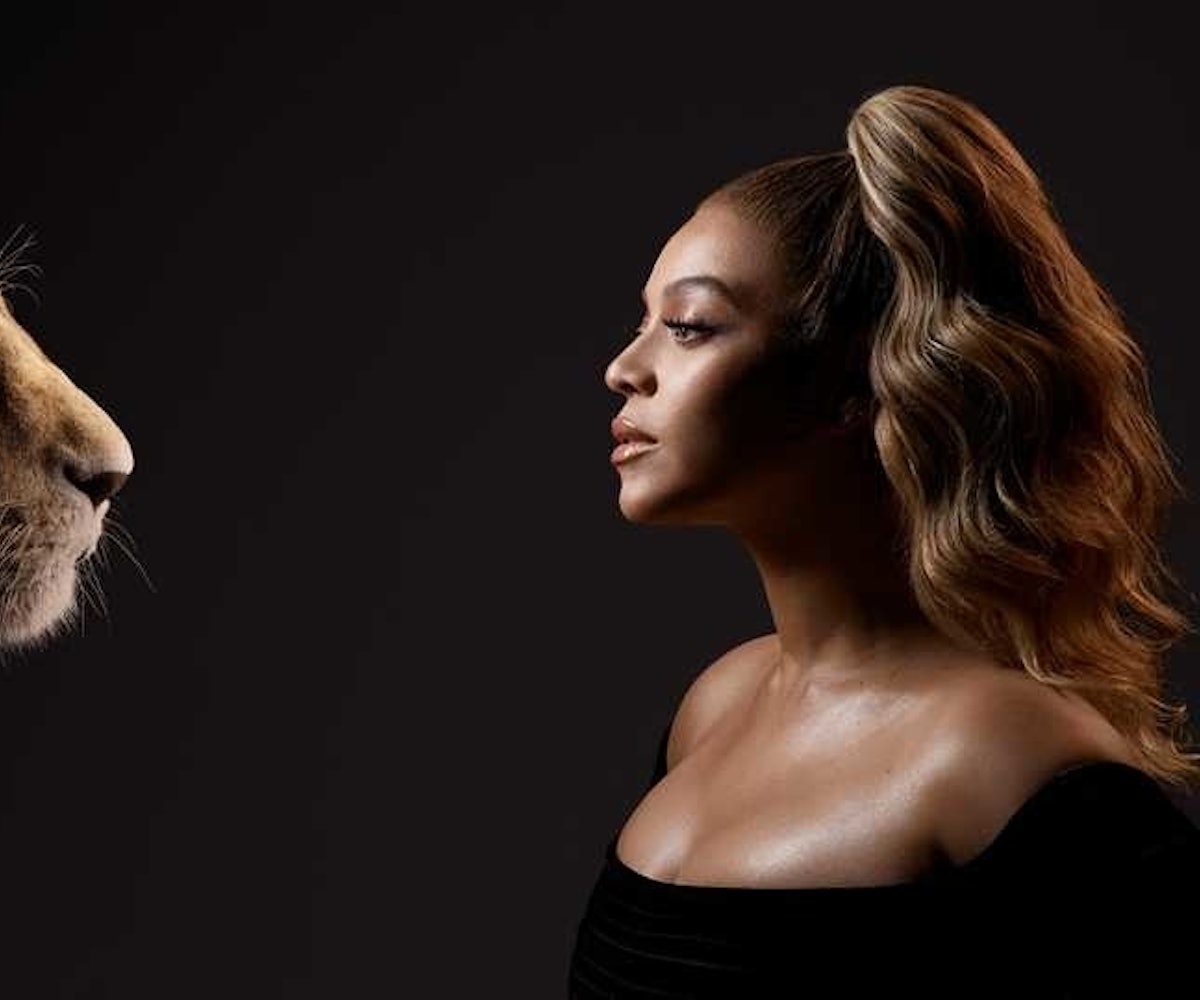 Excitement for this week's Lion King release is at an all-time high. I'm not saying that Beyoncé's role as Nala is the only reason why, but it might be the most important.

Case in point, a Twitter user has renamed themselves "ariel & the beyoncé cinematic universe," nodding to Queen Bey's role as Queen of the Jungle and her protegé, Halle Bailey, recently being tapped to play Ariel in the live-action remake of the Little Mermaid. That same user posted a thread of tweets that Photoshopped Nala onto all six of Beyoncé's studio albums, and now I can't unsee it.

Dangerously in Love has been aptly renamed Dangerously in the Jungle, and Nala takes a subtler approach to diamonds with a simple headpiece. I personally think this one should have been Pridefully In Love. Get it? Like a lion pride?

Nala's sophomore album is Hunt Day, but I think "Kitty Kat" is still on the tracklist.

I Am… Nala Fierce. Period.

There are four letters in the name Nala, which is the number that reappears in Beyoncé's life all the time. Coincidence? I think not.

"I know when you were little cubs, you dreamt of being in my huuuuunnnt," or whatever Nala said on "***Flawless."

And last, but absolutely not least, is Nala's version of Lemonade, where she fearlessly tells Simba: "This is your final warning, you know I give you life. You try this shit again, you gon lose your lioness."

I need the SoundCloud links immediately.

NEXT UP
Culture
The Madonna Biopic Is Being Scrapped
Entertainment
19 Niche Music Festivals For Every Type Of Person
Entertainment
Boygenius, LCD Soundsystem & Steve Lacy Are Headlining A Summer Concert Series
Entertainment
Chloe's "Pray It Away" & 9 Other New Songs Out This Week
Style + Culture, delivered straight to your inbox.