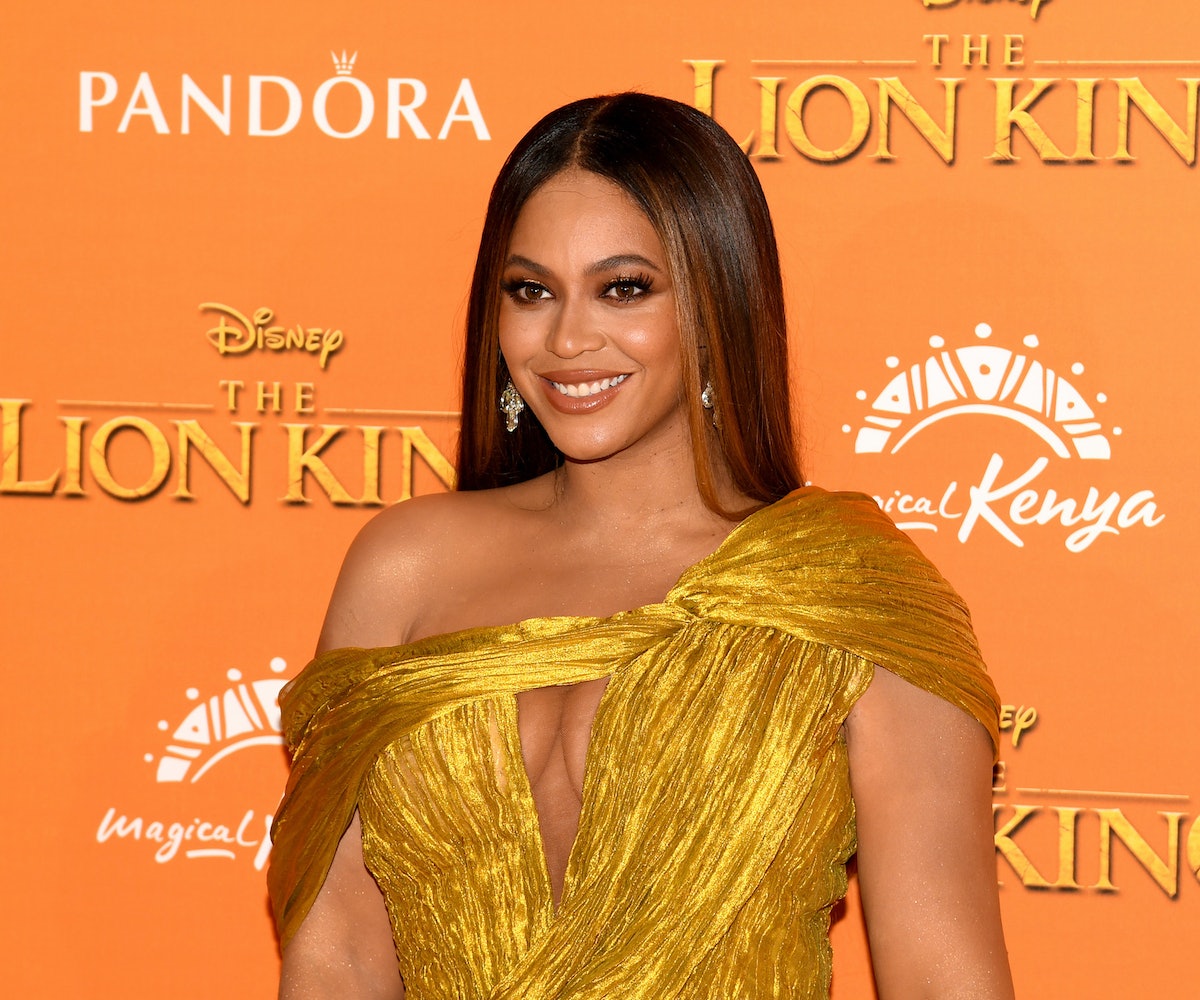 When it comes to Beyoncé Knowles-Carter and award shows, the first question that comes to mind isn't about what she'll wear or how she'll do her hair — it's if she'll even show up. Lucky enough for everyone though, Beyoncé did show up to the 2020 Golden Globes, albeit a little late.

The multi-hyphenate, who was at the ceremony to support her work in Disney's 2019 The Lion King, snuck into The Beverly Hilton ballroom alongside husband Jay-Z wearing a stunning, custom Schiaparelli Haute Couture gown, designed by Daniel Roseberry. With big, structured golden sleeves, fitted black bodice, and plunging squared-off neckline, the look was truly impossible to miss. Unsurprisingly, her glam was just as stunning, with a honey-glazed complexion, neutral glossy lip, and a sleek and simple middle-part, similar to the hairstyle she wore the European premiere of The Lion King.