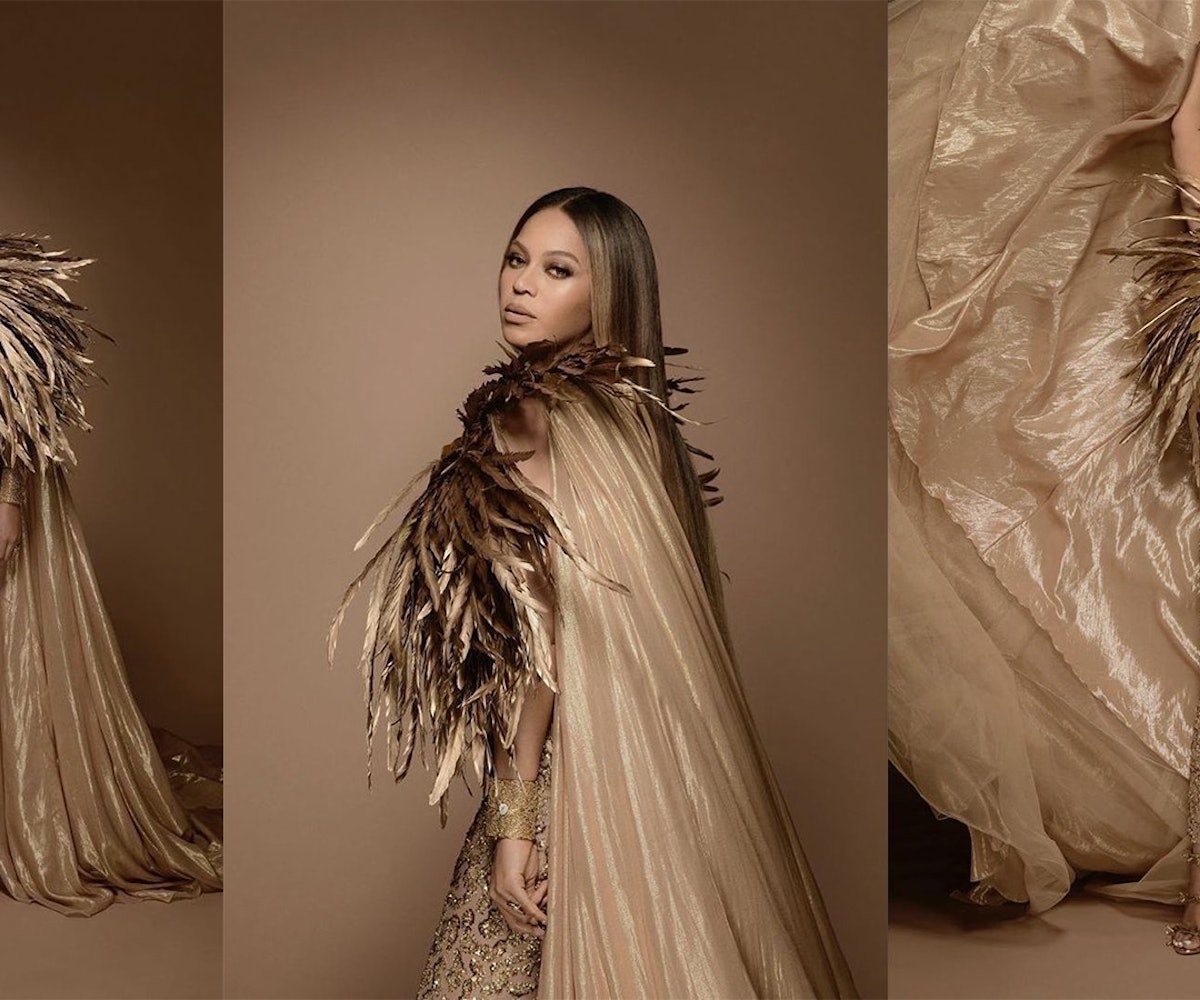 Just when we thought we couldn't be any more excited for the live-action remake of The Lion Kingto finally hit theaters next month, Beyoncé Knowles-Carter blew our collective minds by bringing her character, Nala, to life.

Over the weekend, our queen attended the 2019 Wearable Art Gala, an annual event hosted by her mother Tina Knowles-Lawson and stepfather Richard Lawson. This year's theme? None other than the upcoming Disney film.

With that said, the red carpet was swarming with glorious homages to the film, including plenty of African-inspired gowns, headdresses, face paint, and more. Beyoncé skipped the carpet and headed straight to the main event, but she stole the whole show regardless.

The singer showed up to the soirée channeling her inner lion queen, decked out in a gold Georges Hobeika sequin-embroidered catsuit, complete with a feather-adorned lion bodice, and a gold cape. Basically, she was dressed exactly how we think Nala would roll up to a gala if she were, you know, human.

On another note, can we talk about just how adorable Blue Ivy, decked out in a yellow gown and matching headdress, looked? Beyoncé included a video of her lip-synching along to "The Circle Of Life" in her Instagram post, and, frankly, it's the content we need on this Monday morning.