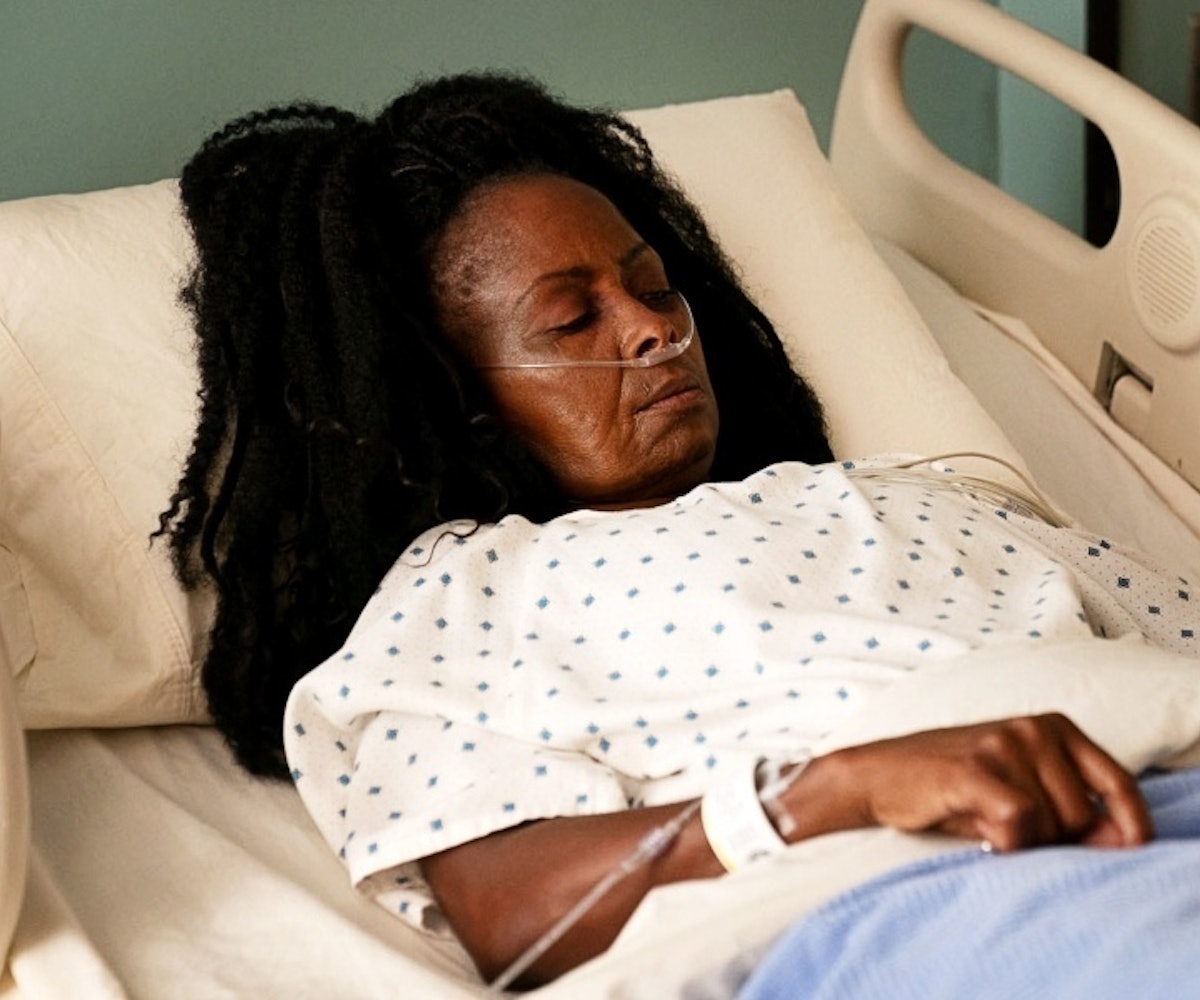 Big Little Lies has a lot going for itself. The performances from Meryl Streep, Reese Witherspoon, Nicole Kidman, Laura Dern, and Zoë Kravitz have all been spectacular. The series writers have done their due diligence to give the characters story lines that push the show along, add depth, and tie all the disparate parts together. But they've lost me with the supernatural undertones they've given to the character of Elizabeth Howard (Crystal Fox), the mother of Bonnie (Kravitz). It's distracting, at best. But at worst, it's an update on a really old, extremely tired cinematic stereotype.

Elizabeth and Bonnie's relationship was just introduced this season but is immediately shown as being a complicated one, highlighted by brief flashes into their tumultuous past. It's clear that Elizabeth suffered from some kind of emotional and mental health issues that made her unpredictable and violent toward her daughter. One of the most powerful scenes from this season's penultimate episode, "The Bad Mother," shows Bonnie speaking to her mother, who is lying in the hospital in a coma. Bonnie is confessing to Elizabeth—not so much to pushing the abusive Perry (Alexander Skarsgård) to his death, but more so to all the resentment she's held against her mother for all the ways her mother's abuse damaged her life. It's a powerful depiction of active healing and transformation following trauma.

But the power of that scene feels like an anomaly for the season, because most of Big Little Lies' focus on Elizabeth has been to demonstrate that she's ~pSyChIc~ or something (for a show that's otherwise staunchly realistic, it's never really explained what Elizabeth's powers are). Since she appeared in the season's second episode, "Tell-Tale Hearts," Elizabeth has been having visions of someone drowning and trying to lay intentional hands on Bonnie in order to discern what's going on. In a particularly wacky moment, she lays a feather, a crystal, and a chicken bone (yes, really) on her daughter's nightstands as she sleeps. Viewers seem meant to believe that Elizabeth is just one ritual away from figuring out what really happened to Perry. Meryl Streep's overbearing Mary Louise, the dead man's mother, similarly always seems one revelation away from finding out the truth, but Mary Louise never relies on literal magic to discover anyone's secrets. Instead, only Elizabeth is given these magical powers. Maybe her use of them is meant to explain Bonnie's pre-murder free spirit, but, come on, you didn't have to be raised by a witch to grow up to enjoy yoga and meditative walks. More likely, though, it's an example of the "Magical Negro" stereotype, long used in Hollywood, and never a welcome sight.

This cinematic trope has presented itself over and over again in American film and television. It involves the placement of a Black supporting character who is in possession of profound insight and even literal powers whose entire reason for being is to help a white person, but then disappear once the white person feels better about their situation. In Big Little Lies, Elizabeth's "magic" doesn't seem to be in service of a white person, but rather some kind of catalyst to her daughter's healing. But, was magic really necessary? Why couldn't it have been achieved through less mystical means?

And also, what is Big Little Lies getting at? Are Elizabeth's mythical traits meant to act as a buffer for the fact that she's abusive? It's worth noting that in the books, Bonnie's father was the household abuser. They could have just left this detail as is, if they were just going to use telepathy to suggest she's merely misunderstood. None of it makes sense.

All of this is even more disappointing because one of the few other areas where Big Little Lies lacks is in the diversity department. The arrival of Bonnie's mom in Monterey brought with it the promise of another Black woman to offer a different perspective. Instead, all we got was chicken bones, watery premonitions, and a backstory full of mental instability and abuse.