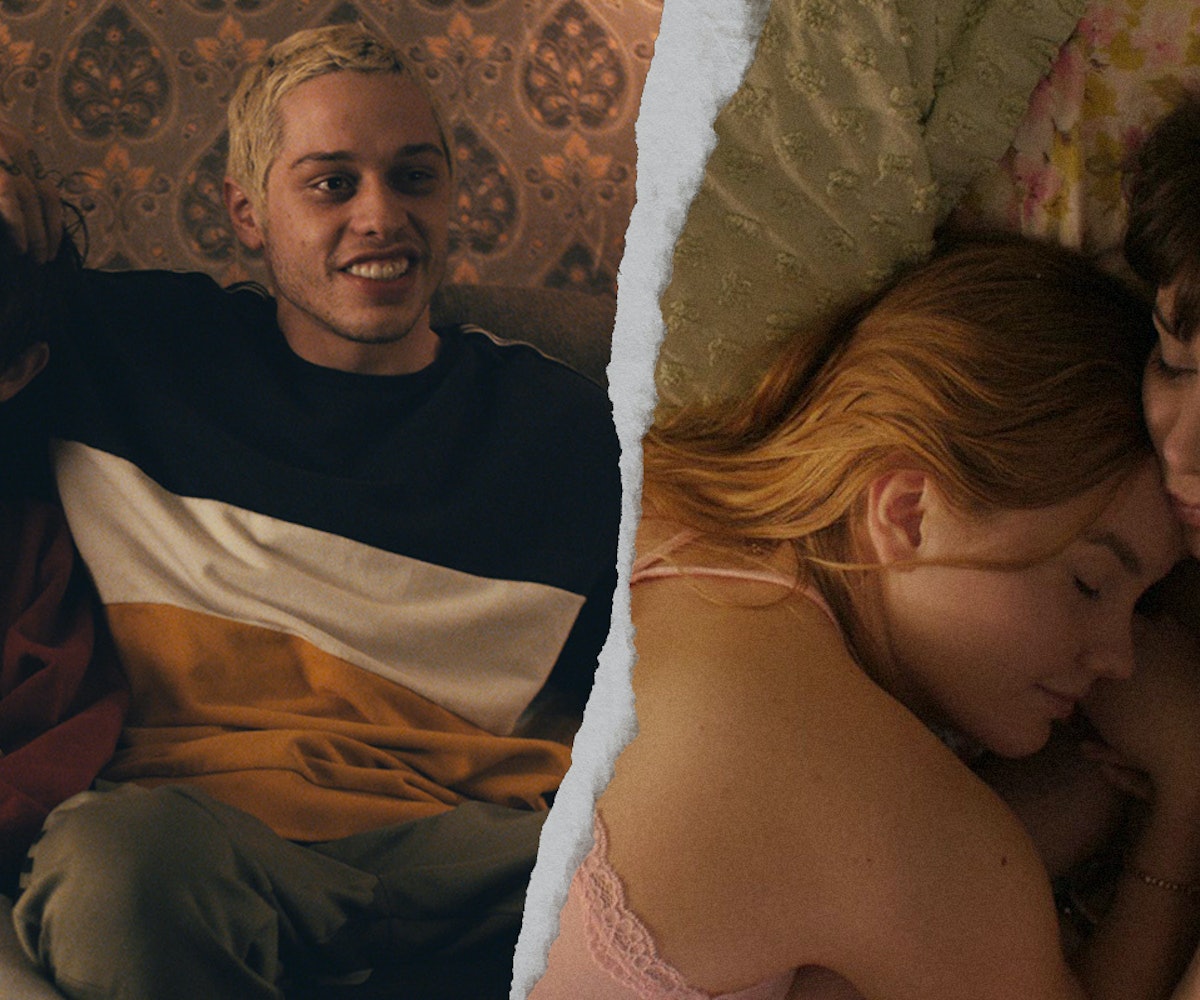 Remember the late '90s, when a teen-content boom meant three or four movies and a couple of teen-oriented soaps like Dawson's Creek? Thanks to streaming services, those numbers now seem pitifully niche; there's probably more filmed entertainment about teenagers right now than ever before. Yet at the same time, it's not always easier for these teen movies and shows to achieve escape velocity from the same relationship dynamics: the best friends split by diverging interests; the social outcasts banding together to learn from each other; and the ever-popular love triangle between a relatable girl, a handsome guy, and a nerdier, seemingly more sensitive rival. So it's refreshing when movies show a willingness to tinker around with the math of teenage relationships, even if they aren't always sure how to avoid a few soap puddles.

Two new streaming-theatrical hybrid releases are particularly strong examples. Big Time Adolescence, which is now streaming on Hulu, is about a teenage boy whose unlikely best friend is his older sister's dirtbag ex-boyfriend. Banana Split, which debuts on VOD on March 27, is about a girl who improbably becomes best friends with her ex-boyfriend's new squeeze. Their hooks sound similar, but they're tonally distinct, united by an open-hearted affection for, and unusual sensitivity toward, their characters.

In Big Time Adolescence, Mo (Griffin Gluck, from American Vandal) is a soft-spoken semi-outcast at his high school who feels a lot cooler in the presence of Zeke (Pete Davidson), a genial 23-year-old burnout living in the house his grandmother left him. Zeke's future plans are on the same basic level as his stoner philosophizing: theoretical bullshitting, whether it's about how to win over a girl or the talk show he plans to host. Despite his frequently dead-end ambitions, Zeke has stuck around as a sort of casual babysitter-mentor to Mo, long after Mo's sister (Emily Arlook) broke things off when Mo was still a kid. Zeke's inherited residence is somewhere between a clubhouse and drug den, half-debaucherous and half-wholesome, with his girlfriend-ish Holly (Sydney Sweeney) doting on Mo and cooking meals for the boys. (It's an unspoken irony that Mo blows off his own family's domesticity for this edgier version of home cooking and dinner-table conversation.)

Big Time Adolescence spends a fair amount of time in Mo and Zeke's company without leaning too hard on its plot points: That Mo's parents, particularly his exasperated father (Jon Cryer!), are uncomfortable with his closeness to Zeke, and that maybe they're right to be concerned, as Zeke and Mo partner on a mark-up heavy drug distribution business at the house parties where Mo is welcome primarily as a supplier. Mo also want to win over his crush Sophie (Oona Laurence). It's pretty basic teen-movie stuff, which writer-director Jason Orley fleshes out by training his eye on the townies who never went anywhere after high school, who know all the social reference points (they know everyone's older siblings) while living in their own parallel, perpetual adolescence. Davidson may not be the rangiest performer to come from the Saturday Night Live trenches, but this role draws so naturally on his odd charisma and tossed-off line readings that it never plays like an overdriven vehicle for his shtick. It's somehow more of a distillation: A Pete Davidson type who doesn't have the drive to channel his sensibility into comedy.

Orley has a knack for getting what he needs out of scenes and cutting away before they overstay their welcome, which only falters toward the end, where his expediency means that both Sophie and especially poor Holly leave the story with little ceremony. Despite the necessary isolation it represents for Mo, it feels unkind to women the movie has depicted with some shading up until the final stretch.

Banana Split, focusing on two young women, doesn't have this problem, though it does have some trouble explaining why Nick (Dylan Sprouse, twin of Riverdale's Jughead) would be of more than passing interest to either April (Hannah Marks) or Clara (Liana Liberato). April at least has familiarity on her side; she's gone through several years of high school as Nick's girlfriend (depicted in a swift, seamless flow of canoodling and bickering), and is appropriately devastated by their graduation-day breakup. When Nick's new-in-town girlfriend Clara reaches out to April at a party, the girls are surprised to find themselves compatible. After a brief period of awkwardness, they decide to form a clandestine, affair-like friendship; Nick can never know, and they'll do their best not to discuss him. April and Nick's nerdy mutual friend Ben (Luke Spencer Roberts) gets caught in the middle—and, later, performs some of the usual affirmation that April is not sexually infatuated with Clara, though April also tries to be clear on that front ("I feel like I've been giving you some lesbian undertones").

Romantically, though, maybe; Banana Split plays a lot like a rom-com, rich in charm and banter from a script that Marks, only 25, also co-wrote (she wrote and shot it even earlier; the movie had its first festival screening in 2018, so it mostly avoids twenty-something-playing-teen vibes, both on-page and on-screen). Movies like Booksmartand Superbad have explored this friendship-as-true-love dynamic. Banana Split distinguishes itself by catching one of these bonds at its beginning, not at a possible breaking point. It keys into the heedless rush of meeting someone on your exact wavelength, furthering its romantic bona fides. Even when the endgame is friendship, Marks makes a great who-me rom-com heroine, with a deadpan surliness that never becomes overwritten. In addition to understanding April's voice, Marks and director Benjamin Kasulke have a feel for the way that the products of digital connectivity—texts, Instagram posts, FOMO—become their own vehicles for adolescent hormones and strife.

Both Big Time Adolescence and Banana Split are so charming and funny in their everyday angst that they don't seem certain how to tease out and resolve their stories' serious grounding. Adolescence does a slightly better job by bringing in some actual consequences to all the youthful shenanigans, while Banana Split eventually flips the switch for love-triangle drama it so nimbly channels into currents of unease for most of its running time. Weirdly, both movies find the right ending in a similar place: They both close on a car pulling away. Viewed in close proximity, this should make Big Time Adolescence and Banana Split seem more similar than disparate. Instead, they're like the smart, funny, slightly lost friends who go to different schools—and worlds away from most teen movies.