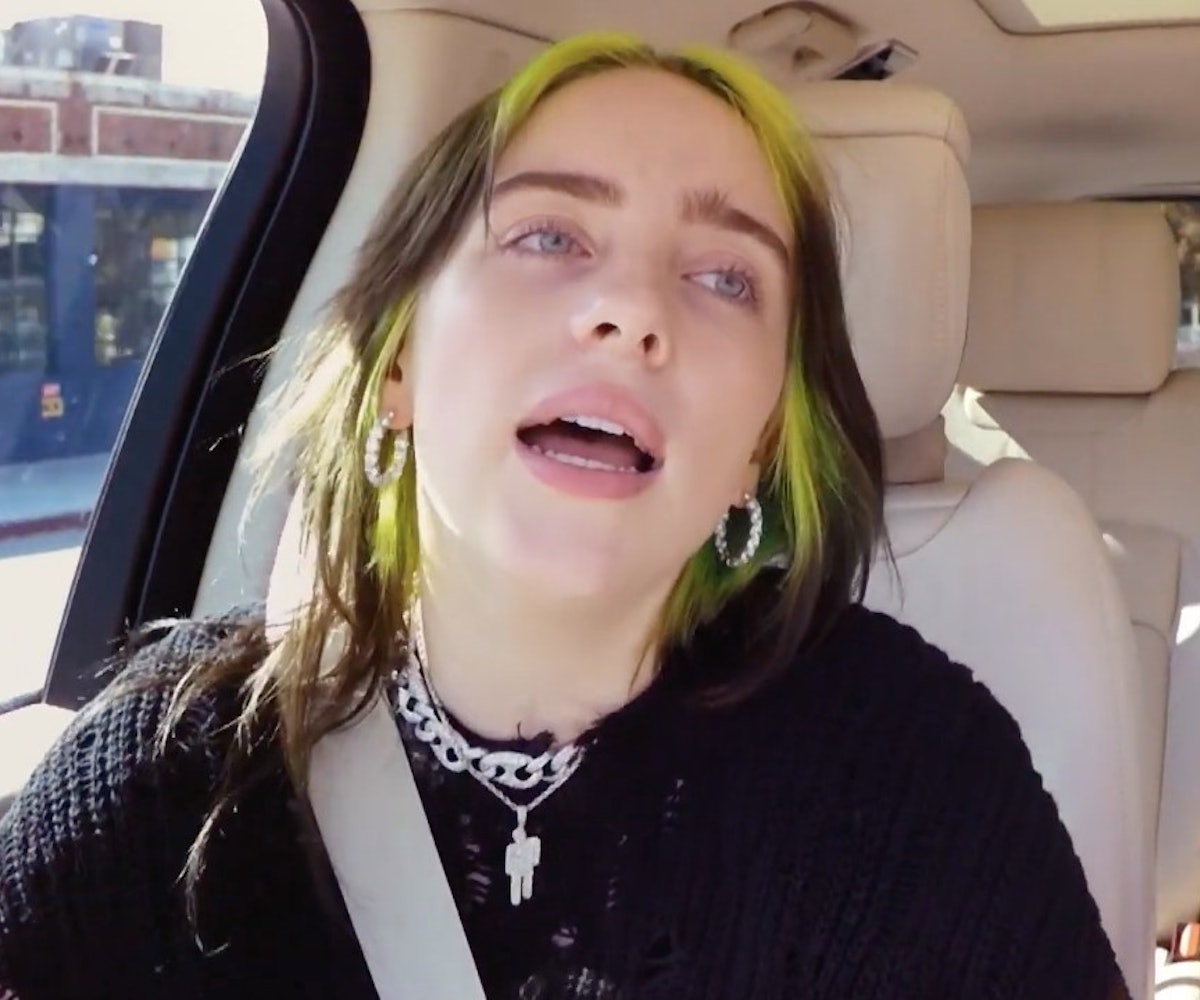 Billie Eilish is the latest musician to join The Late Late Show host James Corden's popular franchise Carpool Karaoke, a taped segment that involves a musical guest and Corden singing along to their old tunes as they "carpool to Corden's job." For Eilish's carpool appearance, she and Corden sang "bad guy," "all the good girls go to hell," her breakout hit "Ocean Eyes," and a short Beatles cover, which Eilish performed on a ukulele. Corden and Eilish then landed on the topic of her love for Justin Bieber, and together they sang an impromptu a cappella of Bieber's hit "Baby."

Later, the two drive to Eilish's childhood home in Los Angeles and visit the home studio where Eilish and her brother Finneas had conceived and made all of her music to date. Eilish also shows off her pet spider, a discovery that is not the slightest bit surprising. Eventually the two make their way back to the car, and finish their ride off with "when the party's over."

Eilish is coming off a big 2019, bagging Apple Music's Artist Of The Year distinction and six Grammy nominations. She recently put out her self-directed music video for "xanny," for which she went brunette, and dueted with Alicia Keys for a mesmerizing performance of "Ocean Eyes," also on The Late Late Show. Watch Eilish's Carpool Karaoke below.