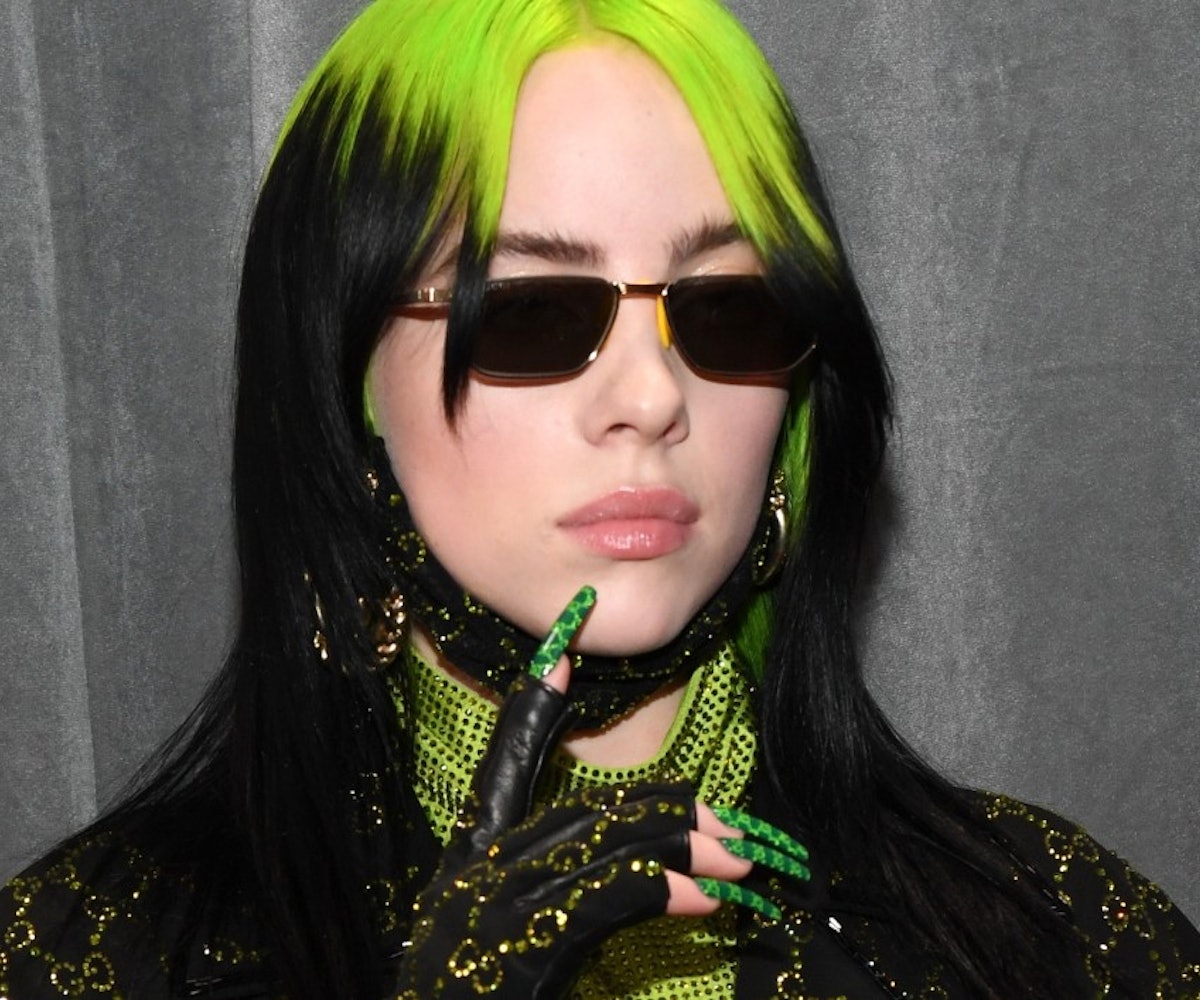 Billie Eilish hit the 2020 Grammy Awards in custom head-to-toe slime green Gucci, the same shade as her neon-dyed roots. It seemed green was her color of the night as the young pop star also donned long forest-green nails to go along with her monochromatic look. Later on the red carpet, the "Bad Guy" singer pulled out a black mesh face mask with green bedazzled Gucci logos that twinkled under the lights. Eilish, who has upended society's expectations on what a young pop star can and should dress like, is clearly continuing that streak with her glam award show fits.

Eilish has already won two Grammys in the Best Pop Vocal Album, and Best Engineered Album Non-Classical categories for her 2019 debut album WHEN WE ALL FALL ASLEEP, WHERE DO WE GO? The project, produced alongside her brother, Finneas, was inspired by the singer's lucid dreams and sleep problems, its themes touching on sleep paralysis, night terrors, and nightmares.

The singer was nominated for six awards at the 62nd iteration of the award show including: Best New Artist, Record of The Year, Song of The Year, Best Pop Solo Performance, Best Pop Vocal Album, and Best Engineered Album Non-Classical. She will also be making her debut appearance on the Grammy stage.

The 2020 Grammys took place on January 26, 2020 at the Los Angeles Staples Center with Alicia Keys as host. See the full list of winners and best red carpet looks.