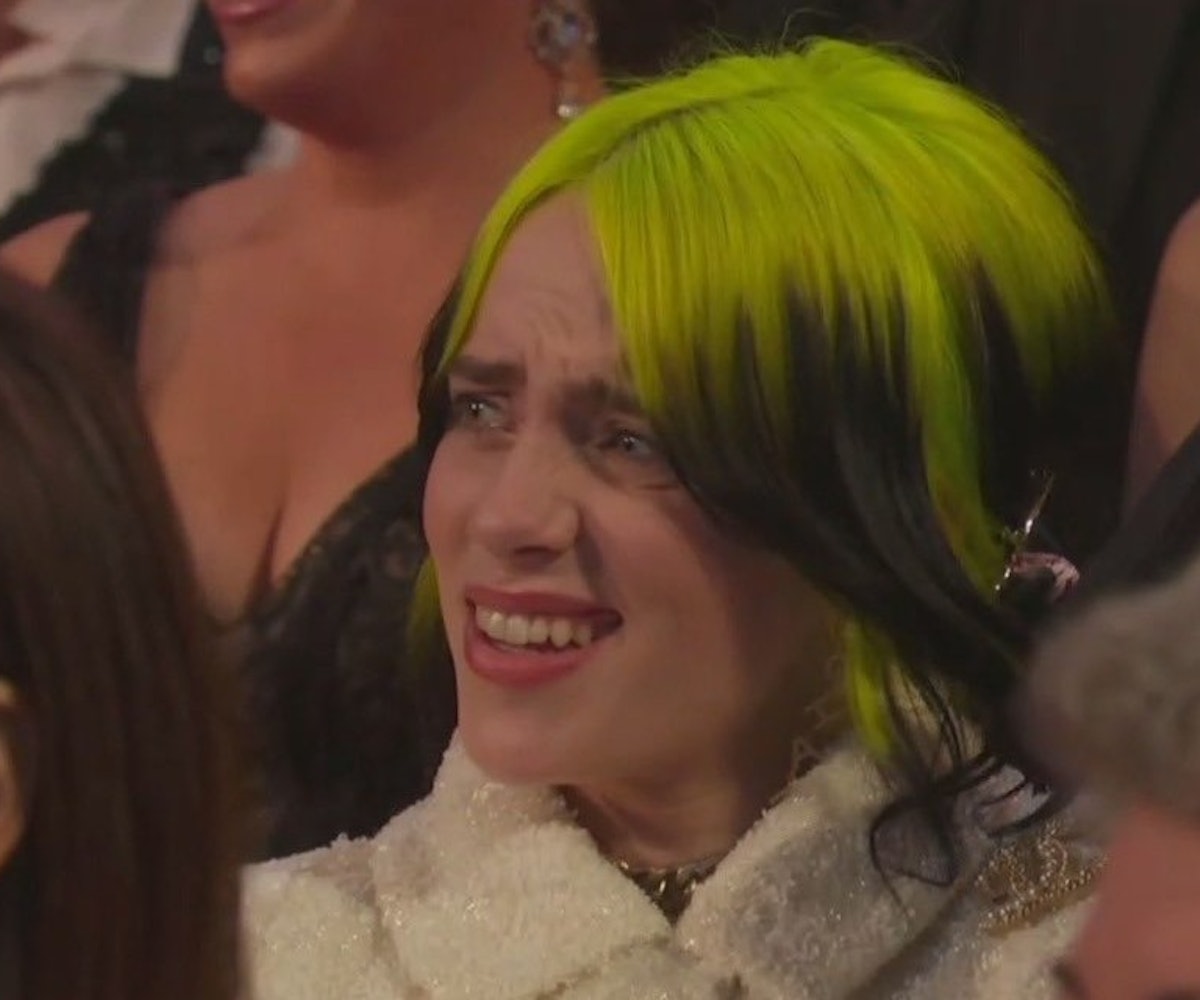 Does Billie Eilish know who Eminem is? Kristin Wiig? Maya Rudolph? These were the questions running through my mind as the 2020 Oscars wheeled through the weary homage montages and out-of-touch establishment pandering segments. It became an interesting exercise to wonder what Eilish — being one of the younger stars in attendance at the Sunday night award show and de facto stand-in for anything related to Gen Z — was thinking of all of the hubbub happening on stage in front of her. Was she excited? Elated? Confused? For example, when the show producers inexplicably brought out Eminem to perform "Lose Yourself" (of "mom's spaghetti" fame) 18 years after the release of 8 Mile, did she also wonder: but...why?

Thankfully for her, but mostly for all of us, the 18-year-old pop star is blessed with an incredibly expressive face that showed expressions ranging from incredulous bewilderment to pure skepticism throughout the award show — all emotions that I was feeling at the same time, and it turns out, everyone else at home was too. If "Ok Boomer" was distilled into a singular, feel-able emoji, it would probably look like Eilish's face.

Of course, the internet quickly jumped onto the candidness, turning her reactions into memes. They're funny — yes — but mostly, they're a refreshing and honest response to the old and stuffy air that's seeped into the Oscars, and frankly, all award show institutions. And while most of us probably did understand all the show's references and know all the people, it's comforting to know that the 2020 Oscars was an enigma for us all. See the best of Billie Eilish's Oscar reaction memes below.