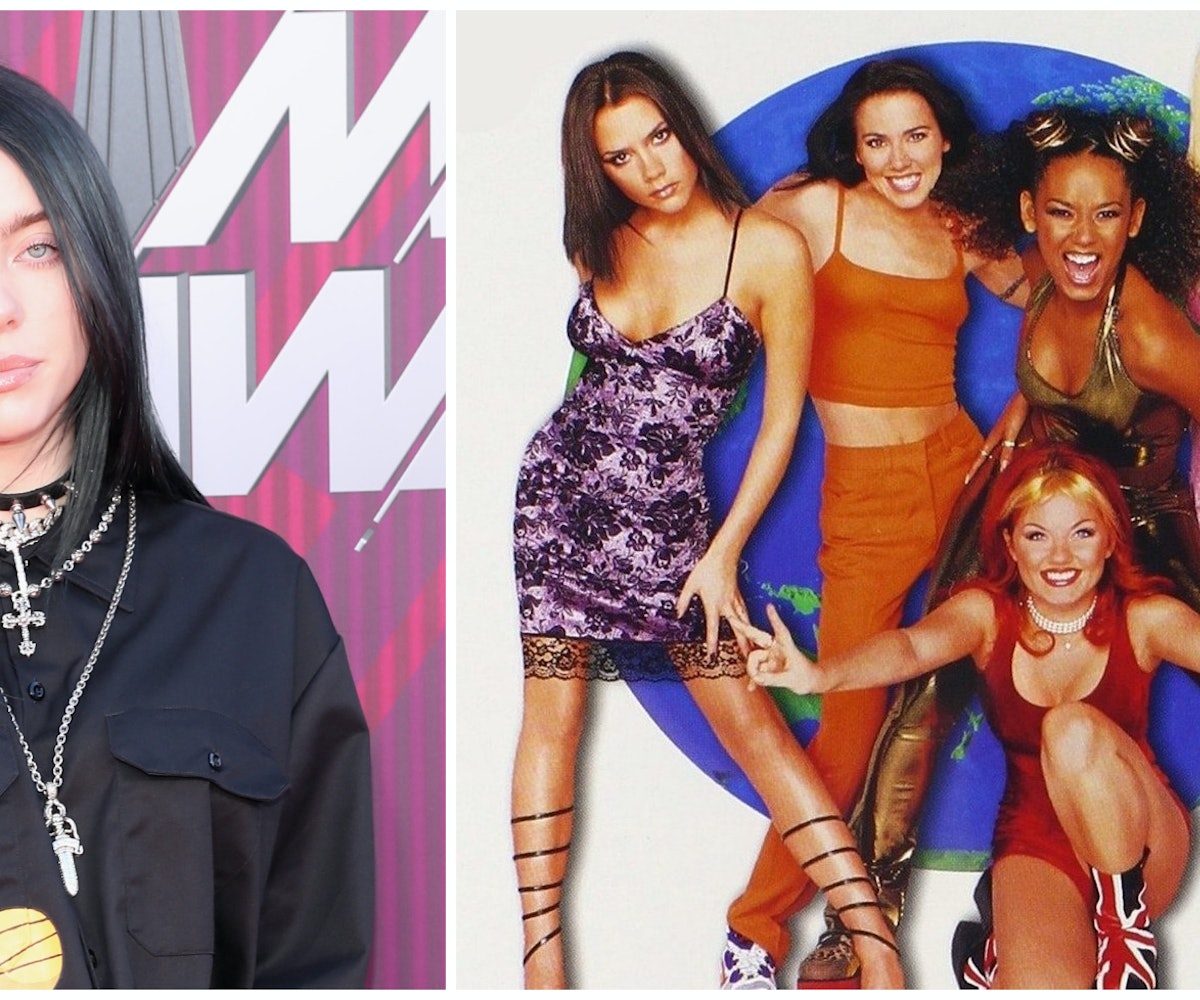 Billie Eilish turned 17 last December, and she really showed her age recently when she revealed that she once thought the Spice Girls were not a real group. During an appearance on Capital FM's Breakfast show, Eilish explained that she was introduced to the Spice Girls through their movie Spice World, and so figured they were just part of "a made-up movie about a group of girls who sang," rather than being an actual global sensation. It wasn't until a couple years ago that she discovered they were a real act.

As NME notes, Eilish has already come clean about this misunderstanding before, when she told Ellen Degeneres, "I remember seeing Spice Girls [were coming back] and thinking, Oh my god, they're re-enacting the movie." Wild.

Or, is it? After all, sometimes we find it hard to believe that the Spice Girls weren't just a figment of our imagination. And all the recent news about whether or not Mel B and Gerislept together only adds to that surreality.

Anyway, while Eilish definitely missed out by not knowing for sure if the Spice Girls were real, hopefully, she's made up for lost time by jamming out to their entire discography non-stop.