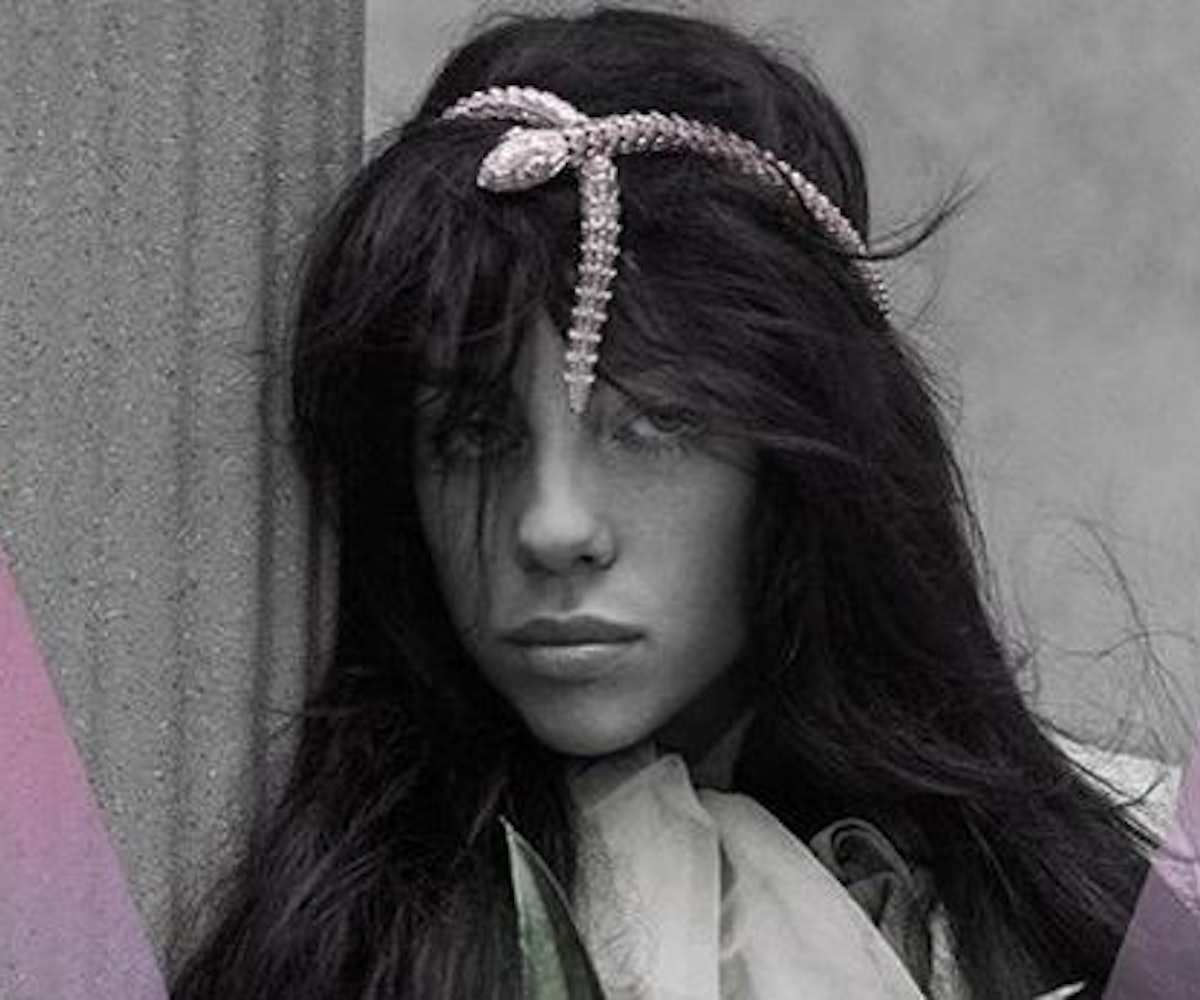 Billie Eilish has been racking up magazine covers as of late. The "Bad Guy" singer recently graced the covers of Vogue Australia and Rolling Stone—and now she can add V Magazine to her growing list. Eilish offered another peek into her soul for the magazine's 20th-anniversary issue, in which the singer was interviewed by industry icon Pharell, who called her a "gem" and the "Britney Spears of Gen Z." Alongside the article came an uncharacteristically ethereal photo spread to match.

On the cover, Eilish is rocking waist-length hair and a full bang, a serpent Bulgari necklace worn as a headpiece, and a lace-adorned Gucci shirt and cape. Both the beauty and fashion looks are a departure from the singer's usual aesthetic—shoulder-length black hair with occasional lime green roots or blue strands, baggy clothing, extra-long nails—save for the signature smolder. The makeup is minimal in comparison to her usual look—although her bottom lashes are really having a moment—allowing her long hair to take center stage. It's an unexpected look for the singer—and one that showcases the singer's versatility perfectly.

See the cover, below.