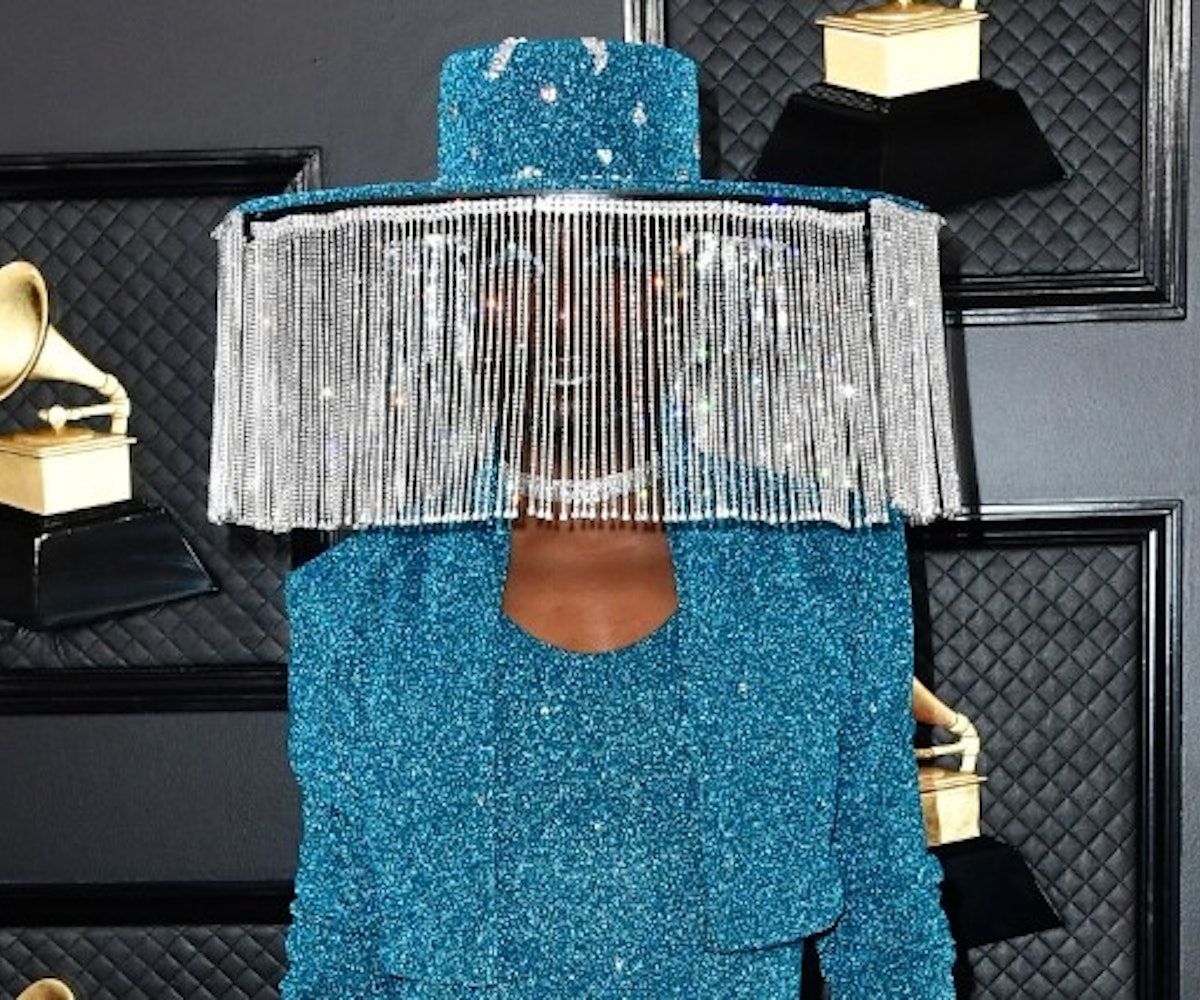 Photo by Frazer Harrison/Getty Images for The Recording Academy

In a look that ended all looks, Billy Porter's 2020 Grammys outfit involved a blinged-out hat inspired by Billie Eilish. The actor arrived on the red carpet wearing a custom blue Baja East ensemble complete with a wide-rim hat, made in collaboration with Sarah Sokol, that boasts over 70,000 crystals in total. To make sure that the crystal fringe didn't always cover up the Pose star's face, the hat also has a remote control, carried by Porter's stylist Sam Ratelle, to open and close the fringe.

Ratelle spoke to E! News on the red carpet (unclear who was operating Porter's hat during this time), saying that Porter was inspired by none other than Eilish for the look. Eilish wore a Burberry hat to the 2019 AMAs with crystal netting covering her face, which Porter apparently wanted to create, but with the option to show his face.

"Billy and Billie Eillish had a beautiful moment on the red carpet at the [American Music Awards] where they both gushed over each other's hats. Billie was wearing a Victorian-inspired beekeeper bonnet with netting covering her face," Ratelle told Vanity Fair. "After the event, Billy jokingly told me he loved her look but after 30 years of working his way to Hollywood, 'y'all are gonna see my face!'"