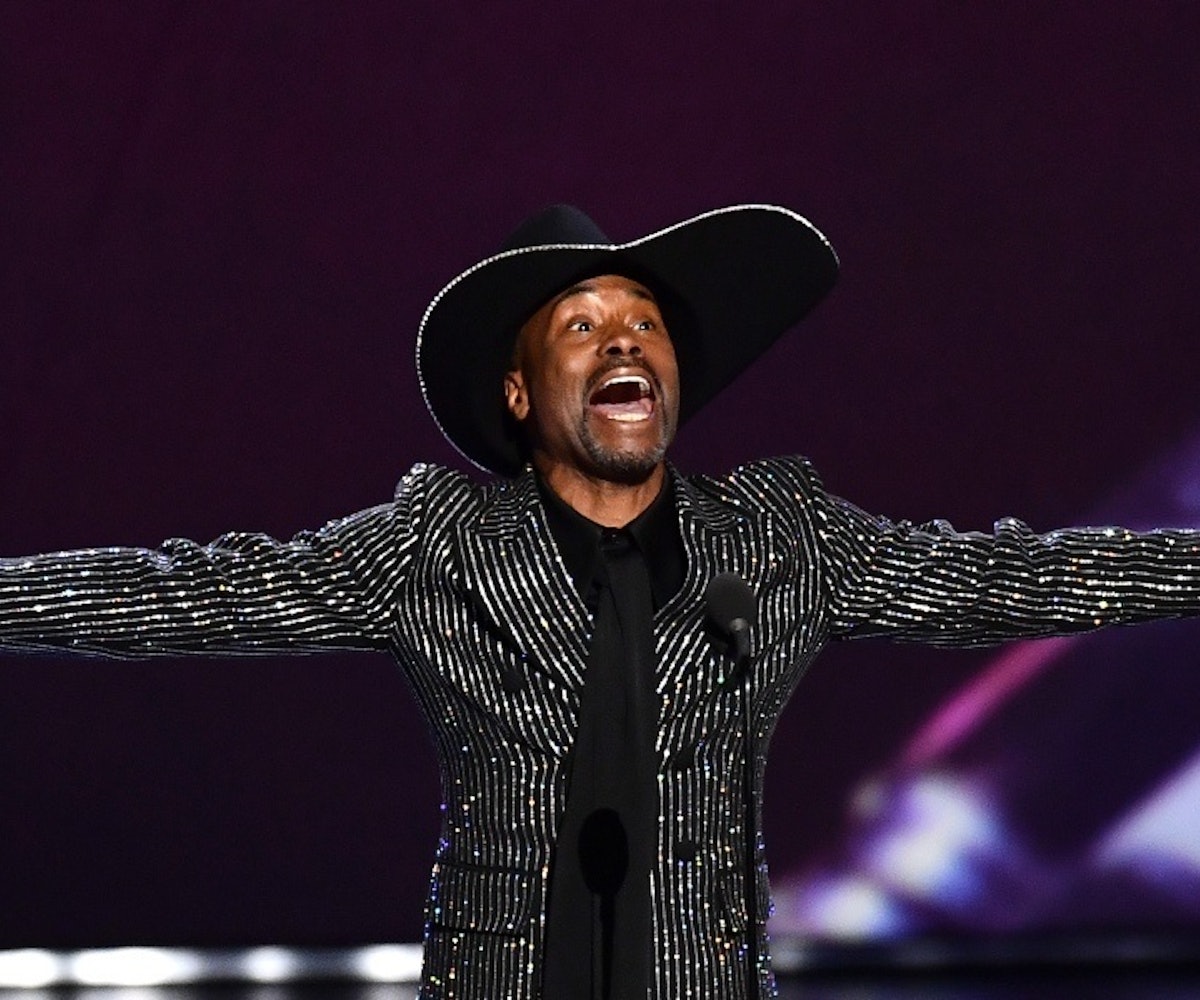 Billy Porter interrupted the 71st Primetime Emmy Awards' parade of mostly-white winners when he took home the award for Best Actor in a Drama Series for his role as Pray Tell in Pose, Ryan Murphy's historic LGBTQ series. The win makes him the first openly gay Black man to win in that category.

"The category is LOVE!" he said in his acceptance speech before quoting James Baldwin: "It took many years of vomiting up all the filth I'd been taught about myself, and half-believed, before I was able to walk on the earth as though I had a right to be here." His castmates, Indya Moore, Dominique Jackson, and MJ Rodriguez, cheered him on from the crowd.

Despite his long career, which spans almost three decades, this is Porter's first Emmy. Add that to the Grammy he received in 2014 for Best Musical Theater Album, and the Tony he won in 2013 for Best Actor in a musical (both were for Kinky Boots), and what we have is a man who is just an Oscar away from achieving EGOT status. It's only a matter of time before he attaches himself to a film that gets him there.

Porter was only the third Black person to win an Emmy tonight after RuPaul snatched one for Drag Race and Jharrel Jerome was given his flowers for that powerful performance in Ava DuVernay's When They See Us. Porter's incredible hat, which stood at least a foot off the side of his head and is also black, deserved to be the fourth.