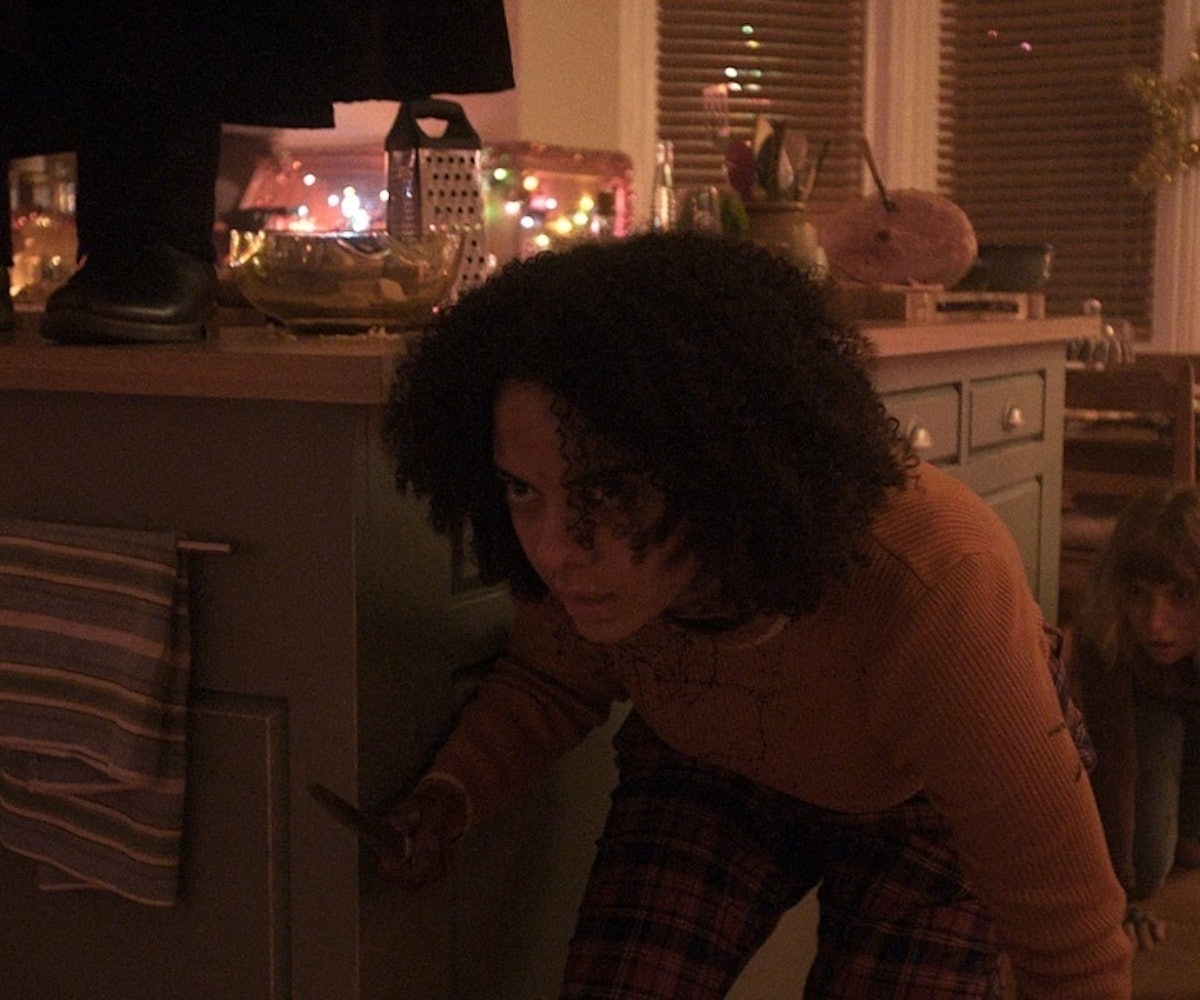 Holiday horror, a delightfully campy genre of scary movies, is alive and well thanks to the good folks at Blumhouse. The studio known for handing out nightmares just dropped the trailer for its next movie, Black Christmas, in which it becomes clear that some college students might not make it home for winter break.

In the trailer, a group of sorority sisters are rattled when one of their own goes missing after a party. What they don't know is that a hooded figure has killed the woman with an icicle (the obvious weapon of choice for winter psychos), and that they could be next. The twist that takes Black Christmas up a notch is the behavior of the local frat dudes. They're shooting mysterious stares and offering up pathetic pranks as their female peers move through campus in fear, making it not at all surprising when It turns out that they're involved in some sinister rituals of their own.

Black Christmas is from the same studio that gave us Get Outand The Purge, and it's pretty clear that Blumbouse decided it was time to offer up some social commentary on the culture of rape and sexism on college campuses. We're just glad to see that the girls are fighting back, complete with crossbows.

Black Christmas hits theaters on December 13. Check out the trailer, below.

NEXT UP
Life
Paul Mescal Is A Single Dad In Emotional Aftersun Trailer
Entertainment
Lindsay Lohan Teases Her Return To Film, 'Falling For Christmas'
Entertainment
'Welcome To Chippendales' Tells The Dark Story Of The Stripping Empire
Entertainment
Timothée Chalamet Stars In Dark & Dreamy 'Bones And All' Trailer