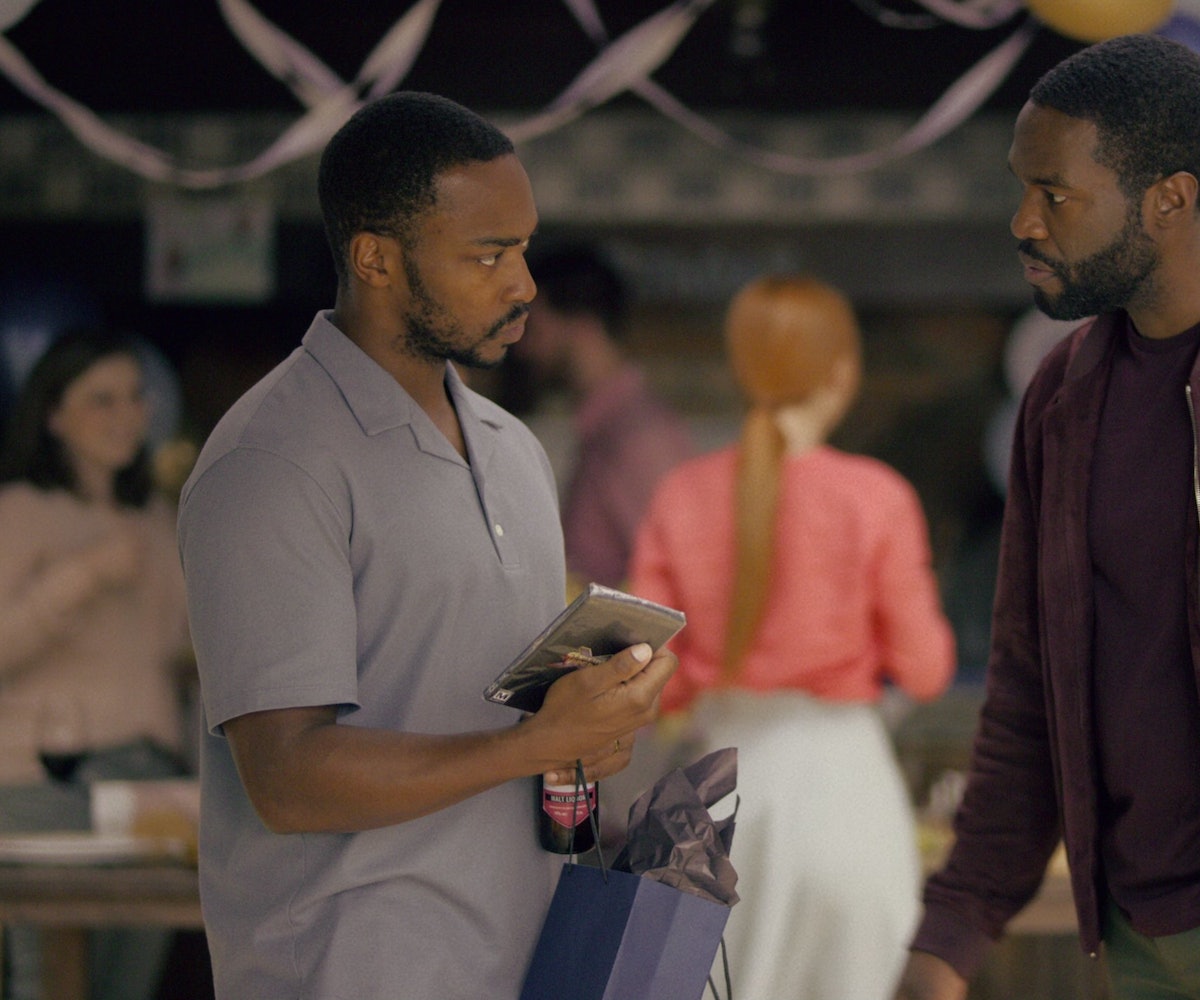 While everyone else has been picking apart "Rachel, Jack and Ashley Too," the new Black Mirror episode starring Miley Cyrus as both a troubled pop star and her synced robot doll, I can't stop thinking about "Striking Vipers." The first episode in the new season focuses on the friendship between Karl (Yahya Abdul-Mateen II) and Danny (Anthony Mackie), who bond over a virtual reality fighting game, called Striking Vipers, that transports users' consciousness into a virtual reality simulation.

While playing the game, Karl and Danny can feel the physical sensations corresponding to their characters, Roxette (Pom Klementieff) and Lance (Ludi Lin). Things get complicated when Roxette and Lance start having sex, leading to a fraught dynamic between the two real-life friends. Soon enough, Danny's preoccupation with this fantasy life causes him to have problems with his wife Theo (Nicole Beharie), and it's in this way that "Striking Vipers" forces us to question the parameters of heterosexuality, monogamy, and sex itself.

Because Karl chose Roxette as his character, he experiences sex in a woman's body. He describes the feeling to Danny as being like a "whole fucking orchestra" compared to the "guitar solo" that is male pleasure. He says, "The tune's basically the same, different tempos though." Karl enjoys it, and it has no bearing on his own gender identity or orientation. It's just a new sexual sensation. Still, though, it's a powerful enough sensation that Karl and Danny meet up in real life to kiss so they can see if there's anything more to their interest in the game than just fantasy. It turns out, though, that there isn't, and Danny can feel reassured that his marriage to Theo is one he wants to continue.

While there is something unfortunate about the way "Striking Vipers" deploys a queer love story through the bodies of straight-presenting people, the indirect intimacy between Karl and Danny is an interesting way to explore these themes, even if it does feel like there's an avoidance of queer Black bodies, and a refusal to visually represent them. But, the point of the episode isn't to advocate for the right of Black men to fall in love with each other over video games, rather it encourages straight viewers to consider alternatives to sexual pleasure, and the role of gender in those interactions.

The episode's refusal to budge on the fact that Karl and Danny are straight Black men ultimately feels like a truly powerful narrative theme, because while queer people have been reimagining the parameters of sex and relationships for decades, straight people still need to do the work of looking outside their strict binaries and gender roles. In making this the focal point of the episode, "Striking Vipers" did exactly what

has sought out to do throughout its run: use the possibilities of technology to look deeper at the human condition.