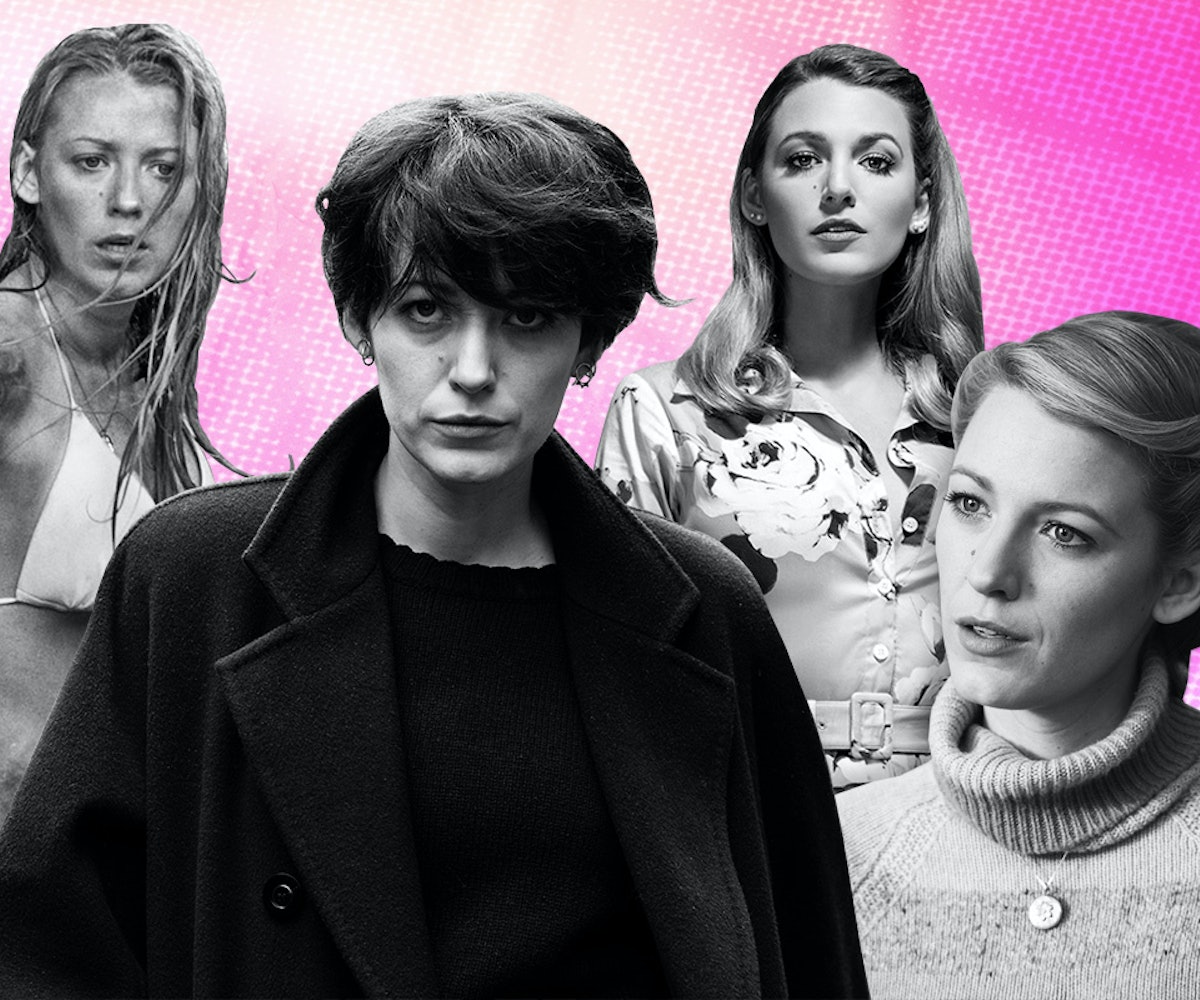 Like so many contemporary stars, Blake Lively first made a name for herself playing teenagers. In the Sisterhood of the Traveling Pants movies and on Gossip Girl for over 100 episodes, she was the picture of All-American youthful blondeness, despite being at least 20 for most of her screen time. Lively was also the star of a hit TV show at a time when many stars of hit TV shows gave up the ghost on the time-honored tradition of attempting (and often failing at) a major movie career. And yet, since Gossip Girl ended in 2012, Lively has steadfastly refused to return to television, or even so much as star in a potential franchise film. Blake Lively's new movie The Rhythm Section is the closest she's come since the ill-fated Green Lantern nearly a decade ago, and only in the sense that it's adapted from the first in a series of airport-novel spy thrillers.

But if The Rhythm Section does become a movie series (which seems, at this point, fairly unlikely), it'll still be of a piece with her other recent work: This is a pulpy, R-rated thriller for adults, relatively light on action and heavy on close-ups of its star's face. In a market where characters and brands tend to matter more than famous actors, plenty of bigger names can nonetheless lay claim to being the last true movie star. But Lively truly acts like an old-school star, appearing almost exclusively in vehicles that seem to imagine fans of her television show having grown up and moved on, as she has.

If most of her movies aren't explicitly about the aging process, they do often grapple with what comes after youth. In The Age of Adaline, she plays the title character, a woman frozen as her 27-year-old self; time moves forward, but she stays the same age. In the comic mystery A Simple Favor, she's a glamorous young mother, toying with the convention that actresses skip from ingénue to mom to sassy grandma at an accelerated pace. In the shark thriller The Shallows, she's a med-school dropout grappling with the death of her mother, a loss that seems to set her back into 20-something wanderlust. The Rhythm Section places her in a similarly nebulous age range. She plays Stephanie Patrick, an English woman whose entire immediate family died in a plane crash, sending her into a spiral of guilt and addiction, eventually looking for salvation in violent revenge when she finds out the crash may not have been an accident.

Given Lively's real-life age (32) and family (made up of husband Ryan Reynolds and three children), and how the information is presented in the trailers, it wouldn't be unreasonable to expect that her lost family includes a husband and maybe a small child. So it's a little surprising to find out that Stephanie is mourning the loss of her adult parents, seen (along with some also departed but less emphasized siblings) in flashbacks that make the character appear all of about 22 (no career or outside friends are mentioned, though her posh education is). It's a relief that the movie doesn't rely on the easy emotional shortcut of offing a fictional child for sympathy, and, of course, the loss of a parent hurts at any age. Yet it also makes Stephanie's descent—in dude-pulp-novelist fashion, she turns to drugs and prostitution in her grief—seem slightly out of time, even remote.

Remoteness is part of Lively's persona, though, she's not naturally, openly emotive; even in Adaline or Favor, her approximations of old Hollywood melodrama, there's something opaque and unknowable about her, a serene confidence that sometimes lets her costume designers do some work. The Shallows lets her open up—but specifically as a solo act, stranded alone as a shark circles hungrily. The Rhythm Section ultimately gives her plenty of both modes: early scenes heavy on quivering post-breakdown expressions of grief, and later ones where she steels herself to jump into the shadowy world of international espionage.

Some plot absurdity aside, in the hands of director Reed Morano, Rhythm becomes a star vehicle; she often keeps her camera either fixed on Lively's face or at her back with following shots. As ever, Lively is isolated: Morano avoids placing her star in the frame with her scene partners, or even in solo scenes with whatever Stephanie is looking at. Lively has more co-stars than she did in The Shallows, but the movie turns its other actors—Jude Law, Sterling K. Brown, and others—into de facto circling sharks, even when they mean her no harm.

What's interesting is Morano's almost-clinical approach to sex (even substantial experience with prostitution somehow can't turn Stephanie into a full-on black-widow sex murderer a la Jennifer Lawrence in the less scrappy, larger-scale spy thriller Red Sparrow). This is not surprising in the context of a Hollywood thriller, but some past Lively vehicles, especially the bonkers restored-sight melodrama All I See Is You, have been surprisingly upfront in their sexuality. Perhaps that's an extension of her fashion-consciousness; Lively is a magazine-cover mainstay in real life, and on film, she's been gravitating toward B-movie stylists. Her post-Gossip Girl career may not involve any genuine blockbusters, but Lively still comes off like a movie star because she's actively invested in her own image-making. She seems to understand that franchises may dominate contemporary Hollywood, but on big screens, the idea of a movie star never goes completely out of style.

The Rhythm Section is out in theaters Friday, January 31.