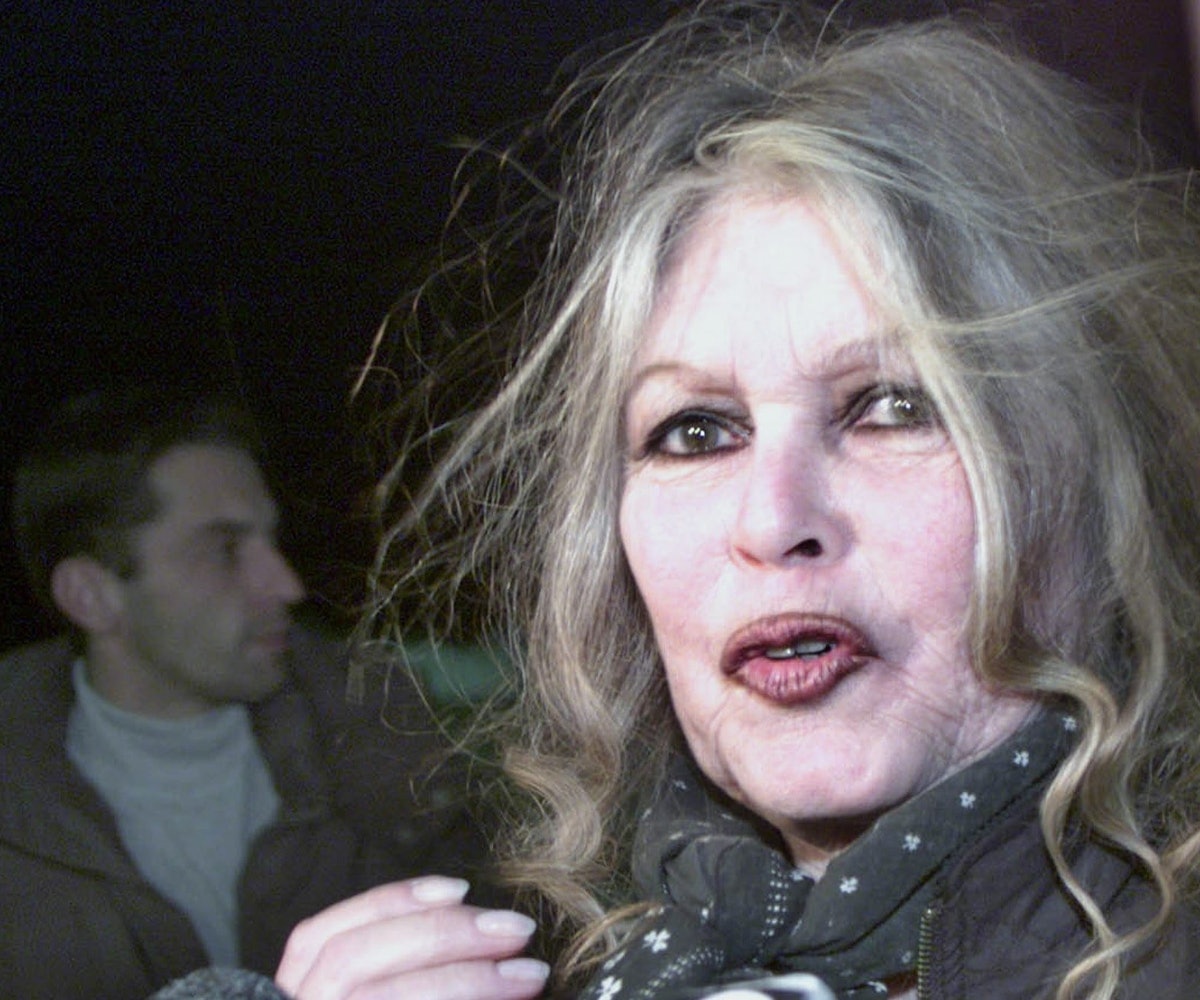 Former actress and current animal rights activist Brigitte Bardot is being sued for making "racist" comments. After visiting the French Indian Ocean island of Réunion and seeing that some of its native inhabitants sacrifice animals for their rituals, she wrote an open letter to the island's prefect, describing them as "degenerate savages," among other offensive terms.

In her letter, she described Réunion as a "demonic isle," because she witnessed cruelty to dogs, cats, and other animals during her visit. But her overt racism was reserved for the island's Hindu Tamil population—who she said perform rituals where they decapitate goats and "throw their entrails into the sea, which attracts sharks"—when she called them "aboriginals who have kept the genes of savages" and a "degenerate population."

In response, the highest ranking official of Réunion has filed a legal suit against her. In a statement, prefect Amaury de Saint-Quentin said, "This letter contains terms that are offensive and racist toward the inhabitants of Reunion."

Apparently, this isn't even close to the first time that Bardot has been put on trial for exhibiting racist tendencies—she's been convicted five separate times for making these types of comments, most of which have been Islamophobic. She's also said that victims of sexual harassment who come forward with allegations are "hypocritical, ridiculous, and without interest."

As important as it is to advocate for animal rights, that's not an excuse to exhibit this kind of behavior toward humans.