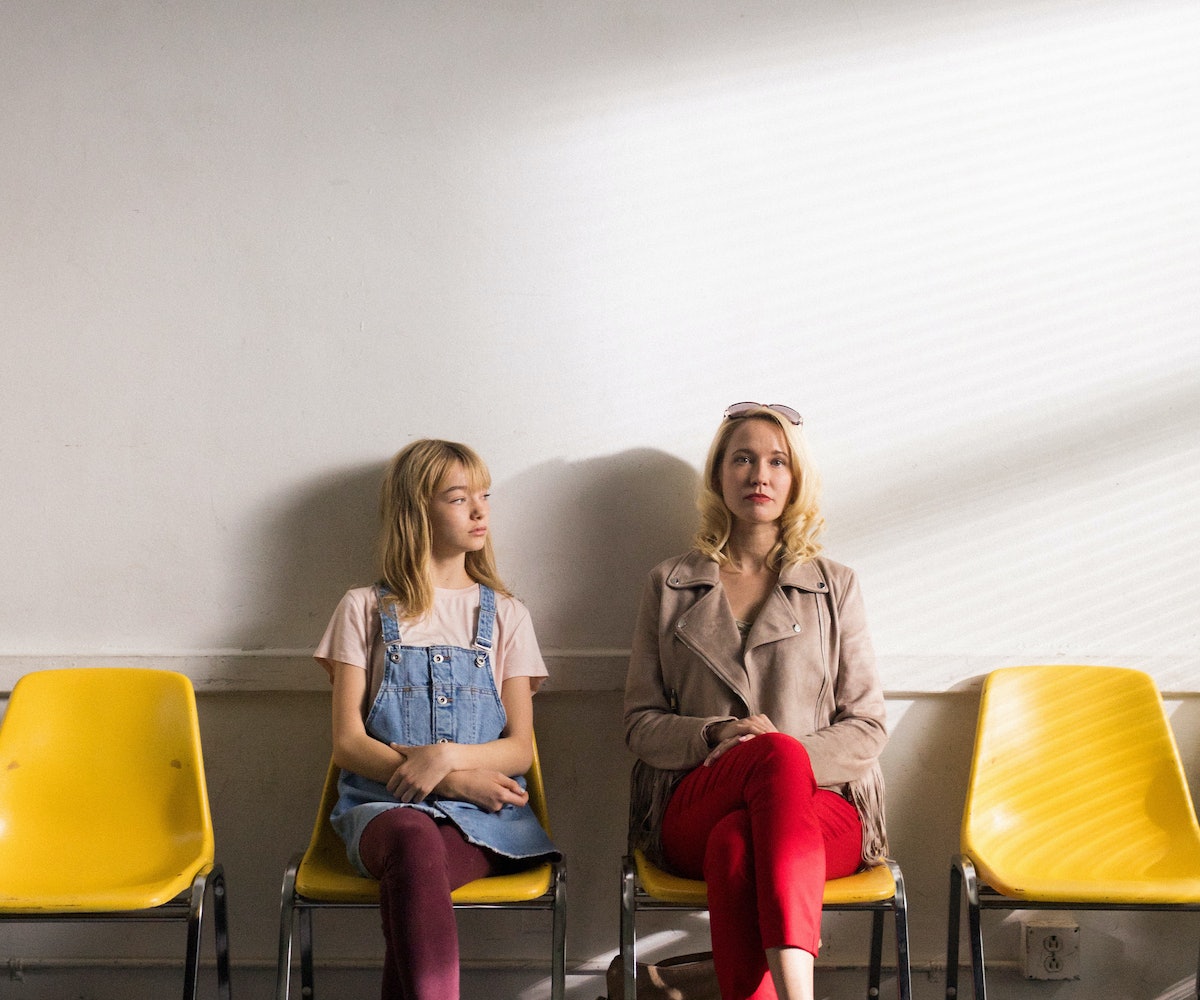 Since her breakout role in 1998 as Susan "Daisy" Lemay on Guiding Light, Brittany Snow has been a mainstay both on TV and in film, with roles in everything from the Pitch Perfect series to cult classic rom-coms like John Tucker Must Die. Now, 20 years later, she's taking on a new role — several, at that — as the writer, producer, and director of a new short titled Milkshake. "It's been a work in progress and something that has taken a long time," Snow said. "It's such a labor of love for me."

The film centers around the relationship between a young aspiring actress (newcomer Shree Crooks) and her mother, played by Snow's former co-star and close friend Anna Camp. The film was shot over the course of two days, and went on to screen at the Palm Springs ShortFest, the Nantucket Film Festival, the HollyShorts Film Festival, and the Naples International Film Festival, among others. Here, see the full film for the first time online, premiering exclusively on NYLON, and read on for an interview Snow about writing the very personal project and making her vision a reality.

When did you first write the screenplay?

About three years ago. I had always wanted to write, and had tried my hand at writing a couple of times, but was discombobulated because I didn't know what I wanted to write about. I was prompted by a friend who said, "Why don't you take the one moment that you know the best? The most true moment that you've ever experienced." I started thinking about that moment for me, and also about that moment for other kids and teenagers and what that moment meant. I wanted to write about the first time in your life that you understand what validation is and where it comes from. Since you've been a kid, you've been taking validation from your parents and making it your own. What they give you in terms of acknowledgment and praise shapes who you want to become, but there has to be a moment where you want that validation to come from yourself. I started thinking about that concept, and then it only took a couple of weeks to write it and I finessed it for a long time.

How did the first draft differ from the final version?

I think a lot of people don't know this, but this short is really about the beginning of a girl's eating disorder, and how the validation that she seeks from her mother and the high of getting her approval is tied to her wanting that high and that validation from sugar and food and this milkshake. The original script was a lot darker. There was a lot more focus on the idea that the milkshake was taking the form of her being soothed and getting her mom's attention. Over time, as people were reading it, they were a little freaked out by how strong that was. I had a couple of people who wanted to produce it who wanted me to tone it back, and in retrospect, I wish I would have been a little more forward with it because that's what the story is about. But, at the end of the day, I really like how it turned out and how it took a different form and is still there in another way.

The final version leaves a bit more up for interpretation.

Exactly. It's a little bittersweet, no pun intended, because you see the mom's side of all that she's given up for her daughter and how much she loves her daughter, but also how she's getting validation from exterior forces and not within herself. And same for the daughter trying to get validation from the mother and seeking it from exterior forces, like food. At the end, you can really see either side, whether she wants to maintain that power and hopefully find it within herself to fight back, or if at the end of the day, she goes back to those tools and wants a milkshake.

How did you go about casting the project?

Casting the little girl was the most important part, because a lot of the nuances that I wanted her to have and a lot of the habitual actions that she does were really important, like how she never really looks straight at anybody. I wanted her to have a sense of wonder that was effortless, and I thought that was a thing that would be hard to find. When I saw Captain Fantastic, I really fell in love with Shree, so I hunted her down little by little and offered her the part, and luckily she wanted to do it. And then Camp is one of my best friends. I thought it was really important to choose someone I know and could really embody such a complex character, because her actions are, seemingly on the surface, misdirected and terrible, but really it is coming from a place of yearning for a connection and wanting her daughter to succeed. Striking that balance of love and hate is difficult, but I knew Camp could do it.

Did you ever consider starring in it yourself?

I never wanted to. It was too close to me, and I knew that this was such a visual thing that I wanted to encapsulate. I wanted it to look like a little girl's memory, so everything is candy-coated and pink. I wanted it to seem surreal and that maybe it was a memory, and you don't really know what time period you are in. For all of those things, I had to make sure I was behind the camera and watching it. I thought that me being in it would immediately put somebody into the fact that I made it.

How did you balance all of those technical elements of actual filming the short with striking all the emotional chords within it?

It is such a different way of thinking of it, but at the same time, the emotion that you are trying to evoke is one and the same with acting. With the first shot of the film, I wanted it to be very vast and uncomfortable. I knew what I wanted the audience to feel what the character should be feeling, so you plan the shots around that. It is really emotional, but in the same way, that's where the technicality is useful, because it helps the audience with what they should be feeling.

How did it feel when you finally got to set to film the project?

It was such an enjoyable feeling to have this idea in my head and it be such a personal story for me, so to see it come to life was kind of this meta experience where I was experiencing a high just like Natalie does. The scene when she is yelling at her mom was a pretty surreal moment for me, because I had been picturing that monologue in my mind for a long time, so to see her bring it to life was very rewarding.

How has the reaction been after showing the film at various festivals?

It is interesting to see who understands it, and what people take from it. Everyone takes something different, and it's always interesting. If they are moms, they are like, "This really touched me, and I wonder if I'm pushing my kid too much." I really wanted that for a lot of moms, but to still feel the sacrifice for all the things they give up and to be a love letter to my mom and moms in general. The festival circle has been interesting because this is my first time going in as a director/writer/producer, and it is difficult to hear feedback either way, just because it is such a personal thing for me. The hardest thing is that people think it is a direct reflection of me or I'm trying to say something about child actors, but that's completely not what it's about. I don't feel sorry for child actors or for myself; I just wanted this to be about all kids and what they try to do for their parents.

Were there any interpretations that surprised you?

My favorite things are when people get the color symbolism. Red symbolizes the mother's influence on Natalie, and yellow is her innocence. I also like when people understand the little lines, like how she can't stop eating and she doesn't understand why, and she keeps trying to get this validation and approval from her mom by telling jokes or doing better, and I really love when people understand that element of it. For the most part, my favorite thing is when people relate it back to their own life and have stories about their parents or children and it makes them think about the dynamics of their own relationship.

Have you started to consider what your next project might be?

I definitely want to direct more. The more people that see this, the more we are hoping that the story continues, so I've been trying to think about what the longer version of this could be. I think the longer story is it morphs into a margarita and she starts drinking, or something. I would love to see where that goes, because I don't think this is the end for Natalie.