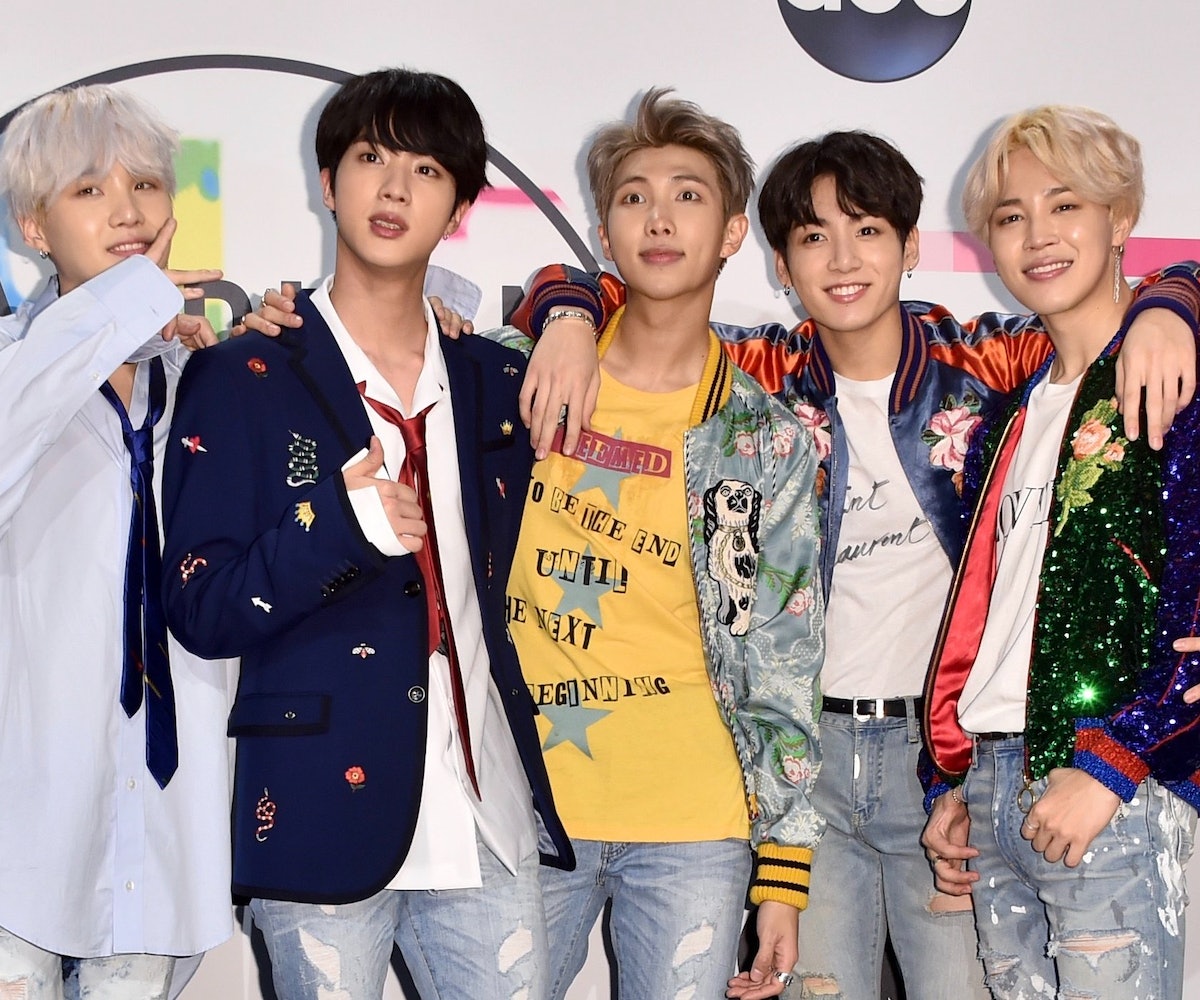 The announcement came in a tweet from SNL, sending fans into a frenzy in the replies. "Do you even know what you did to my heart, soul, life, and everything that I live for?" said one stan. "You can't just drop this on us and expect us to be okay!" said another. Quite honestly, the chance of seeing the seven Korean heartthrobs in a skit with Kate McKinnon is enough for me to agree with them.

The appearance on the show is a pretty big deal for the band, who has reached insane levels of international stardom with their Korean dance-pop. BTS' performance as the show's first K-pop band speaks volumes to their global influence and the genre's popularity. To add to the excitement, K-pop and J-pop groups are taking the 2019 festival season by storm.

BTS' performance will come just one day after their April 12 album release, making their appearance on the show even sweeter. The album, titled Map Of The Soul: Persona, will be group's first since 2018's Love Yourself: Answer and Love Yourself: Tear. The band's SNL debut will be their first live show following the album's release and comes just before they embark on their world tour in May.

NEXT UP
Culture
6 Shows To Binge Once You've Finished 'The White Lotus'
Entertainment
Boygenius, LCD Soundsystem & Steve Lacy Are Headlining A Summer Concert Series
Entertainment
19 Niche Music Festivals For Every Type Of Person
Entertainment
Chloe's "Pray It Away" & 9 Other New Songs Out This Week
Style + Culture, delivered straight to your inbox.