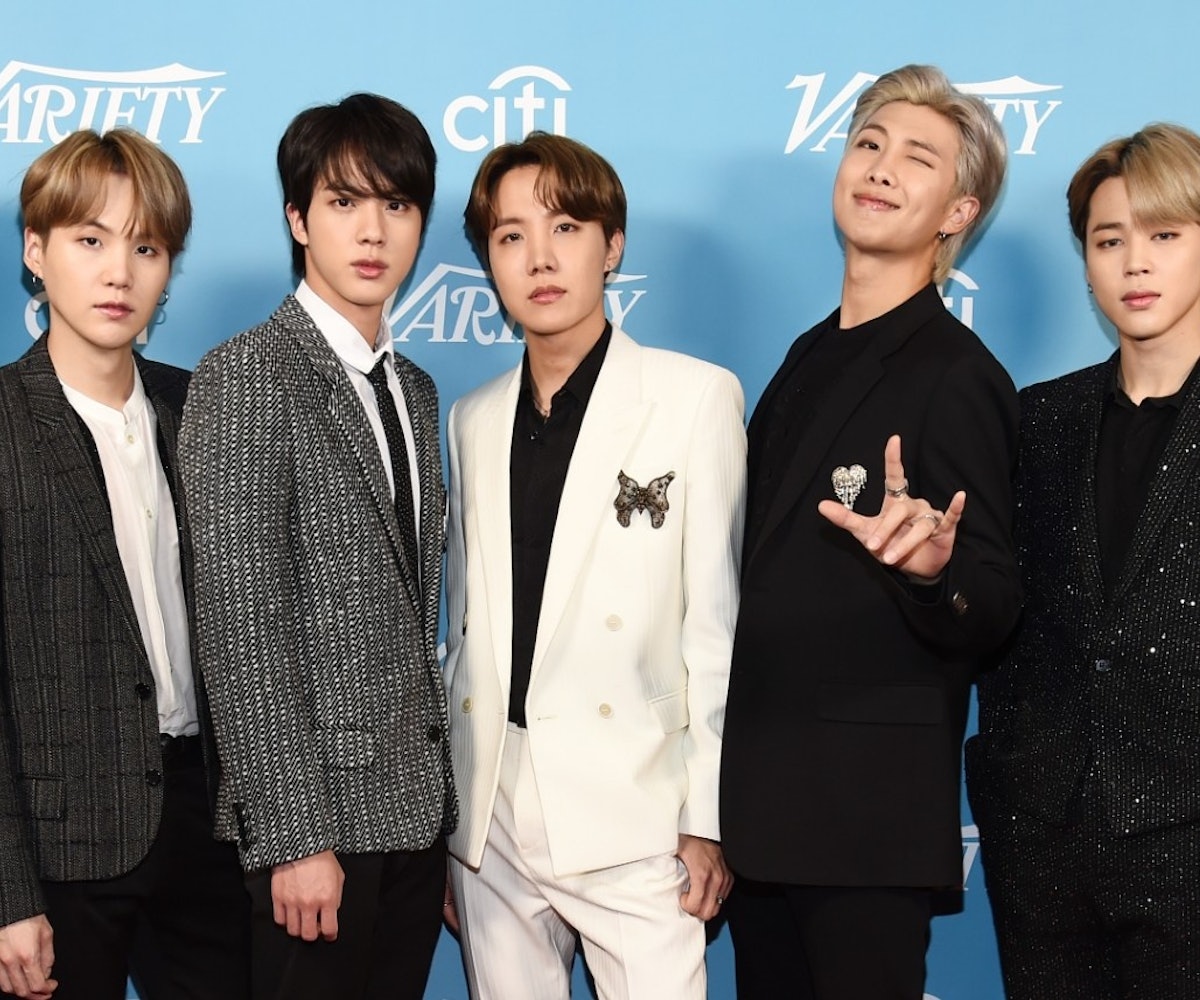 ARMY, it's time to book your plane tickets and hotels because our beloved BTS boys will performing in New York's Times Square for Dick Clark's New Year's Rockin Eve With Ryan Seacrest 2020 countdown, according to an exclusive report by ABC's Good Morning America which was later confirmed by the band on Twitter. Post Malone will be headlining the night, with Alanis Morissette and country singer Sam Hunt also set to perform. Morissette will be joined on stage by the cast of Broadway's "Jagged Little Pill."

This will be the South Korean pop band's second time ringing in the new year on Dick Clark's iconic New Year's Eve program, but it will be their first time performing live on site at Times Square. The boys participated in Dick Clark's 2018 New Year's Eve festivities, but their performances of "DNA" and "Mic Drop" were pre-recorded in Los Angeles. This year's lucky attendees will get to see the boys bundled up in their warmest cold-weather fits as they join host Ryan Seacrest counting down to the New Year's ball drop, and drinking hot tea if they wish.

Other acts of the night include Blanco Brown of "The Git Up" fame, Dua Lipa, Ava Max, and Megan Thee Stallion; they will all be performing from Los Angeles. Meanwhile, the Jonas Brothers will be broadcasting their performance from Miami. If for some reason you can't make it to Times Square, not to worry — the full show will be broadcasted live at ABC on December 31, 2019 at 8pm ET.