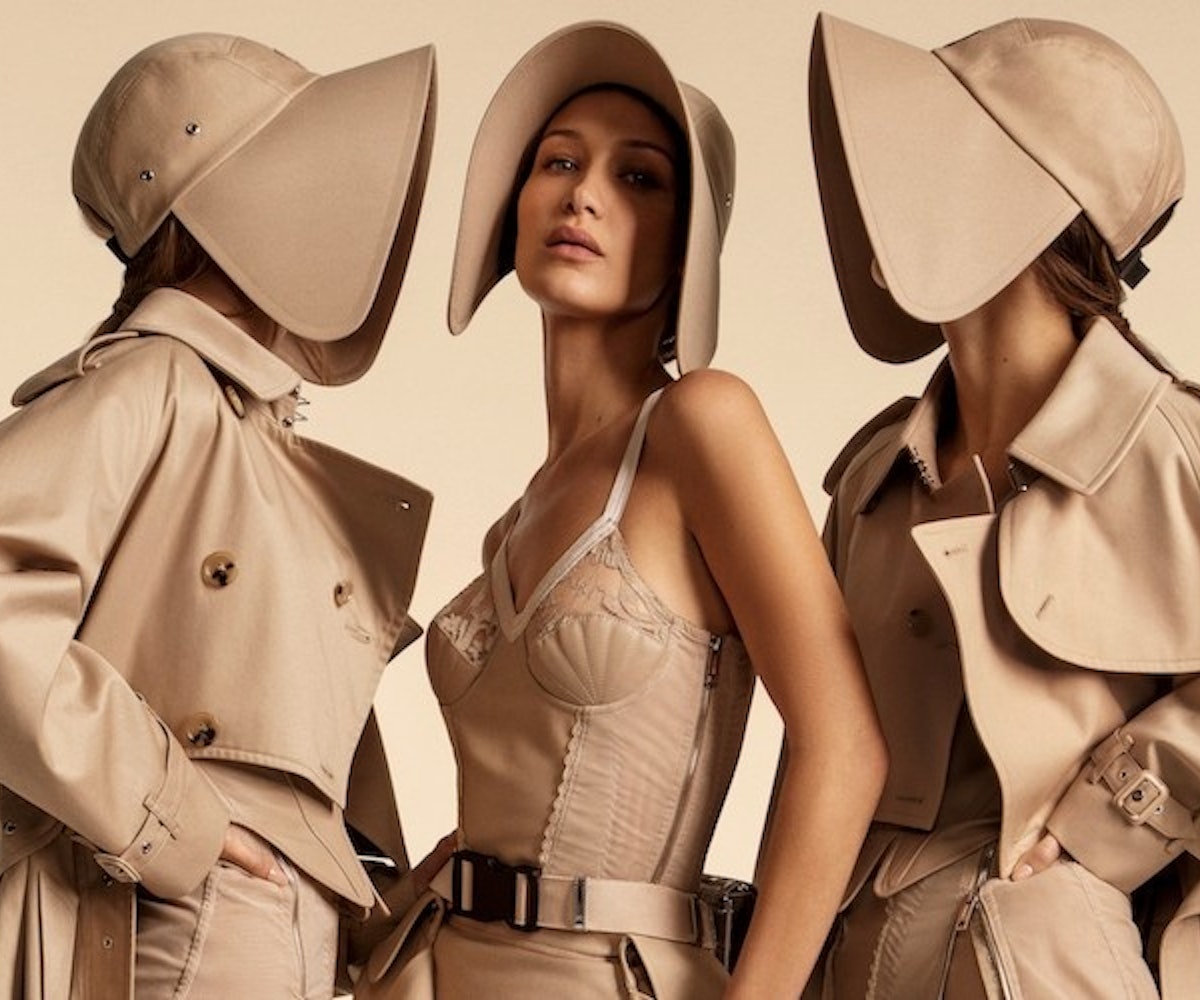 Photo by Inez and Vinoodh

Revealed on Wednesday, Burberry's Spring 2020 campaign has rounded up the Holy Trinity of "It" Models. Gigi Hadid, Bella Hadid, and Kendall Jenner all star in the new ad, photographed by Inez and Vinoodh.

The models also happen to be close friends with Burberry Creative Director Riccardo Tisci and sang his praises for the upcoming campaign, which Tisci described as "a new identity and visual language for this house."

"It is always one of my biggest honors to work with a friend like Riccardo," said Bella in an official statement. "He took me under his high-fashion wing when I was young and now to be able to work with him again for Burberry is a blessing. Ricky always brings the best energy to set. We are always laughing and it never feels like a work day with him. He always knows exactly what look is perfect for each girl and that is why he is the designer that he is. He knows how to bring out the best in all of us."

The images are simple shots in front of a tan backdrop, putting a focus on the clothes (and the talent) in front of the camera. Alongside the Hadids and Jenner, the campaign also features models Benji Arvay, Freja Beha Erichsen, Rianne van Rompae, He Cong, and more, all of whom were handpicked by the Tisci himself.

"This campaign feels like the beginning and I wanted to celebrate the men and women who represent Burberry — some who have been a long-standing part of my career and others who have started this Burberry journey with me," said Tisci. "Together they capture the sophistication and attitude at the heart of the house today."

Check out the Hadids and Jenner in Burberry's Spring 2020 campaign, below