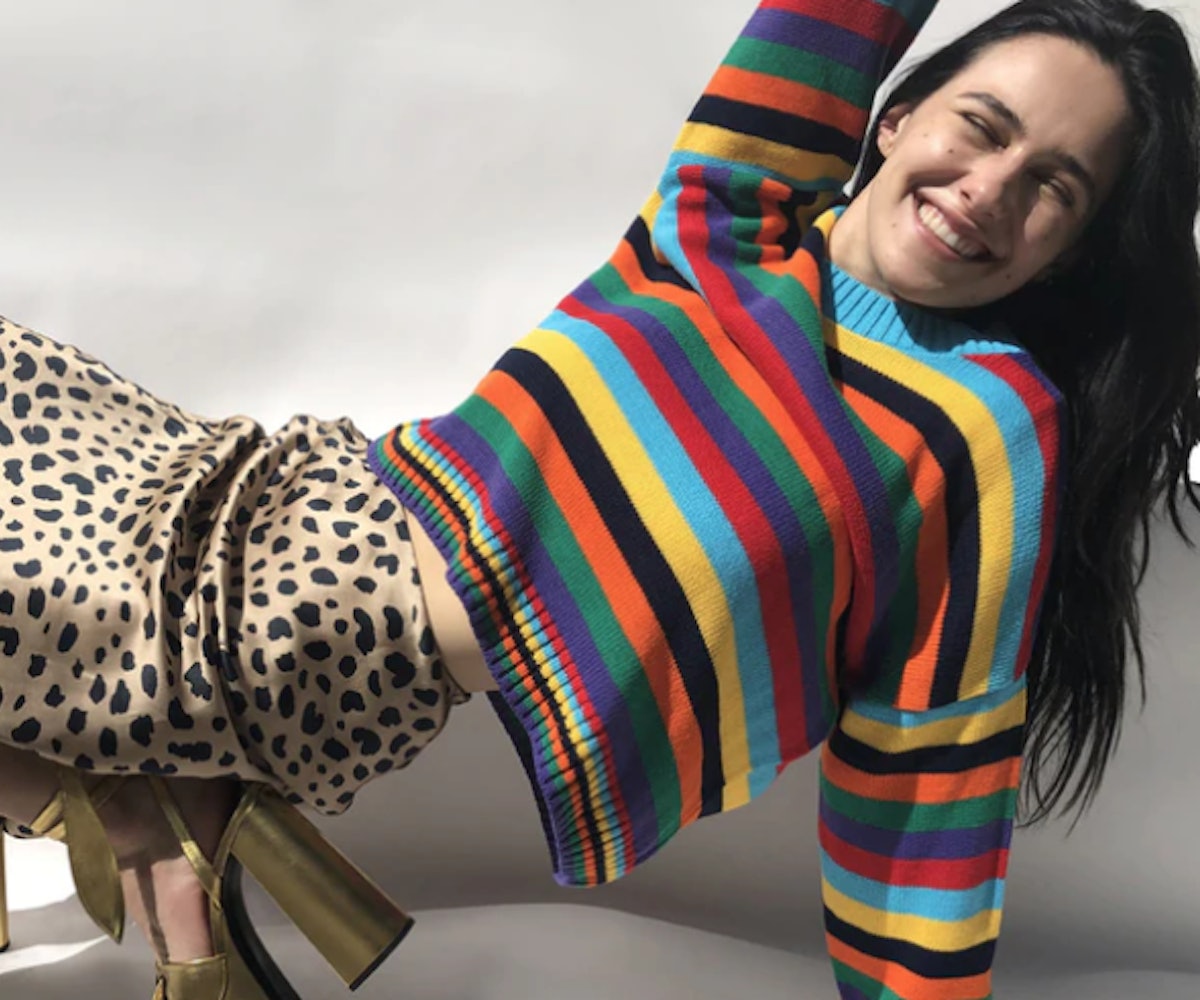 We are now in year two of the era of the One True Skirt, aka the silk leopard-print midi that even has its own Instagram account. Sure, some people will have you believe we're only in year one of its dominance, instead of acknowledging that this trend has been around at least since 2017. But, it is important to accept that we are actually in year two, because, in doing so, we can let go of any uncertainty surrounding whether or not this trend will last and instead just embrace it as being as permanent as other sartorial choices, which is to say: variably.

But, look: I'm not writing about this skirt to either defend its ubiquity (it really doesn't need my defense!) or to point out its popularity (that's... been done!). Rather, I'm writing about it because I'm sure there are many people out there who have seen the skirt and love the skirt but are nervous about buying it now since everyone else is already wearing it. I'm here, then, to allay your fears and give you permission to wear it. (What? You think you don't need my permission? Okay. Hmm.) But anyway, basically, I want to let you in on a little secret: The absolute best time to get in on a trend is after everyone else has already jumped on it.

Intentionally being late to a trend goes against conventional belief, to be sure. We're constantly told that, when it comes to fashion and culture, it's good to be ahead of the curve, and to be the first one to know about something cool. Which, I guess, that's nice. It's nice to be the one to tell your friends what singer to listen to or what TV show to binge or where to get the perfect one-piece bathing suit, but it also seems like a lot of work to find all of these things before anyone else does. You know what doesn't take any work at all? Walking from the subway to the office and seeing no less than five (5) people in the same silk leopard-print midi skirt and then Googling it and finding links to several options at a variety of price points. And you know what's really nice? Not working.

More than just that, it's nice to be late to a trend because people love to proselytize and they love to have made a convert of their very own, and so they will greet your decision to jump on a bandwagon with great glee and enthusiasm. So while, if you were the first person amongst your cohort to wear this silk leopard-print midi skirt, your friends and random people on the street might have commented on it, saying "nice skirt," or what have you, their commentary would have almost definitely been envy-induced, and they would have begrudged you as they asked from where you'd gotten it. But! If you start wearing The Skirt now, everyone you know who already has it will embrace you and tell you how wonderful it looks on you (and, by extension, acknowledge how wonderful it must look on them), and they will see your sartorial choice as a kind of personal validation. And everyone loves to be personally validated! Really, wear the skirt and see for yourself, you'll probably have other skirt-wearers nodding slightly in your general direction as you walk down the sidewalk. How nice!

This is not dissimilar to what happens when a TV show gets really popular. Like, think about it: If you were the first person you know to watch Game of Thrones or Fleabag and tried to tell your friends about it, they probably humored you into thinking they'd watch the show with dragons or the one with the hot priest, and inside were thinking, LOL, like I'd really watch a show with dragons or a "hot priest." But once those shows reach peak popularity, it's great to start watching them so that you can all talk about them together and complain about and delight in them in equal measure.

Same goes with The Skirt, and with any other trend that you have seen all around you but have been unsure about participating in. Just go for it. Nobody else will notice that you weren't wearing it last year. And even if they do, they won't care. Be a joiner; to paraphrase Sansa Stark: "The lone wolf dies, while the pack of girls in silk leopard-print midi skirts survives."