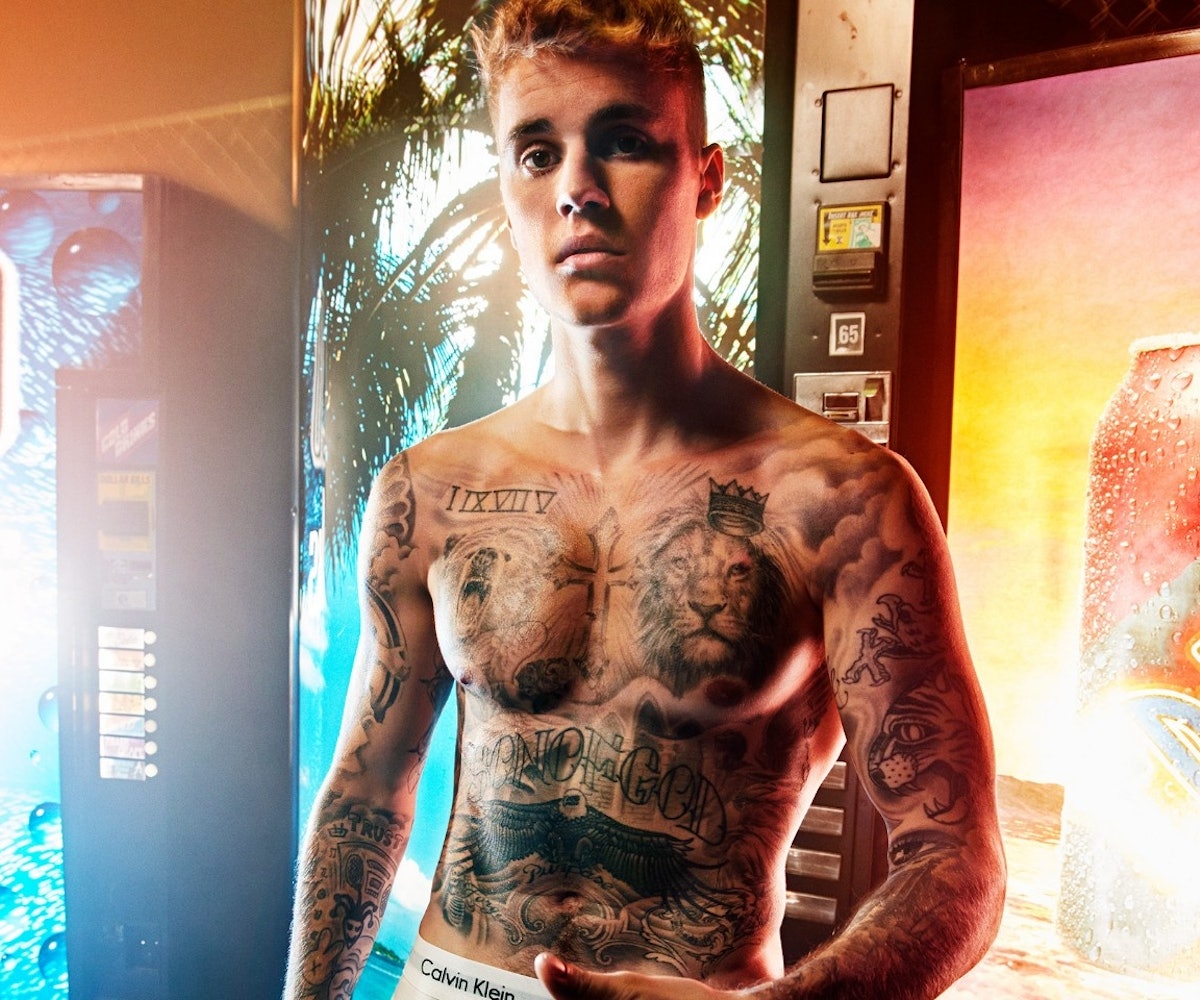 Ever since Calvin Klein brought back its iconic '80s tagline "My Calvins" in 2014, the American brand has been churning out some of the most talked-about celebrity-stacked campaigns to help promote its denim and underwear lines, including the Kardashian-Jenner sisters, A$AP Rocky, Frank Ocean, Naomi Campbell, Noah Centineo, Shawn Mendes, Bella Hadid, Solange, and many more. This season is no different: On Thursday, Calvin Klein debuted its latest "Deal With It" #MyCalvins campaign, and the cast boasts some of the biggest names yet.

For starters, there's Lil Nas X (his first official campaign as the face of a fashion brand), along with Euphoria star Hunter Schafer who's no stranger to the fashion world with plenty of runway shows, editorials, and magazine covers under her belt. Colombian singer Maluma and SZA also snagged a Calvin Klein deal, as well as K-pop star Lay Zhang, who's had a contract with the brand since 2019 as its first-ever Chinese global spokesperson. Longtime Calvin Klein models Justin Bieber and Kendall Jenner are also featured in the campaign.

"Deal With It" was photographed by Mario Sorrenti, and beloved pop videographer Bardia Zeinali directed an accompanying video for the campaign. Each famous face was given their own aesthetic for the creative project, from Lil Nas X's studio setting and Zhang's nightclub vibe to Schafer's dreamy, pastel-tinted bedroom and SZA posing with a vintage sports car.

The newest collections of Calvin Klein Jeans and Underwear for are now available on Calvin Klein's website. See the entire Calvin Klein "Deal With It #MYCALVINS" campaign, below.