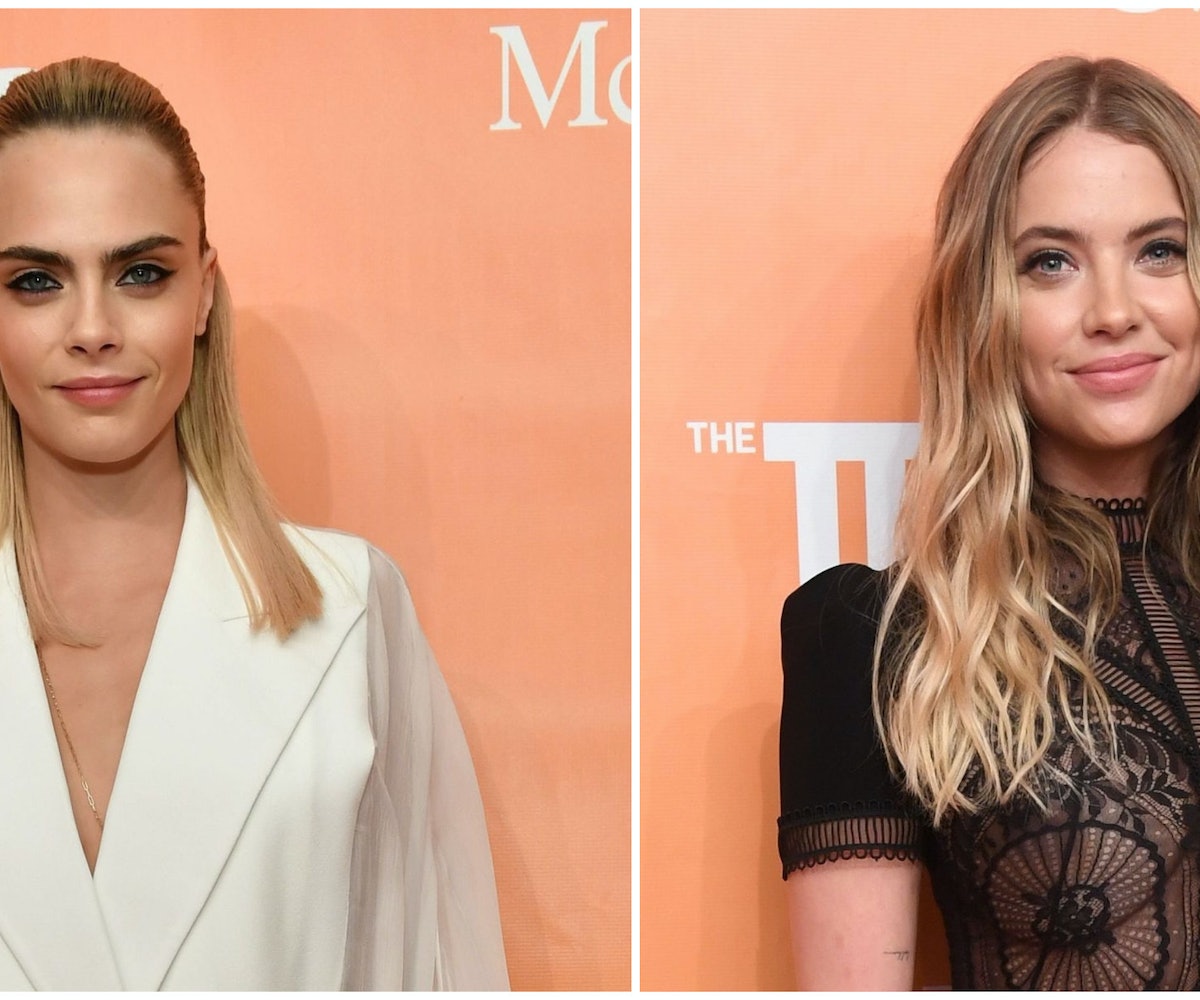 Just a couple weeks after the two made their relationship official, Cara Delevingne and Ashley Benson may have gotten engaged. They're already such a perfect couple, though, that who even cares?

Everyone is speculating that the two got engaged during a vacation in Saint Tropez, France, where they were spotted sporting the same dainty gold rings on their ring fingers. Though they might have just liked the same ring when they went shopping together, or it holds some other kind of symbolism for them, Twitter is convinced that they're engaged now.

But, my question is, why are we so obsessed with them taking their relationship to what some may consider the "next level"? Sure, engagement, and then marriage, may be the "next step" for some couples, but it's no longer the necessary or expected one; more importantly, nor is it always what couples want for their relationship. Being committed to someone doesn't require a legal document, as much as some people would like you to believe.

Plus, they're already the most fun celebrity couple. Who else are we going to see carrying a sex bench into their house? Probably no one. Why can't we just be happy knowing that they're the kinkiest celeb couple we know, without having to force some heteronormative ideals onto them? It's boring.