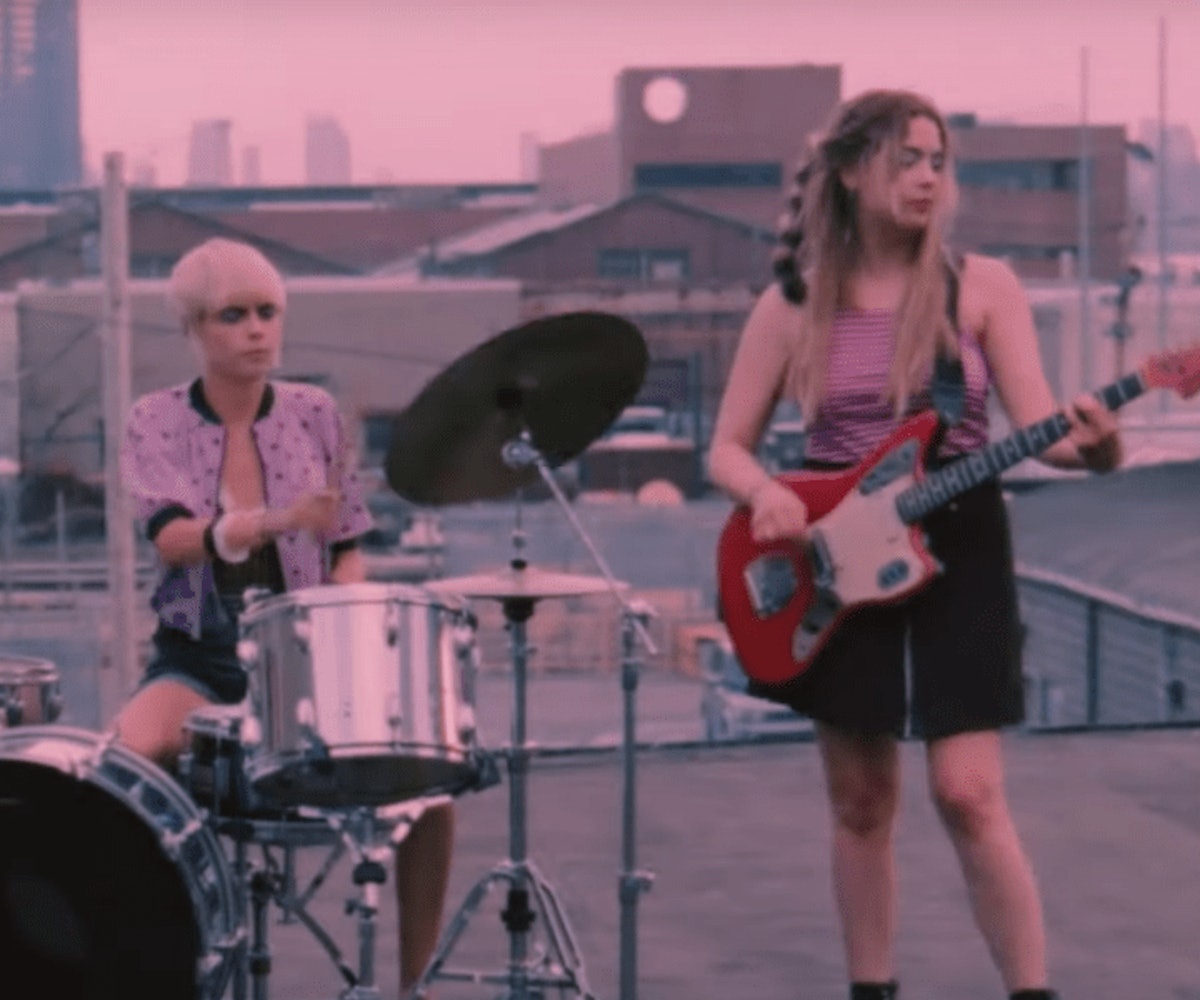 Rumored couple Ashley Benson and Cara Delevingne, along with Dylan Gelula, are in Alex Ross Perry's latest feature, Her Smell, as the rock trio Akergirls. A new video, premiered exclusively by Refinery29, shows the group in character and rocking out on a rooftop.

The ladies are seen singing their song "Can't Wait" in '90s grunge-ish attire. Delevingne, with a platinum blonde bowl cut, plays the drums, Benson the guitar, and Gelula the bass. In the film, Akergirls are the up-and-coming girl group that Elisabeth Moss' punk rock character Becky Something helps mentor.

Judging from the clip, Delevingne appears to be the most at home in her role as a rock star. It might help that this isn't her first music video. The actress-model released her first video for the film Valerian and the City of a Thousand Planets back in 2017. She also, more recently, was featured on and starred in the video for Shy FX's single "Rudeboy Lovesong." So maybe a more appropriate title for Delevingne, now, is actress-model-singer.

Watch the Akergirls' video for "Can't Wait," below.