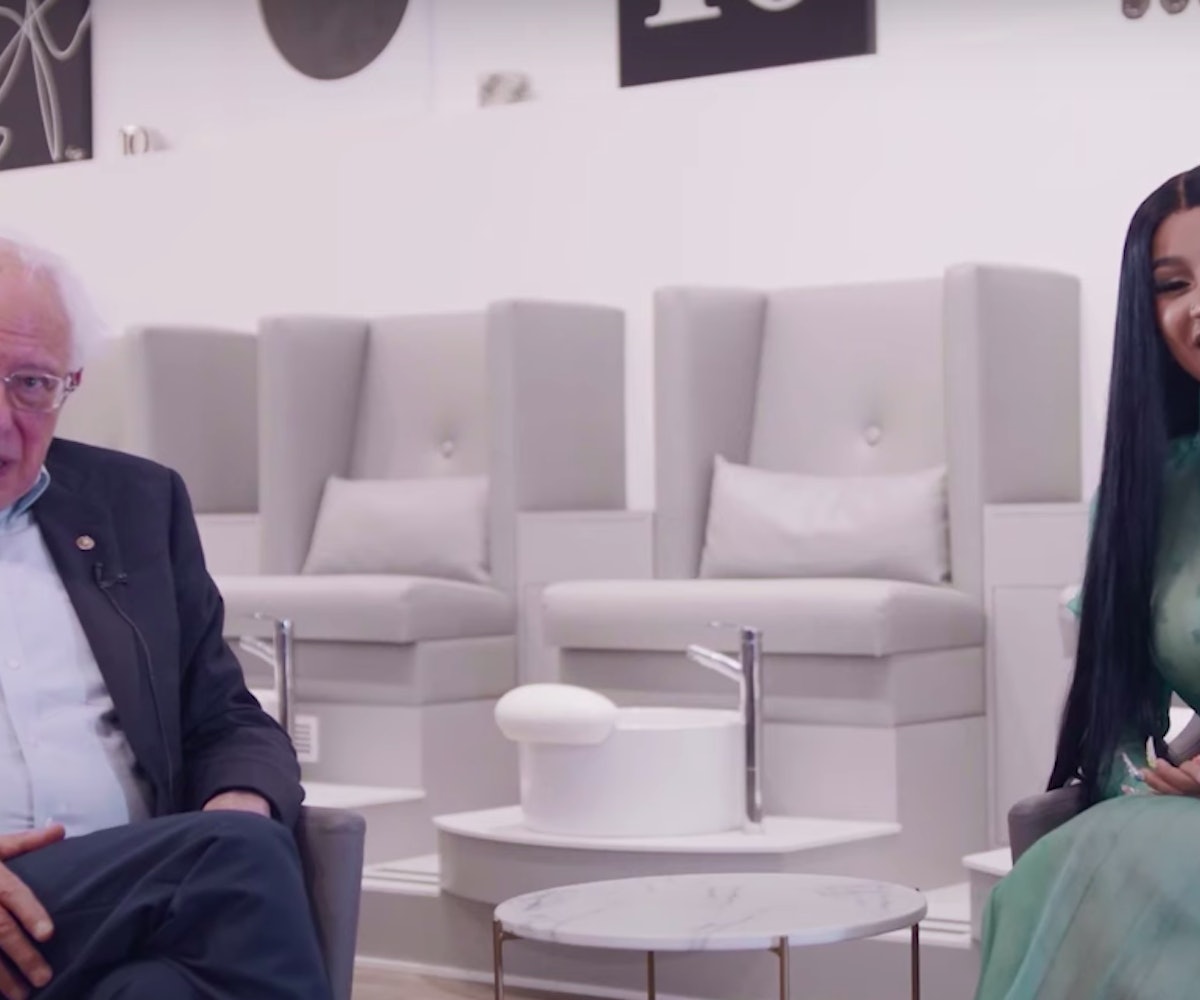 Cardi B and Democratic presidential candidate and Senator Bernie Sanders took over a nail salon in Detroit, Michigan, to talk about some of the issues that Cardi's fans wanted to hear about, and what policies Sanders believes would correct them.

Cardi started off the conversation by pointing out that our current president, Donald Trump, is a "bully," and Sanders expanded by calling him an "overt racist." Cardi then said that his appointment has led to racists throughout the country being unafraid to voice and act upon their own beliefs, which leads them into discussing the issue of police brutality.

Sanders suggests that deaths by police officers should be investigated by the United States Department of Justice, and says that police forces should look like the communities they serve and shouldn't be as militarized as they are now, which he says is a "form of intimidating people in the community." Cardi also asks about how Sanders would support immigrants, specifically DREAMers. Sanders says he will reestablish and expand the DACA program immediately if he becomes president.

The two then launch into a discussing how it would be possible for free health insurance, free education, and student loan debt forgiveness to become a reality without having to pay an exponentially larger amount in taxes. As well, they talked about the impacts of the low minimum wages in this country, which often leads to people having to get more than one job to stay afloat. Cardi revealed that she had dealt with this herself before becoming famous.

Watch the full interview, below, and then register to vote, here.