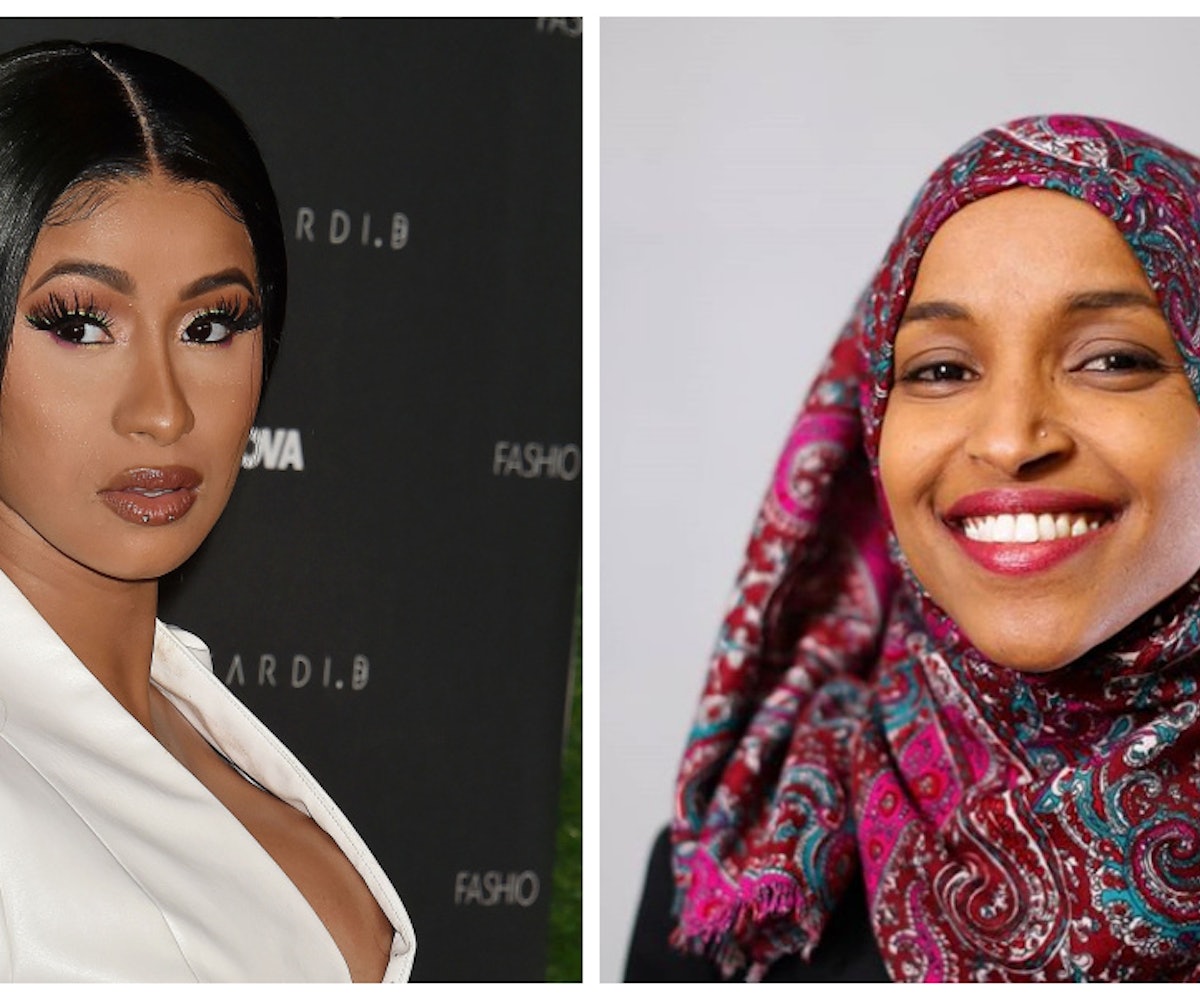 In the wake of President Trump's racist remarks about four non-white congresswomen, including Somalia-born U.S. citizen Ilhan Omar, Cardi B posted a message of support for Omar on Instagram—using a Beyoncé lyric, no less.

Over the past week, Trump has been ramping up his incredibly racist attacks on his opponents, starting by saying that representatives Omar, Alexandria Ocasio-Cortez, Ayanna Pressley, and Rashida Tlaib should "go back" to their "crime infested" countries. Of the four representatives, only Omar was born outside of the United States, though the fact that Omar was not born on U.S. soil doesn't make her any less of a citizen.

Trump's racist following, though, has been emboldened by his statement, and could be heard chanting "send her back" about Omar at the president's most recent rally. Seemingly in response to this incident, Cardi posted a photo of Omar to her Instagram feed on Wednesday, captioning it with a "Formation" lyric. "You know you that bitch when you cause all this conversation," it reads, ending with a hair-flip emoji.

Amidst support from people like Cardi, Omar herself has responded to the bigotry of Trump and his supporters. "I am where I belong, at the people's house, and you're just gonna have to deal!" she captioned a photo of herself on the House floor.