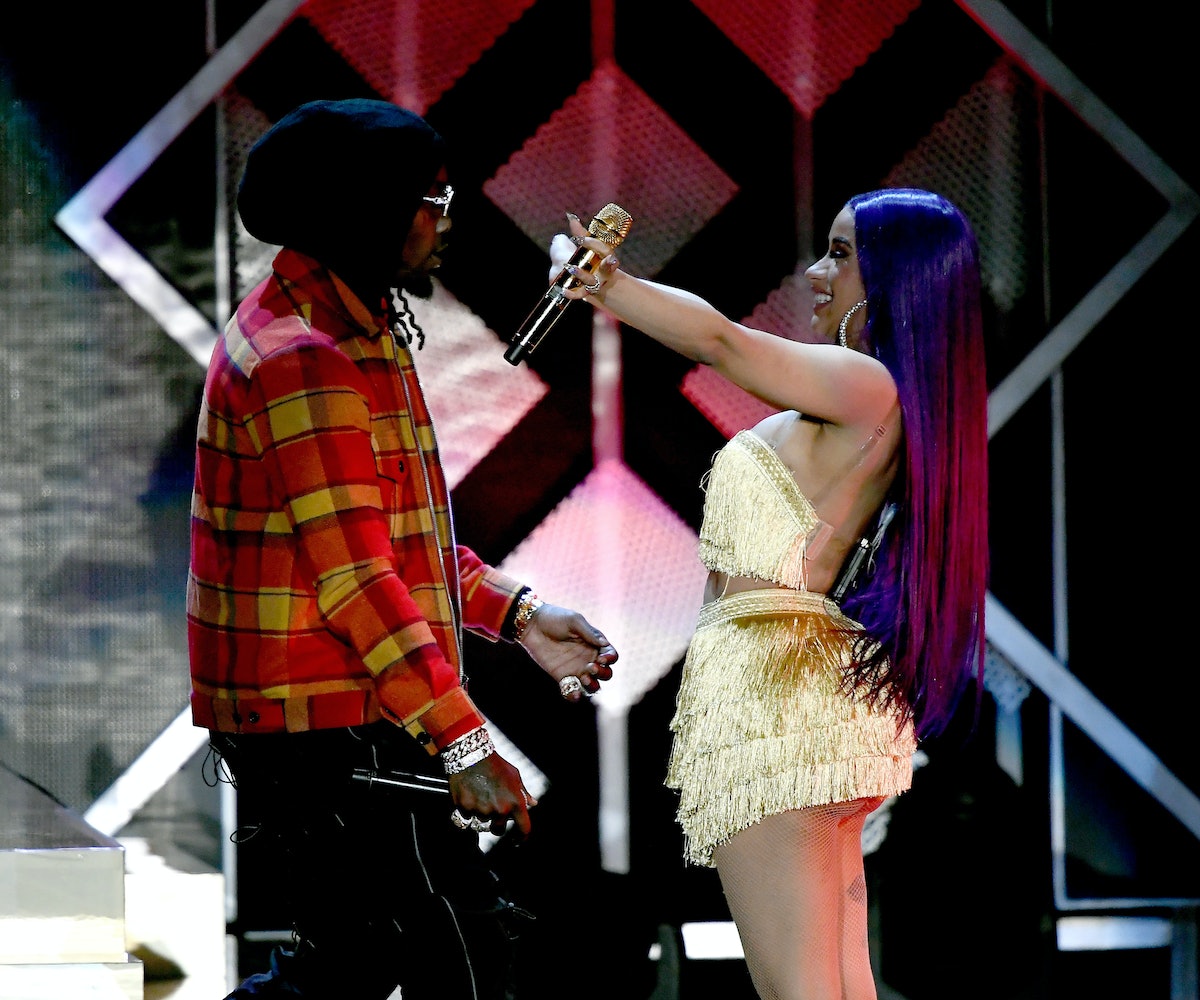 Cardi B has apparently decided to call off her divorce to Offset. According to TMZ, the couple is back together—but not without some stipulations.

According to a source, Cardi has returned to the Atlanta home the two share. This is reportedly the first time she's gone back with daughter Kulture since December. As TMZ points out, Cardi posted a picture on Instagram stories just last week of Offset kissing Kulture with the caption "I wanna go home."

Given that Cardi allegedly broke things off in the first place due to cheating rumors, there are some rules to go along with the reconciliation. According to sources, Offset changed his phone number to one that's "strictly for Cardi and business calls." There's also a "no groupies" rule. "We're told Offset's not allowing any female fans near him during his Super Bowl appearances in ATL," the article reads. "He wants Cardi to know he's serious about their marriage."

Neither Cardi nor Offset has confirmed the news.