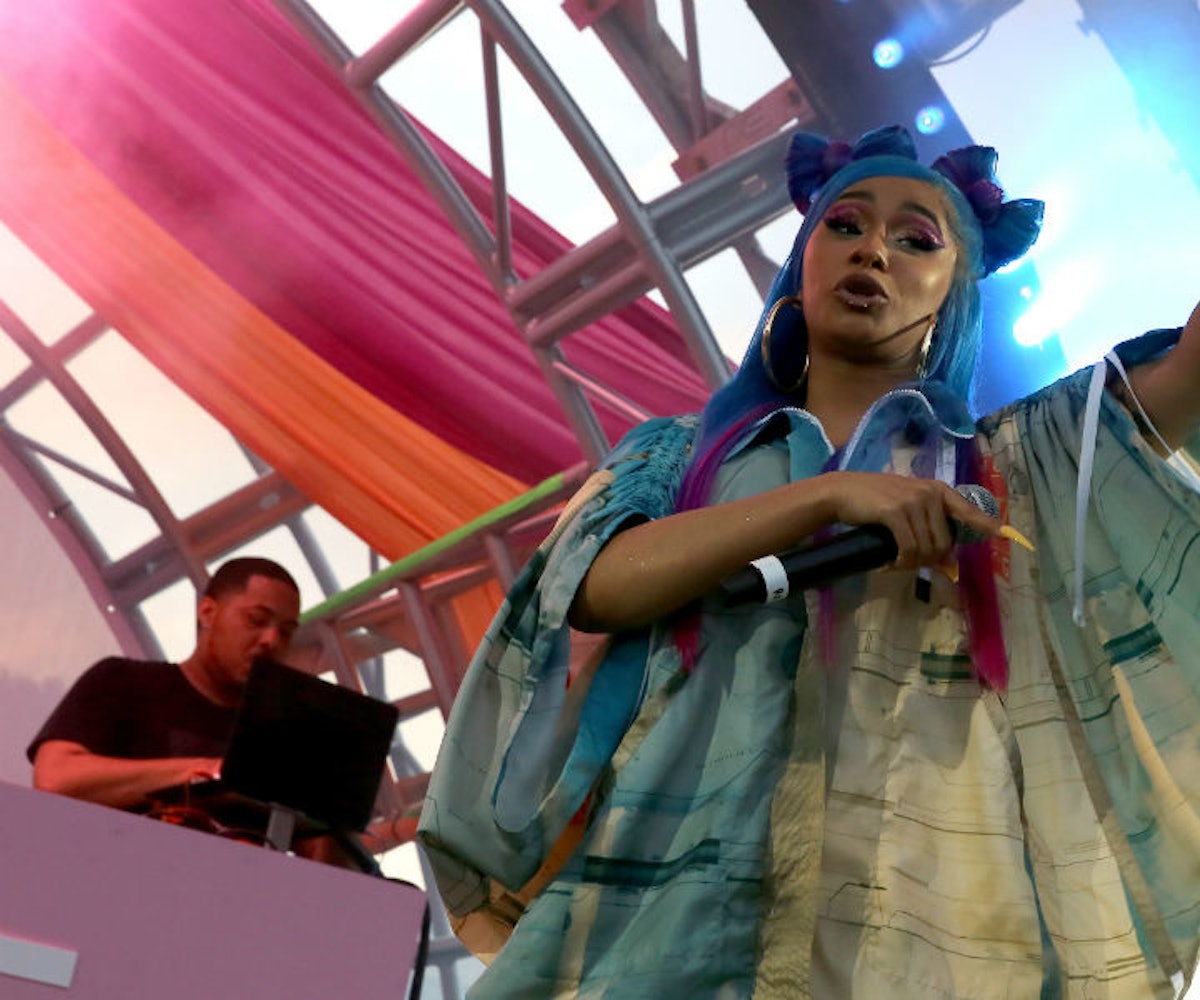 Cardi B had some things to get off her chest about the gossip website The Shade Room.

After the publication posted about Offset's recent gun possession charge, Cardi wrote, in a since-deleted Instagram, that it only covers negative news. "This is why I don't fuck with that nasty ass fake ass page that always claim they for the people but in a BIAS way!" She wrote. "How many positive shit have Offset been doing this year ? Sooo much ! But naaa they rather post about his babymomma drama and cases all cause a refrigerator build bitch that owns the page is mad cause I be calling out the bullshit."

The "refrigerator build bitch" she speaks of is The Shade Room owner, Angelica Nwandu, who, Cardi says, isn't allowed to post about her (she doesn't explain why), so, according to her, instead posts about the people she's close with (Offset, QC, and City Girls). She says further in a separate video: "I'm not saying, 'Oh, I only want people to post positive shit about us.' At the end of the day, a blog is a blog, and I feel like they got to post the good and the bad. But come on now, that biased shit that people want to do because they on some hate campaign, they on some fuck QC, fuck Cardi B campaign like that shit is getting whack."

She also adds that The Shade Room hasn't posted anything positive about her or Offset since last year, and explains that blogs like TMZ now feel comfortable primarily writing about drama with Black celebrities because Black blogs do, too. "Back in the day, TMZ used to post about Angelina Jolie, Brad Pitt, all these Caucasian celebrities," she says. "Now all they do is post about hip-hop artists, people that's in the Black entertainment business because Black blogs capitalize off Black entertainers' drama. Y'all barely post positive shit about us, so why would a white blog post positive shit about us?"

Watch her posts—which have been deleted off of her Instagram but saved by fans—below.