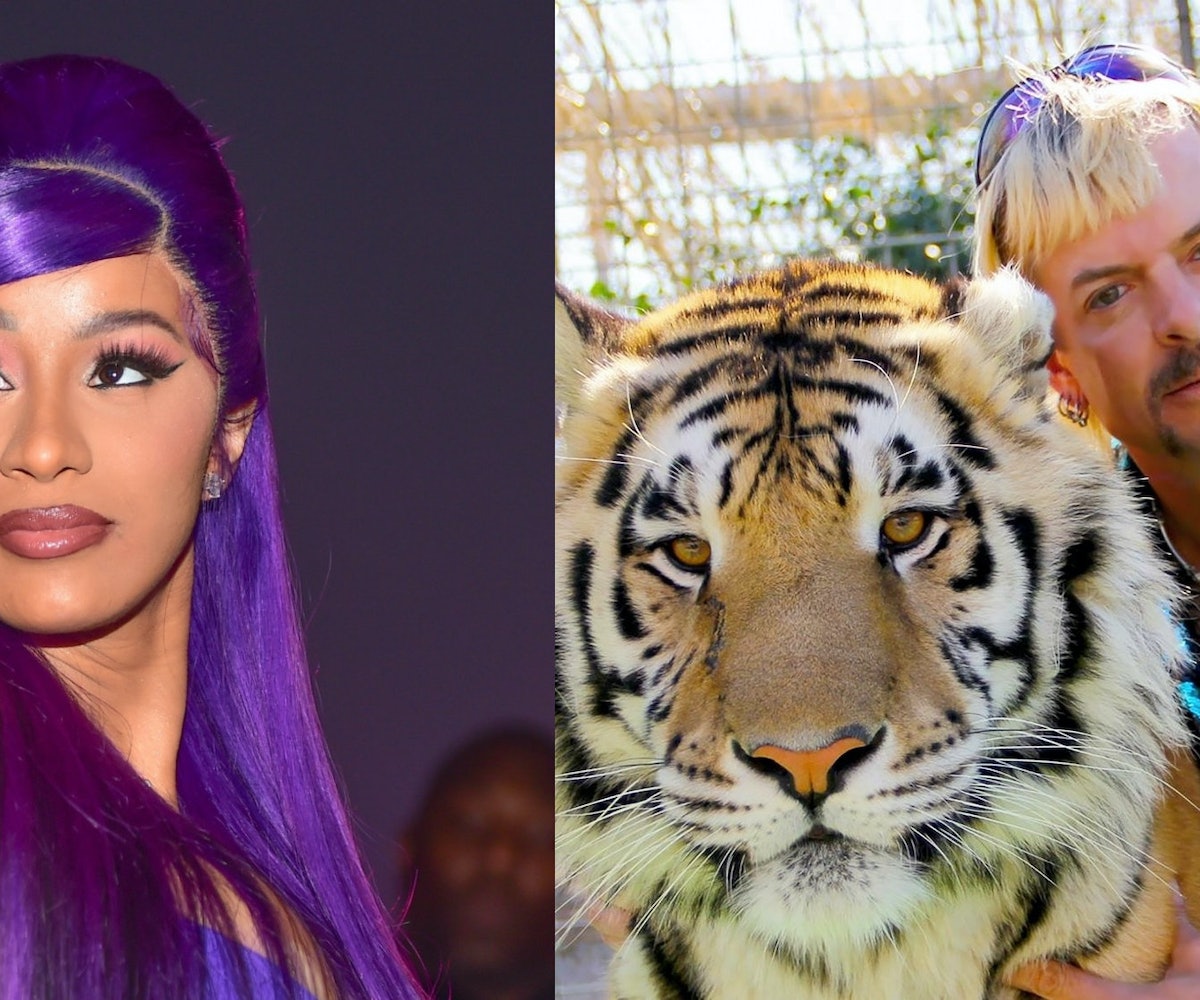 Like everyone else in America, Cardi B has been watchingTiger King, and she has a lot of thoughts about it. Delightfully, she's been sharing them online in the form of sporadic, but live tweets. "Carol you think you slick bitch," goes one of her recent dispatches, while in another she wonders, "Who you think burn Joe studio?" Most recently, though, she made her allegiances to one character from the show very clear: "Bout to start a gofundme account for Joe," she tweeted. "He shall be free." Sorry to say this, but the image of Cardi B and the Netflix docuseries' lead character, Joe Exotic, who is currently incarcerated, becoming friends is the most surreal yet oddly wholesome thing to come out of this quarantine.

If you've spent the last 12 days at a silent retreat and have just come back online, let us fill you in. Tiger King is a Netflix true crime docuseries that dives into the strange and bizarre world of privately owned zoos. Specifically, the five-part series focuses on the life of Joe Exotic, the former owner of a big cats zoo in Oklahoma, and his ongoing feud with self-proclaimed animal activist Carole Baskin. It's a whirlwind of a world, filled with shady dealings, questionable ethics (Baskin included), an unsolved murder, arson, and to top it all off, some truly incredible DIY country music videos. It's a dumpster-fire to behold that also, unsurprisingly, hits every mark on what makes Great Television.

So, getting to read Cardi B's unfiltered thoughts as she makes her way through the series is almost like, but also nothing like, watching a spinoff of sorts — imagine a Cardi B feature on a Joe Exotic song? Anyway, it's entertaining, if nothing else for the existence of these deranged Cardi and Joe photoshopped images. Read her best tweets below, and binge Tiger King on Netflix.