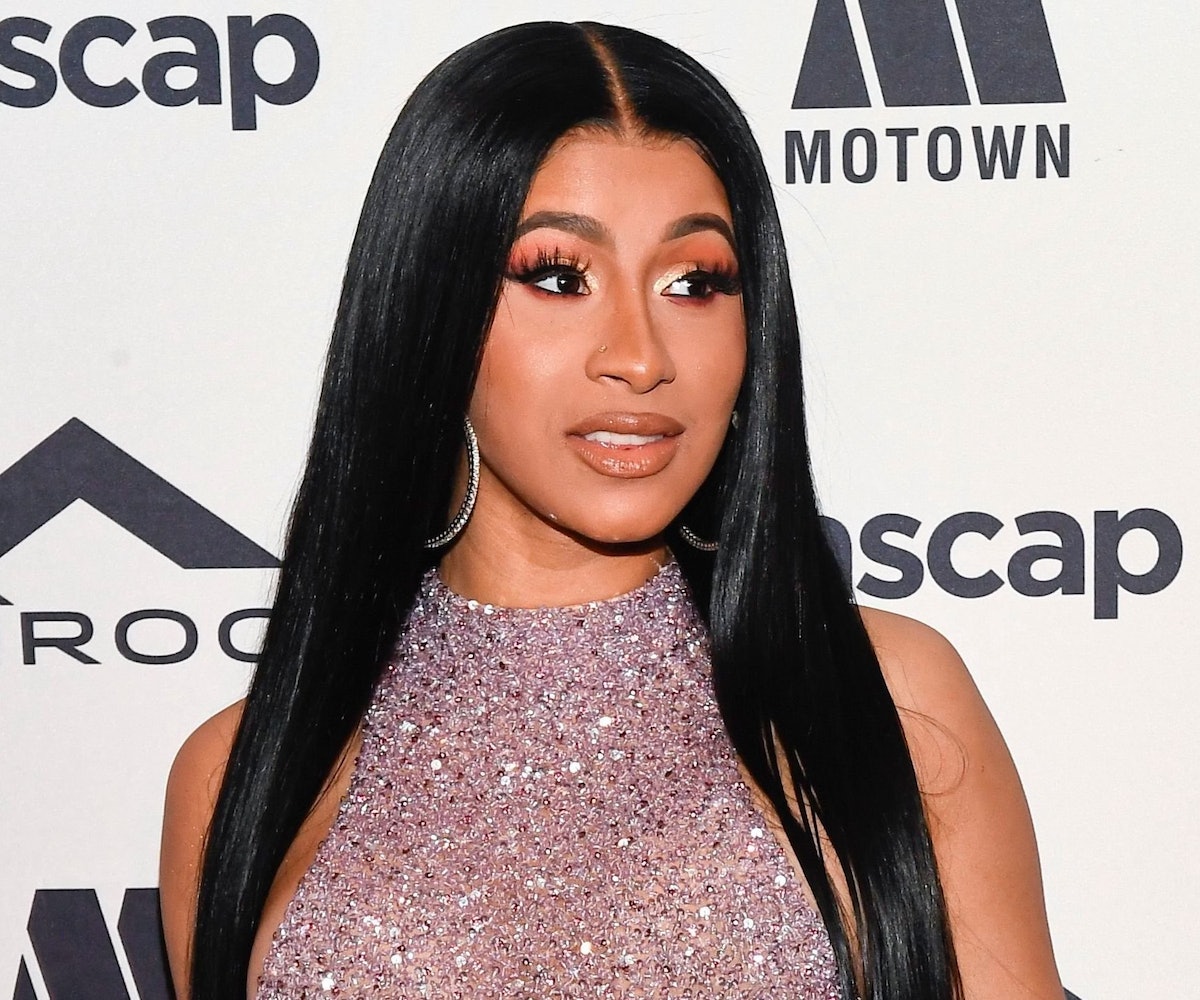 In a recent Instagram Live video, Cardi B called out President Donald Trump, saying he doesn't care about police brutality, and asserted that nothing would happen to make it stop until he's out of office. Which, true!

The video, which was screen-recorded and posted to Twitter, shows Cardi enraged about the lack of attention given to police brutality. "Every single time I see a Black man get killed or mistreated by the police, I just keep saying like, 'What the fuck? Nobody gives a fuck. Nobody cares? Nobody cares?'" she said. "And I stopped saying that because nobody do care! Nobody cares. He don't care. He don't care."

By "he," Cardi means Trump. This becomes obvious once she starts comparing Trump's treatment of the issue to the way that Barack Obama would speak about it. "At least when Obama was president, Obama used to always give a statement letting us know that he feels like it's wrong. He feels it. He sees it," she continued. "This guy, I know he sees it, and he don't give not one shit."

In fact, Trump has actually encouraged the mistreatment of suspects taken in by the police: In a 2017 speech, he told police officers not to "be too nice" to the "thugs" being put in the back of police cars. Said Cardi, "I feel like police brutality is going to keep going until he's [no longer] president. Until he's [no longer] president, nothing is going to be done about police brutality."

She concluded by urging her fans to read up on the 2020 Democratic candidates "so we can get this dick the fuck out," because "he don't give a shit and shit could get worse."