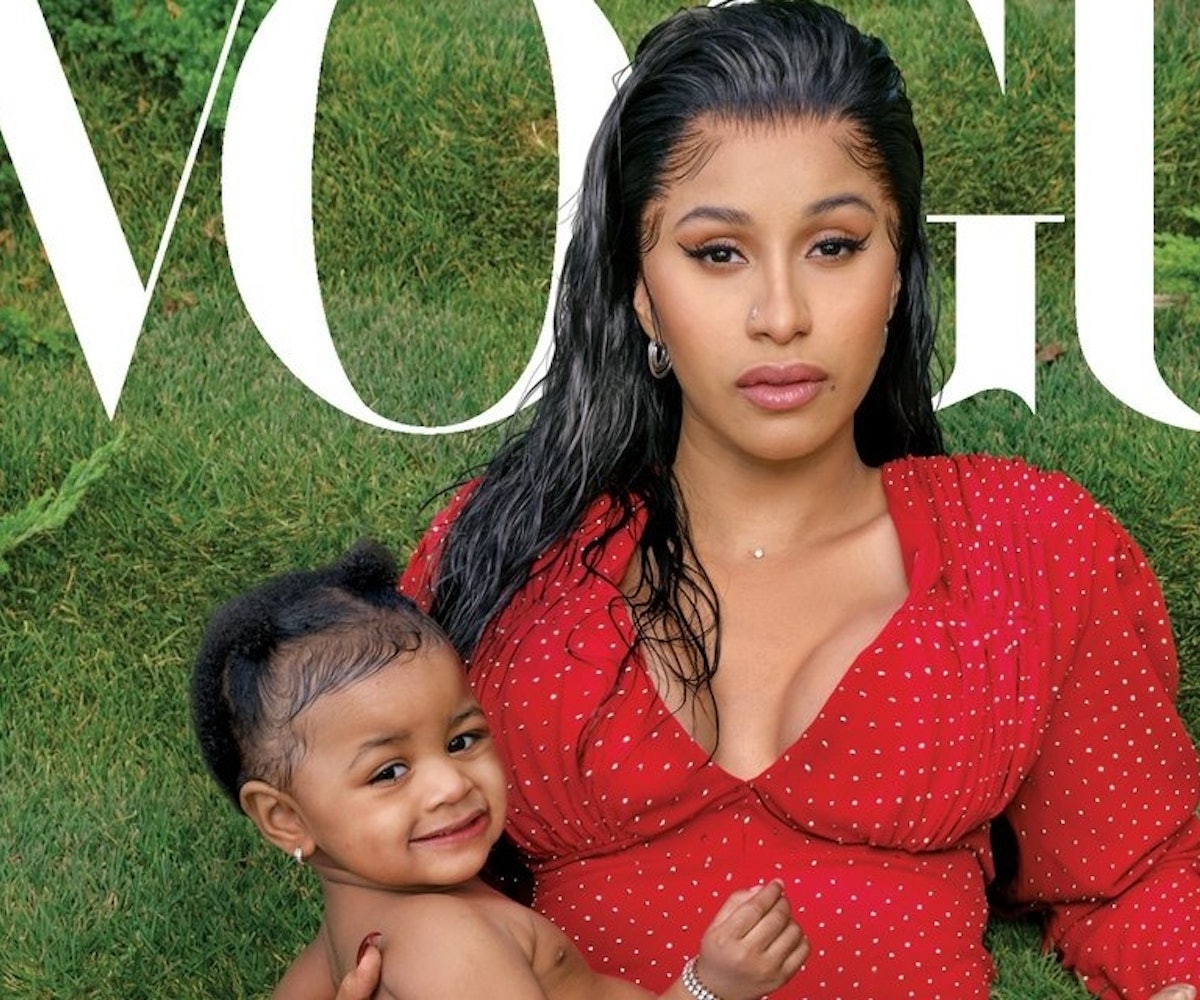 Cardi B has been unveiled as the last cover star for U.S. Vogue's January 2020 issue which celebrates "four fearless creative forces, role models, and mothers." She joins Greta Gerwig, Ashley Graham, and Stella McCartney as the issue's four cover stars, and in doing so, makes history as the first female rapper to cover the U.S. publication.

The Annie Leibowitz-helmed photos show Cardi B and her daughter, Kulture, at home, as the cover story focuses on the rapper balancing motherhood with the stresses of fame, as well as her imminent next album. ""Being a mom—how can I say it? Things are a little bit harder to balance, but it's good for the mental," Cardi B tells Vogue. "Like, if I'm playing with my daughter, I forget about the issues."

Elsewhere in the story, she talks about her long-awaited second studio album, which will be released early next year: "It's scary because it's like, now you got to top your first album, and then it's like, damn. I wonder if people are gonna relate to the new things, to the new life, to the new shit that I gotta talk about now," Cardi B says of the music selection. "Music is changing. I feel like people just wanna hear twerk-twerk music, but it's like, is that just a phase? I probably need a sexy song. I need a lot of turn-up songs. I need a slow song, a personal song. And those are harder for me—I always need help when it comes to talking about my feelings.