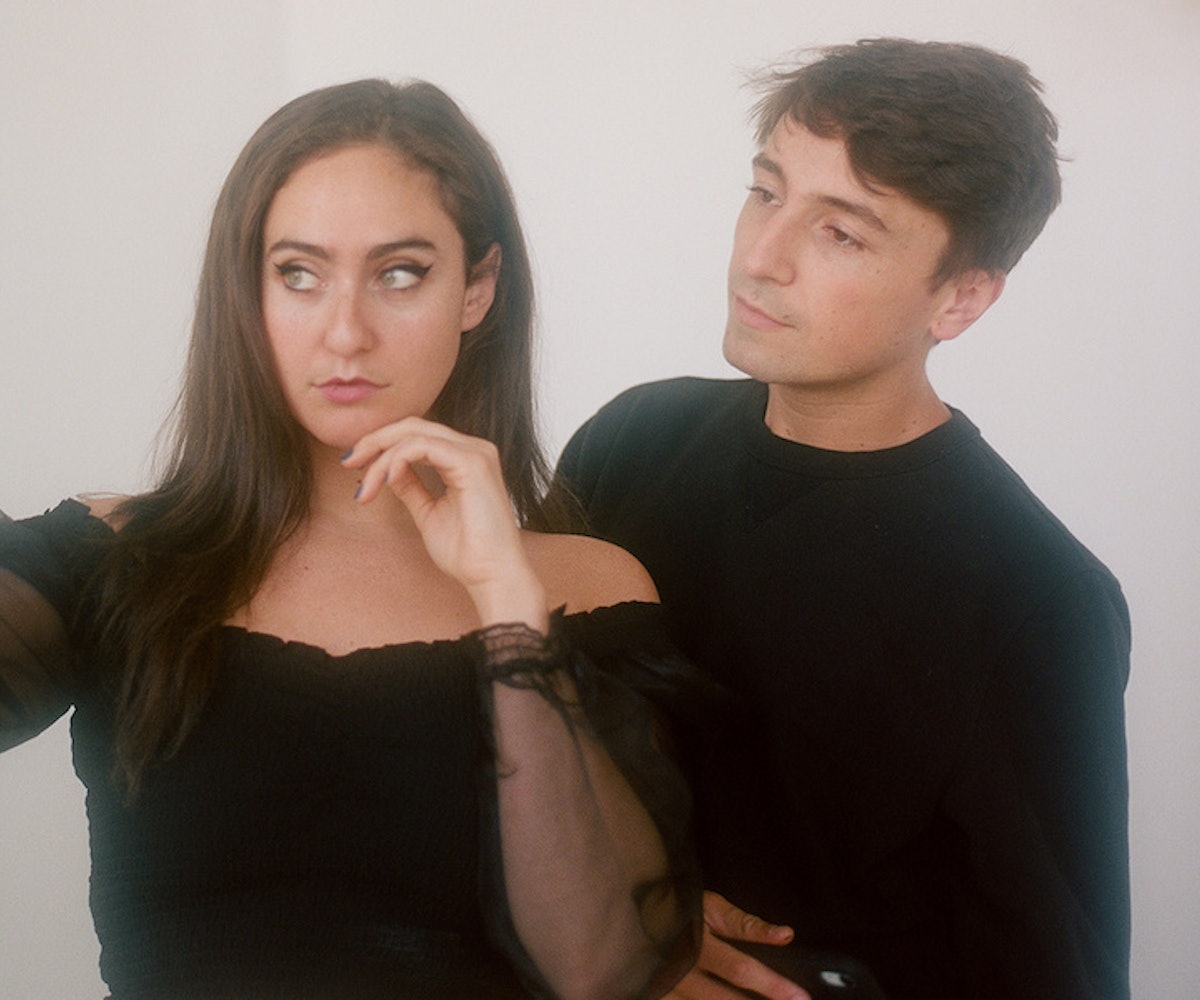 Catherine Cohen and Pat Regan have a running joke that they're "theologians first, models second, and comedians third." Pat continues, "Me: gay, her: woman fourth." On their podcast "Seek Treatment," which they've designated with the slogan: "a podcast about boys, sex, fucking, dating, and love," the New York comedians act as unofficial therapists for their guests and each other. But psychological healing isn't the selling point. Cohen and Regan don't claim expertise. Their advice is often influenced by flickers of self-doubt and cheeky self-involvement. But treatment is communal and ongoing, sought through conversations with fellow comedians and creatives. The candor comes naturally, as they reveal their own experiences and challenges, from addiction to body issues.

"Seek Treatment" is as honest and intimate as it is laugh-out-loud hilarious. Listening to it feels like eavesdropping on the funniest people at the party. Cohen and Regan have this shared language, so catchy and contagious that you can hear it dictate your thoughts after a few episodes. "Coo coo loo loo," Cohen purrs in her sing-song voice when she feels a certain strain of crazy. Regan begins unpredictable clauses with "Say it with me." Cohen "famously" identifies as "a woman who needs to be by the sea." Regan says "look at me" when he wants to get real. In the "Seek Treatment" universe, there are "randomistas" and "card-carrying girl's girls" and "people who don't care if you live or die."

These in-jokes cement "Seek Treatment" and its ardent following, who organizes around a fan Instagram account called @TrootSloots. It's easy to slip "Seek Treatment"-isms into daily dialogue, which is probably why their style and cadence echo throughout the comedy community, a trend they're well aware of. The podcast is millennial at its core, marked by references to generational touchstones and phenomenons, a fascination with existing online, and amusement at the absurdities of life itself.

What are the distinctions between "boys, sex, fucking, dating, and love?"

Pat Regan: Boys is non-gendered. Boys is anyone you flirt with. And also text.

Catherine Cohen: Sex is medical. Sex is about medicine for me.

PR: Sex is when you've been in a relationship for so long, but you do have insertional sex. Fucking is the fun stuff.

CC: Fucking is when you're on the dating apps, three IPAs in, you're in Williamsburg...why? Fucking is when you hold up the sheet to go to the bathroom. Sex, you actually don't take the sheet with you. Dating is white tablecloths and group hangs and Instagram stalking.

PR: Dating also talking to your friends about someone you just met.

CC: And love is about everything. Love is us and our relationship. Love is friendship.

How do you feel when you hear your comedy style echoed in other acts?

CC: Pat comes up with most of our phrases. He coined "seek treatment." There is an epidemic in this country, and that is people copying Pat. When people copy me, I just say, [sarcasticgiggle], "Thank you."

CC: There's a difference between someone being a fan and celebrating our work and someone trying to take your work away from you. It gets muddy and scary when someone creates something that they're calling their own, and it's yours.

PR: Especially when it's something that's not just a joke, but when someone copies how I talk and how I am, my mannerisms. It's a weird feeling.

CC: I also understand it can be involuntary. We absorb the world around us, and it just pushes me to be innovative.

"It gets muddy and scary when someone creates something that they're calling their own, and it's yours."

How did you decide that "Seek Treatment" episodes should be like unofficial therapy sessions?

CC: That was unintentional. I think when something is right, it just happens quickly and organically. When you create things for a living, things are often painful and don't work out. But we knew this was a good thing.

CC: I knew when I was in London, walking to breakfast after a one-night stand, and some girl recognized me on the street. It was the coolest thing that ever happened to me. I was like, Okay, yeah, I guess I'm gonna keep podcasting.

Who's your dream podcast guest?

Who would you tell to seek treatment if you could?

CC: Psychiatrists, grow up. Anyone who ever didn't want to be with me. Anyone who hasn't cast me in a feature film.

PR: Most of the gay community.

CC: Most of the straight community, while we're at it.

CC: The guy I had sex with who was writing love letters to two other women at the same time.

PR: The guy who gave me throat gonorrhea three times in my twenties.

How do you feel when people call your comedy "relatable"?

PR: I want to be accessible.

CC: And I want to feel like I'm not alone.

What does being a "randomista" mean to you?

CC: It touches on a certain je ne sais quoi. To describe randomista would be to suck the marrow from its life force.

PR: Movies about a teenage girl who's struggling…

CC: School, Go-Gurt, the idea of being an academic, living in the past, being terrified of the future, the kind of people who get engaged...

A lot of your work deals with our dependence on phones and social media. How have phones enhanced and ruined your lives?

PR: They've destroyed my ability to sit with myself. I already had a short attention span and they've somehow made it shorter. You can't split an atom, but here we are.

CC: They make it impossible for me to finish a movie or watch a show or read a book.

PR: The game Dots is ruining my relationship. I actually like to call it Two Dots.

Right. What is Two Dots?

CC: It's actually about Dots.

How has the pod changed your lives?

CC: It's made my life way better. The podcast is ultimately harmself to ourselves, our loved ones, our families, and our listeners. But in reality, it's given me the greatest friendship of my life and given me an outlet that doesn't require a lot of prep. It's fun and not stressful, which is so rare when you're making something.

PR: It's given me a bigger platform. We're so grateful for everyone who listens.

CC: We have this network of people who want to support everything we make. A fan account, even.

I'm going to give you a list of people and things and you guys can tell me if they need to seek treatment: Billie Eilish.

CC: Nooo, she knows herself.

PR: He needs to seek.

CC: Someone needs to slow him down.

PR: Ultimately fuck those. It's actually totally fine to not be healthy, but don't act like you are.

CC: Like, with Shake Shack, [gestures broadly] they're not hiding anything. This is who you are.

PR: Seek treatment for everyone who participates.