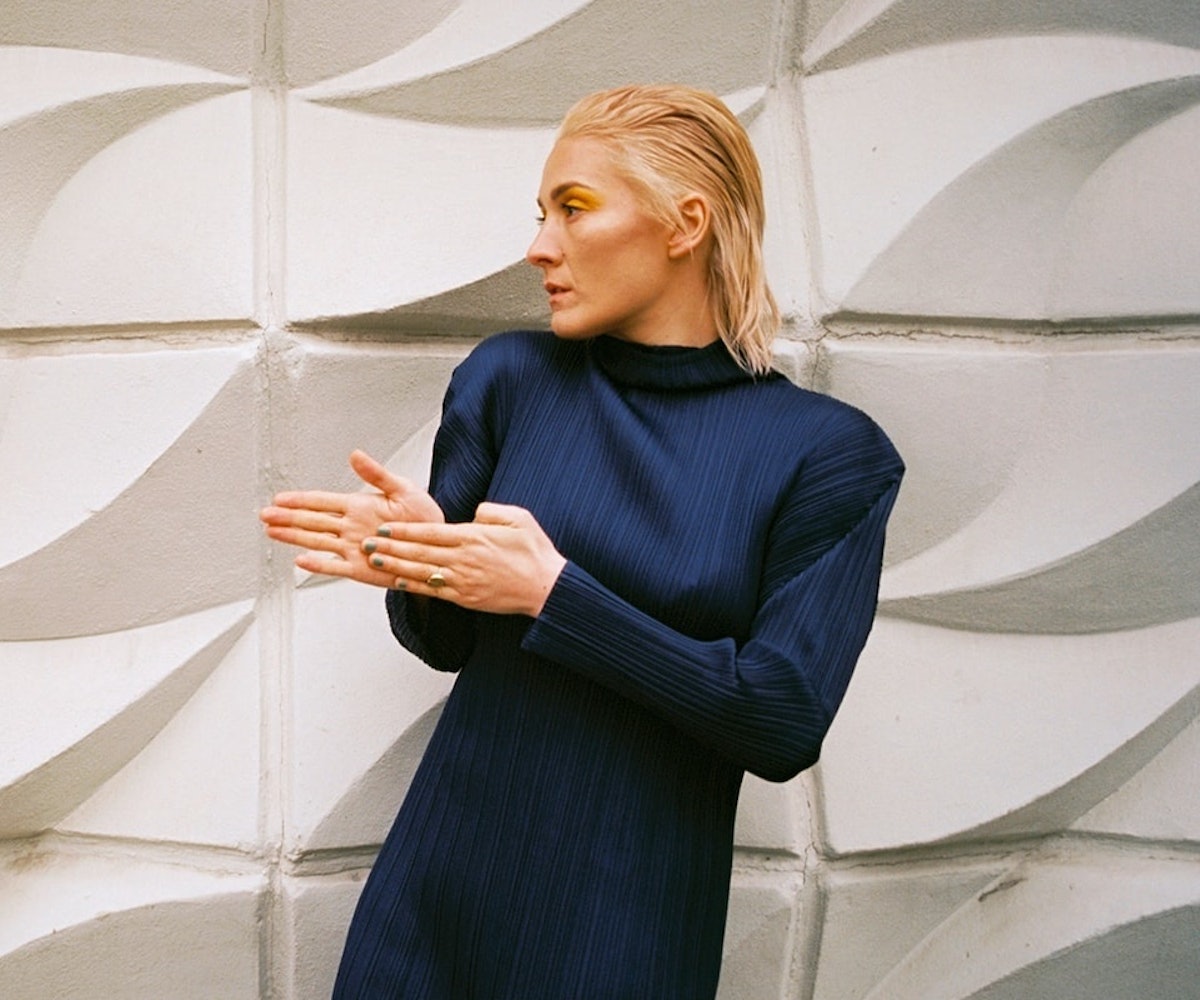 Cate Le Bon won't tell you outright anywhere on Reward, her fifth record, that she's spent over a year in solitude, learning how to build furniture in a distant, mountainous area of northwest England known as the Lakes. Yet from the opening moments of "Miami," there's an unmistakable sense that the music is coming from an alien landscape, one familiar to us all: the inner recesses of an isolated mind, cut off from the world.

In the video for "Home To You," a different sort of disconnection predominates: The film captures the lives of a group of Romani people living in a small town called Košice in Slovakia, a population that's been cut off from most basic services thanks to the routine, persistent government discrimination. While the song was rooted in the artist's self-imposed solitude, the video is a potent reminder that isolation isn't always something we choose. Or, as Olivia Laing writes in her book The Lonely City, coming to terms with loneliness means "understanding that many of the things that seem to afflict us as individuals are in fact a result of larger forces of stigma and exclusion, which can and should be resisted."

For Le Bon, making Reward was in some ways an effort to grasp the fine lines between solitude and isolation. It's not always an easy distinction: "They can be two separate things," Le Bon says, "but sometimes I think I call loneliness solitude because I'm too proud to call it loneliness." These concerns feel inescapably intimate in Le Bon's hands, making Reward an album perfectly suited for the moody and melancholic.

Even with the wider perspective brought by "Home To You," Reward offers no immediate sense of political posturing, or even a prognosis for escaping individual or collective solitude. Still, the chance to retreat into a needed sense of separation reminds us why we hope to connect once more. For Le Bon, bringing Reward on tour offers the chance to reconnect the music to the rest of the world, culminating a years-long journey that's resulted in one of the year's most moving records.

Are you a naturally introverted person, or was the period of solitude an extreme challenge for you?

It was self-imposed alienation in a way, you know, that kind of happened by my own hand, but I didn't really realize it was happening to that degree until I was living by myself in the middle of nowhere. There was obviously a reason why I kind of concocted things to go that way. I'd been touring pretty relentlessly for six years, and I think a point comes where you have to put on the brakes and have a little bit of quiet time to think about things, check in and recalibrate your relationship with music and its role in your life. I guess when you're dedicating that much time, there's a lot of sacrifices that come with living that life. You really have to be sure that it's something that you truly want to be doing. So I think taking yourself away and having a good think about that was necessary for me.

You got involved in woodworking during your solitude. Was that a matter of having a different outlet to get yourself away from consciously thinking about songwriting?

I think I needed it to truly have a break. I would have to have something else that I'd be dedicating most of my time to and to truly take the onus off of music. It was something that I'd wanted to do for a long time, but you always think, Oh, I'll fit it in after the next record, or the next record, and until you make it the focal point and everything else falls around that, that's really the only way to get there. But it was really intense, it took up all my time and energy because it was 8am to 6pm every day, and homework on top of that. It was physically challenging as well, and it allowed music to become my hobby again, something that I consumed differently, thought about differently. I sought a different kind of joy from it than I had before. There's a great Robert Fripp quote that resonated with me whilst I was at the furniture school, which is, "If you love music, become a plumber." I think I understand that better now, but I think it's been really lovely since finishing school, having two things taking up my time and sometimes bleed into one another. Neither of them is always hanging in the balance solely. It's quite freeing.

You tried to record the album in Los Angeles but had to scrap most of the sessions. What about being in L.A. was such a challenge for you?

Where I wrote the record was very secluded, this little bubble, and because the songs were written over a longer period of time, and because you spend that much time alone, a lot of the time it's wonderful, but also you know that kind of solitude turns on you and things start to catch up with you. A lot of the songs are very personal and intimate because of that. It was a case of working with people who I trusted to be gentle, that I would allow myself to be vulnerable in front of, and opening the door in increments to working with people, as opposed to having them all just come in at once.

We initially took the record to Stinson in Northern California, which is this beautiful recording studio which overlooks the ocean. It's a place that I'm very familiar with, where I feel a sense of solitude. It's residential, so everyone living there is working on the record, you're all in a very similar headspace. Nothing really disrupts the rhythm outside of the studio. Then we took it to L.A. with a mind to finish it, but I think it was a combination of things that held it up. I went to work on the Deerhunter record [Why Hasn't Everything Already Disappeared?, which Le Bon produced], and we had this session in L.A. in the same studio. It pushed on for a couple more days, which meant that my session pushed on. It was nobody's fault, just the way that sessions often go, but the studio itself—I've recorded there before, and it's been wholly fruitful—it was in the middle of downtown, no windows, people staying in different houses and coming in and leaving at different times. It was just really impossible to kind of harness that bubble and that intimacy between everyone. It became a quite fractious and fractured recording session, when the thing that's really the essence of the record, intimacy and solitude, it was just impossible to really dial into those things.

Still, the bad sessions make you realize what we need to rectify. [Co-producer] Samur Khouja and I were then able to take the record to Joshua Tree, where we set up a little studio in a house, and he and I just worked on finishing the record together. It's a process, isn't it? And one process informs the next process, be it a good experience or bad experience.

What's it been like to hand off something that was so personal to the rest of the world?

I think I kind of dealt with those challenges with signing the record off, and then you kind of let go, where once it's been mastered, you just lose control over it, and you have to come to terms with that. People will call it things you don't think it is, be it positive or negative, that you don't identify the record with. But it's just part of the process, and if you're solid in your mind about what it's about, you can kind of deal with that stuff.

Right now, I'm so excited to play this record live. One of the most important things to me has always been working with people I love and trust, and never really compromising that. Touring is such a strange lifestyle, you spend more time than you would with your best friends in a very confined space, living this strange, transient life every day. So it's good to have trustworthy musicians around you. There's this microcosm of a bubble of trust, and you're all kind of in a solitary existence together in a way. I haven't played live properly for a while, I've been spending so much time listening and being truly excited by music that I'm just thrilled to take it on the road, tour with people I absolutely adore. I guess you take back ownership of the record, but in a different way, when you play it live.