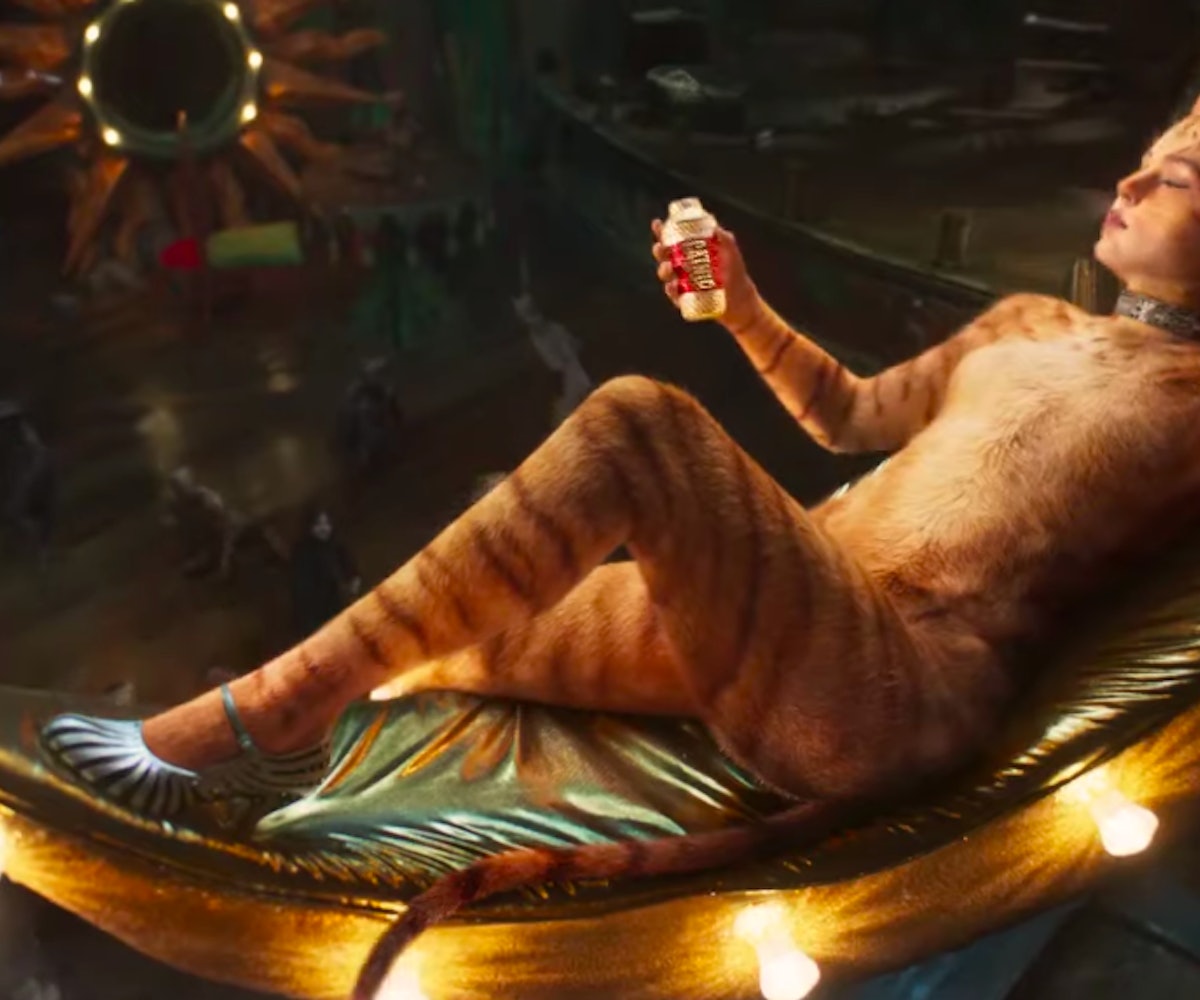 The people responsible for the Cats movie post-production clearly learned nothing from that live-action Sonic the Hedgehog controversy a couple of months ago. Universal Pictures U.K. just released the official trailer for the musical, which hits theaters December 20, and despite some top-tier casting, the cats look really weird.

Don't get me wrong, the makeup and costuming are excellent. But they clearly couldn't decide on going big on the graphics or staying true to the theatrical roots and letting the characters remain super human-like. The result is really tiny cats that are uncomfortable to look at.

The only exception here is Idris Elba's cat, Macavity. I got this existential Slack message from our social media manager: "If I'm kinda attracted to Idris Elba as a cat, does that make me a furry?" Whatever it makes her, I'm right there with her. ME… and I can't emphasize this enough ...OOOWWW.

Anyway, there was plenty of source material that Cats could have used to make better-looking cats. Jim Carrey in TheCat in the Hat or Hermione when she accidentally messed up her Polyjuice potion in Harry Potter and the Chamber of Secrets are both fine examples of human-cat blending. I'm not sure what went wrong here.

Paramount Studios ended up adjusting the Sonic trailer to get rid of those terrifying teeth, assuaging our worries. Cats has six months to get it together. Check out the trailer, at your own risk, below.