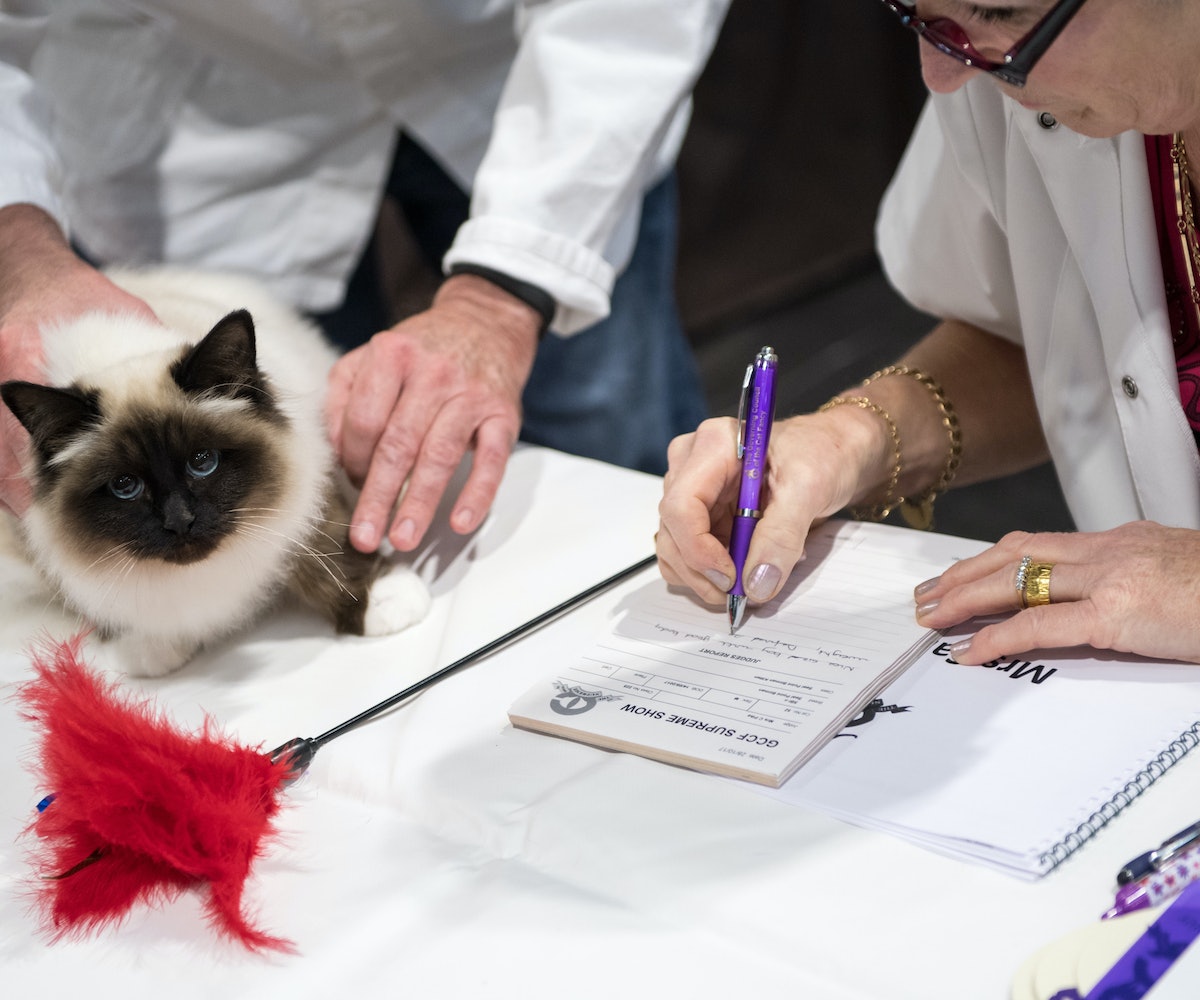 Over the past few weeks, audiences have been hit with several provocative, heavy-hitting documentary-style programs. From Lifetime's Surviving R. Kelly to two documentaries on Netflix and Hulu about the disastrous entitlement that led to Fyre Fest, we have been able to dive deeper into the experiences and stories that matter most. It is in this spirit of truth-telling that we venture across our northern border and into Canada for Catwalk: Tales From The Cat Show Circuit.

This documentary, which is available to stream on Netflix, takes viewers into the world of competitive cat shows. Complete with photo shoots and hours of grooming, some of Canada's most charismatic felines are here to put your favorite Instagram influencers to shame. "Ultimately it's a beauty show, beauty and confirmation," says Elaine Gleason, an all-breed cat judge in the first few minutes of the film. The Canadian Cat Association hosts shows where the pets are judged on their grooming and how close they come to perfection within their breed category.

My eyes itch just thinking about such a gathering, but the brewing beef between a Persian cat named Oh La La and Bobby—and their owners—is just too good to look away. It's like Toddlers & Tiaras, but with cats. It's the perfect show for sleep watching or palette cleansing. I don't even like cats, and I'm already fully invested. Watch it for yourself and thank me later.