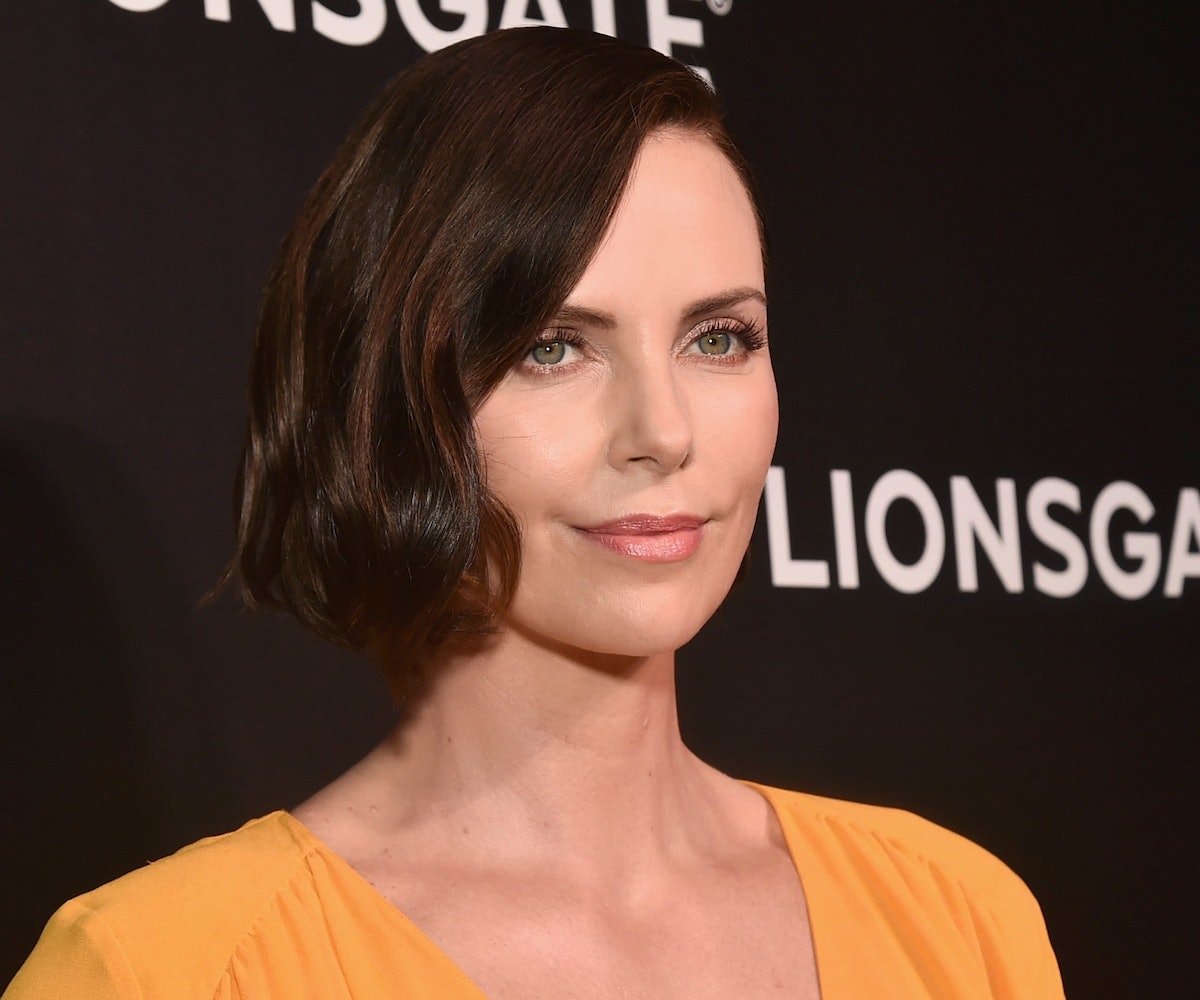 I think it's fair to say that Charlize Theron spoke for all single girls in an interview with Entertainment Tonight, during which she said that men need to get it together and ask her out already.

While on the red carpet for her new film with Seth Rogen, Long Shot, Theron made it clear that it was anything but difficult to woo her, seeing as she's been single for so long. "Somebody just needs to grow a pair and step up," she said. "I'm shockingly available." I feel like this was my mantra when I was still trying to date men. They're so easily intimidated!

It makes sense why men would be stressed to ask someone as successful and gorgeous as her out, but this seems like the perfect invitation to "step up."