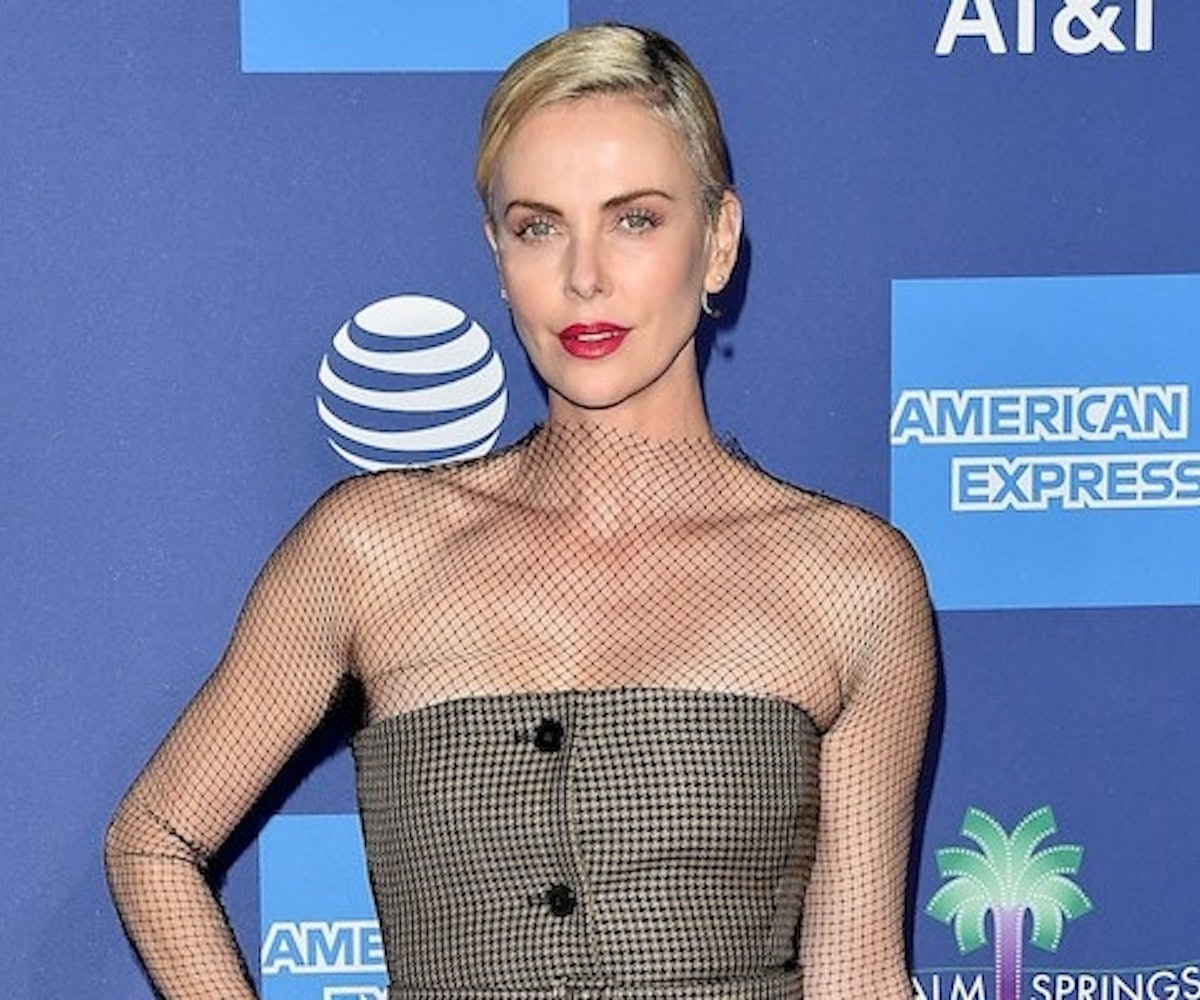 Celebrities headed to the desert on Thursday night for the Palm Springs International Film Festival, and they did not disappoint on the red carpet. Jennifer Lopez showed out in a floral pastel gown by Richard Quinn while Cynthia Erivo opted for blue-and-gold Schiaparelli Couture. Meanwhile, Charlize Theron found a new way to wear fishnets with her tailored Dior dress, which had fishnet material for sleeves and up to her neckline.

It was a good night for Theron, who took home the International Star Award for her role in Bombshell. She also addressed the Instagram flirting she's been doing with Bachelor star Pete Weber, who she's not entirely sure has slid into her DMs.

"No. I don't even know really what a DM is, let's be honest," she told Entertainment Tonight. "Maybe yes? I don't think so. No. I think it's all in fun. I love the show. Look, he's like half my age — not that that should matter, but, no, he's great. I'm super excited. I love the show. I've missed it. And I'm just so glad that the show premieres in the winter when it's dark early because my kids don't know what time I send them to bed but like 5:45pm. As soon as it's dark, [I watch The Bachelor]."

Charlize Theron: she's just like us. Below, more of the best looks from the Palm Springs Film Festival red carpet.

Lena Waithe suited up in a black double-breasted suit.

NEXT UP
Fashion
Kim Petras Wore An All-Denim Homage To Britney Spears At The 2022 AMAs
Fashion
Jimmy Choo’s Collab With Timberland Gives The Classic Boot A Glam Makeover
Beauty
Taylor Swift Had 2000s-Inspired Side Bangs At The 2022 AMAs
The Art Issue 2022
The Most Interesting Fashion Designers Right Now? Artists.