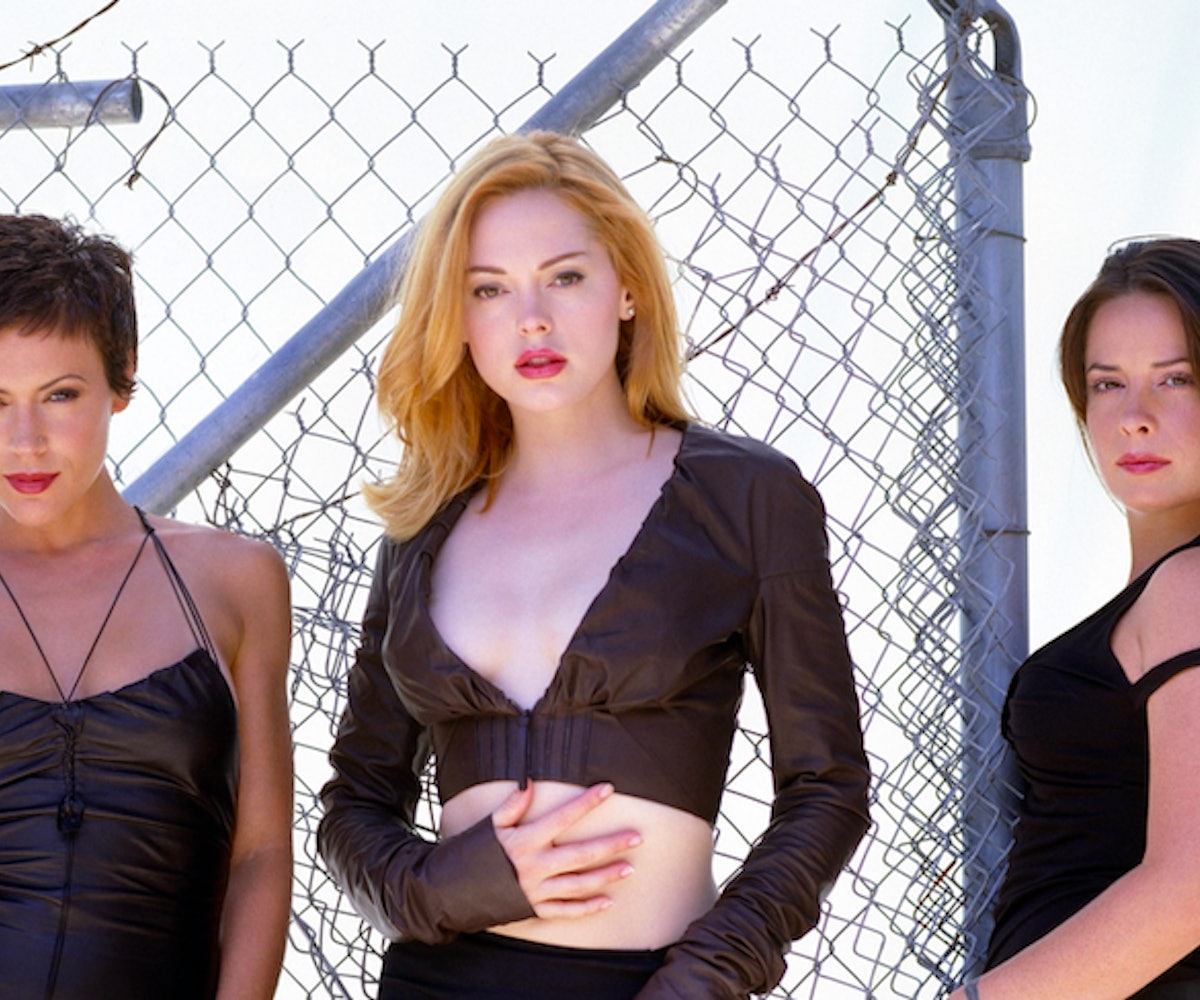 It's been years since a group of supernatural sisters first landed on your television screens and forever changed the course of fictional magical history. Although Charmed, the once popular WB series, has since gotten a CW revival, the '90s series lives on in the hearts of fans, and now, thanks to a new cosmetics collaboration, it can live on as part of your makeup collections, too. Sola Look Cosmetics unveiled its Charmed eyeshadow palette, and everything about the upcoming release pays tribute to the series.

Available for online preorder beginning on March 28, the palette will officially debut on April 30. Retailing for $39, the Charmed palette includes a mix of eyeshadows, bronzers and highlighters. The 12-item pan collection features your favorite supernatural sisters emblazoned on the inside of the palette and the products are packaged to look like a spell book. Inside of the book, the palette itself is shaped to look like a Triquetra — an important element from the series.

As for what's inside, Sola Look revealed swatches of each shade on its website. Highlights include shadows named for each of the sisters, including a deep purple matte named Prue, a glitter-filled green called Piper and a shimmering pink shadow for Phoebe. The release also features a shimmering bronze shade named "Power of 3" and a bright blue matte shadow named for Wyatt and Chris.

Fans of the original series applauded the collaboration's attention to detail, writing on Instagram, "The design and packaging couldn't be any better! Charmed has been a constant in my life since it premiered 22 years ago." Another follower agreed, noting, "Charmed is my favorite show of all time, the palette is beautiful and it's in the shape of the triquetra. It doesn't get any better that! I can't wait to order this!"

Sola Look is a cruelty-free cosmetics company that's released a number of additional products inspired by popular television series and films. Along with its Charmed palette, the brand has released a Beverly Hills, 90210 palette, a Dirty Dancing palette, and a trio of lipsticks created in honor of your favorite leading ladies from Saved By The Bell.

Admire the palette for yourself, below.