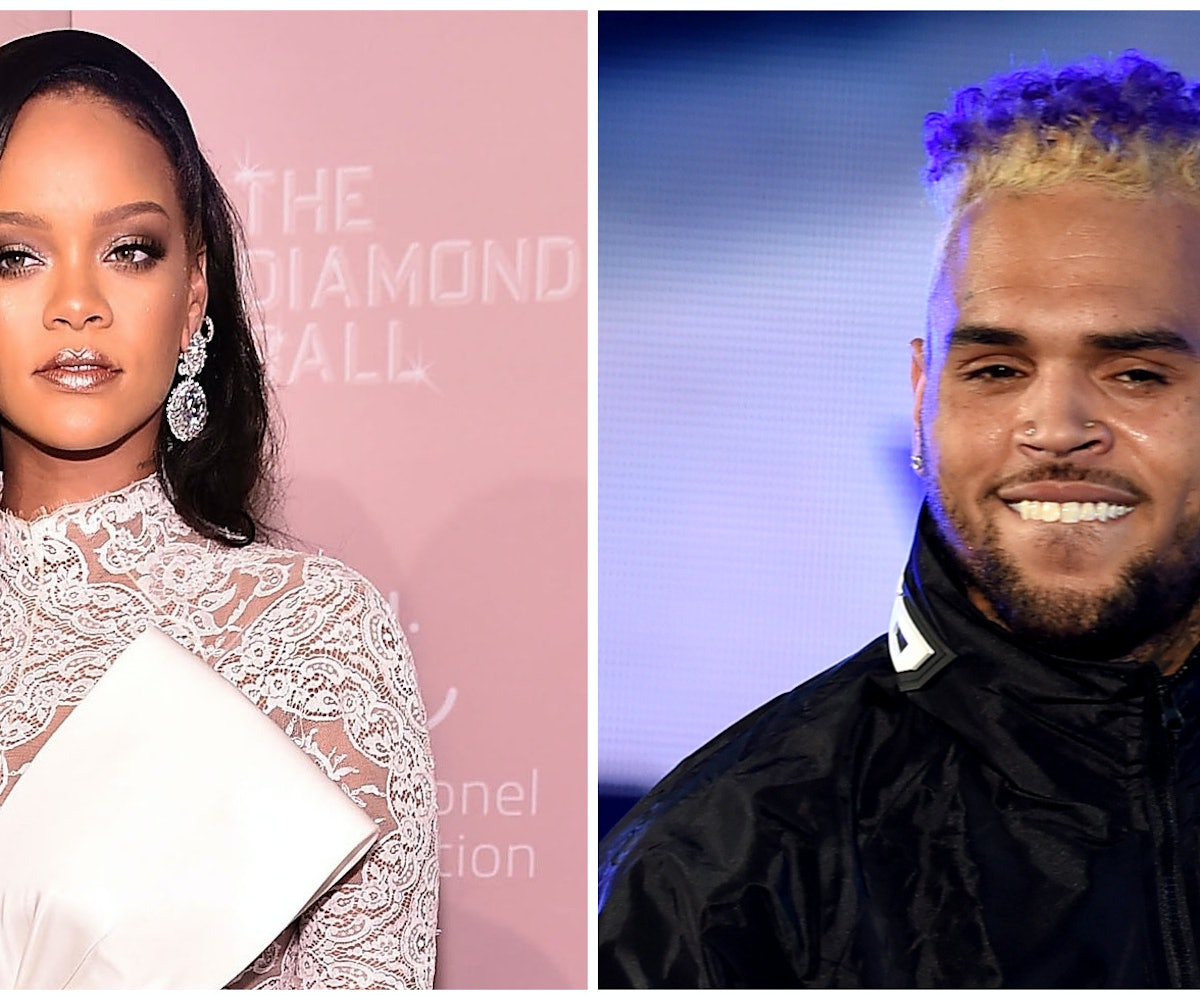 Chris Brown has been spotted leaving thirst comments on his ex Rihanna's Instagram photos. Yes, the man who pleaded guilty to physically assaulting her back in 2009, and who has since been served multiple restraining orders by different women, still seems to be trying to get her back. Satan, come get your man.

Brown commented on each post with a flush-faced emoji. Obviously, members of Rihanna's Navy were quick to come after him for having the nerve to pop up in her mentions.

Each of Brown's Instagram comments has thousands of replies, showing that absolutely no one wants to hear how he feels about Rihanna's photos. And he should have known that this was going to happen: Last year, he was brought to task for leaving similar comments on another photo of Rihanna.

Now can he just stay out of Rih's mentions for good?