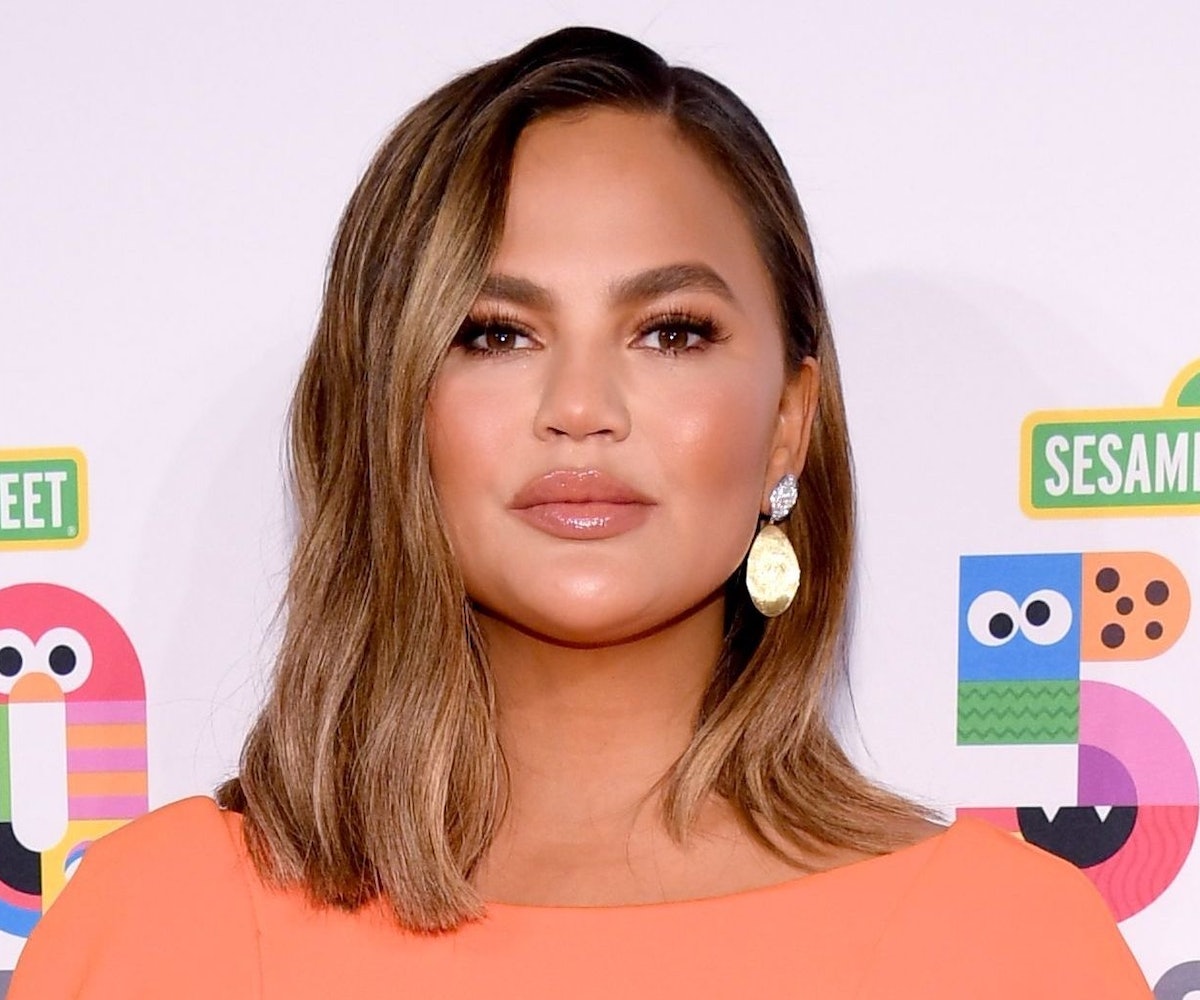 Chrissy Teigen responded to a meme on Twitter that mocks her butt size.

The "joke" spawned from an image of Teigen holding and kissing her son Miles in a pool. In the photo, it looks like her husband John Legend is staring at her swimsuit-clad butt with a disappointed face. But, even from a quick glance, it's obvious that the sun is just in Legend's eyes. Though, of course, trolls were quick to make fun of Teigen for her butt size.

A meme, reading "When it suddenly hits you that your lady doesn't have any ASS," was tweeted at Teigen herself. She responded, letting the troll know that Legend doesn't care that she doesn't have a butt as big as some people seem to want her to have. "It's been 13 years and he knew the first night we met," she quipped.

She responded to another tweet with the photo in her mentions, pointing out that people are used to unrealistic photos of women's bodies and noting that she would be shamed if she got plastic surgery, so she can't really win. "Everyone so used to ass shots and photoshopped Instagrams. I've had no ass forever—is this news to some of you?" she wrote. "Fuckin lames wouldn't be able to stop blabbering if I got my ass done either. Bored as hell, never can win!"

When one of the commenters tried to pretend that the photo was just funny because of Legend's facial expression, she called him out for making it seem like the context of that expression wasn't rooted in a disdain for her figure. "Yeah. His grossed out face looking at my ass," she said. "... I see the 100s of comments under it *about* my body and his reaction to it."