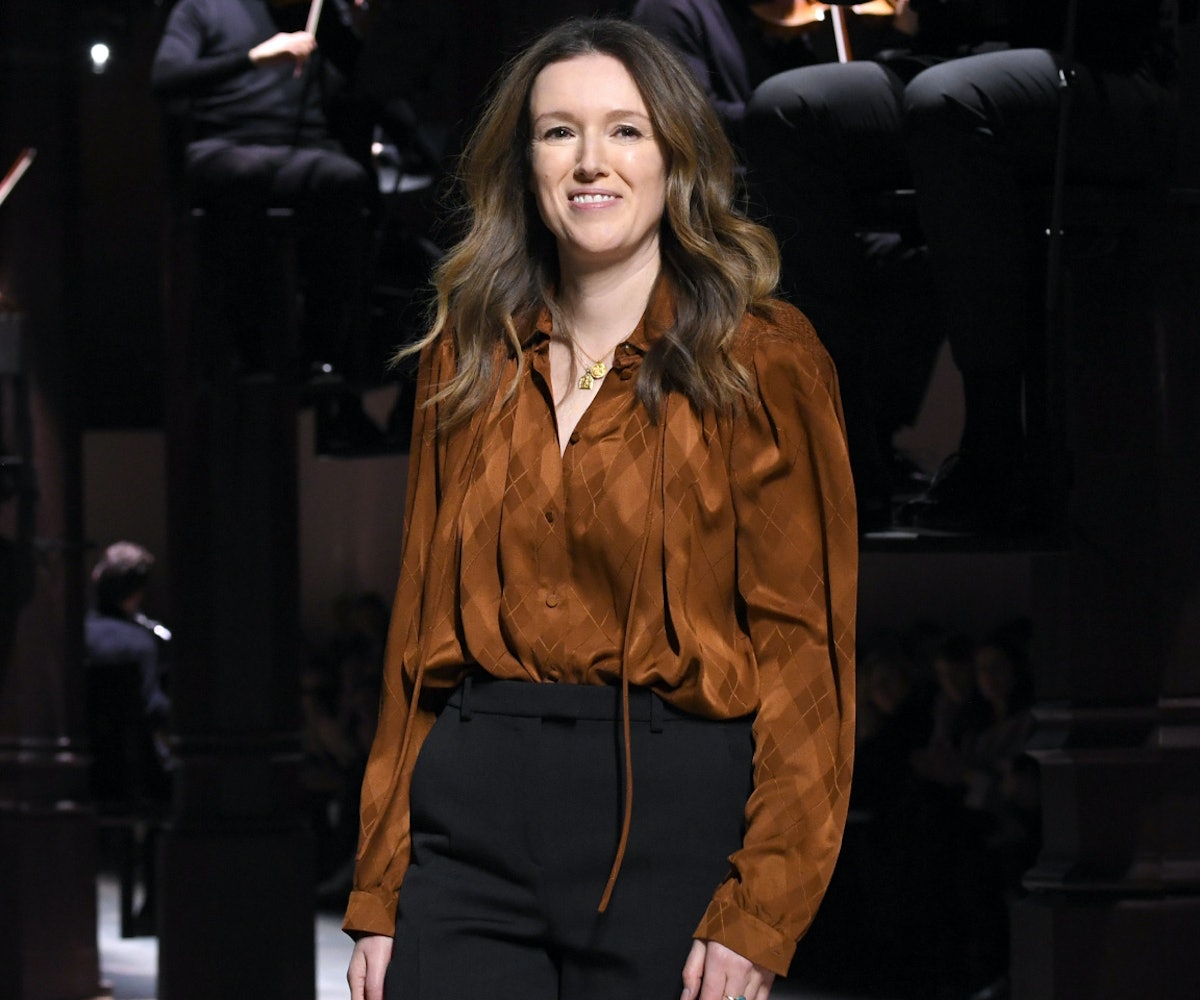 While the fashion industry may be on something of a pause at the moment, that hasn't stopped the ever-evolving game of designer musical chairs. On Friday morning, Givenchy officially announced the departure of its artistic director Clare Waight Keller. Her Fall 2020 collection, which debuted during Paris Fashion Week in March, is her final contribution to the French fashion house.

Keller provided an official statement on her exit:

"As the first woman to be the Artistic Director of this legendary Maison, I feel honored to have been given the opportunity to cherish its legacy and bring it new life.

Focusing on a world based on Haute Couture has been one of the highlights of my professional journey. I have shared so many incrediblemoments with the brilliant Givenchy ateliers and design teams : your exceptional talent and dedication will forever remain in my memories.

My heartfelt thanks go out to each of the unsung heroes and heroines behind the scenes, for their contribution from product to communications and retail, and every global team member, partner and supplier in between.

Without all of you, I could not have brought my vision for Givenchy to life in such a beautiful way."

Succeeding Riccardo Tisci after a six-year stint at Chloé, Keller spent three years as the first woman to lead Givenchy, overseeing its women's and men's ready-to-wear collections, as well as bringing back haute couture to the luxury business in 2015. Her biggest, most global moment is her creative partnership with Duchess of Sussex Meghan Markle, as she designed the dress for her wedding to Prince Harry in May 2018. Keller also dabbled in celebrity collaborations, naming Ariana Grande a campaign spokesmodel for Givenchy in 2019.

According to WWD, Givenchy will cancel its women's pre-spring collection, and it will not produce a Fall 2020 couture collection, as well as announce its new "creative organization" at a later date. But, of course, Keller's exit is attracting a few predictions for her replacement. Business of Fashion reports that Matthew Williams of 1017 ALYX 9SM is a potential successor.