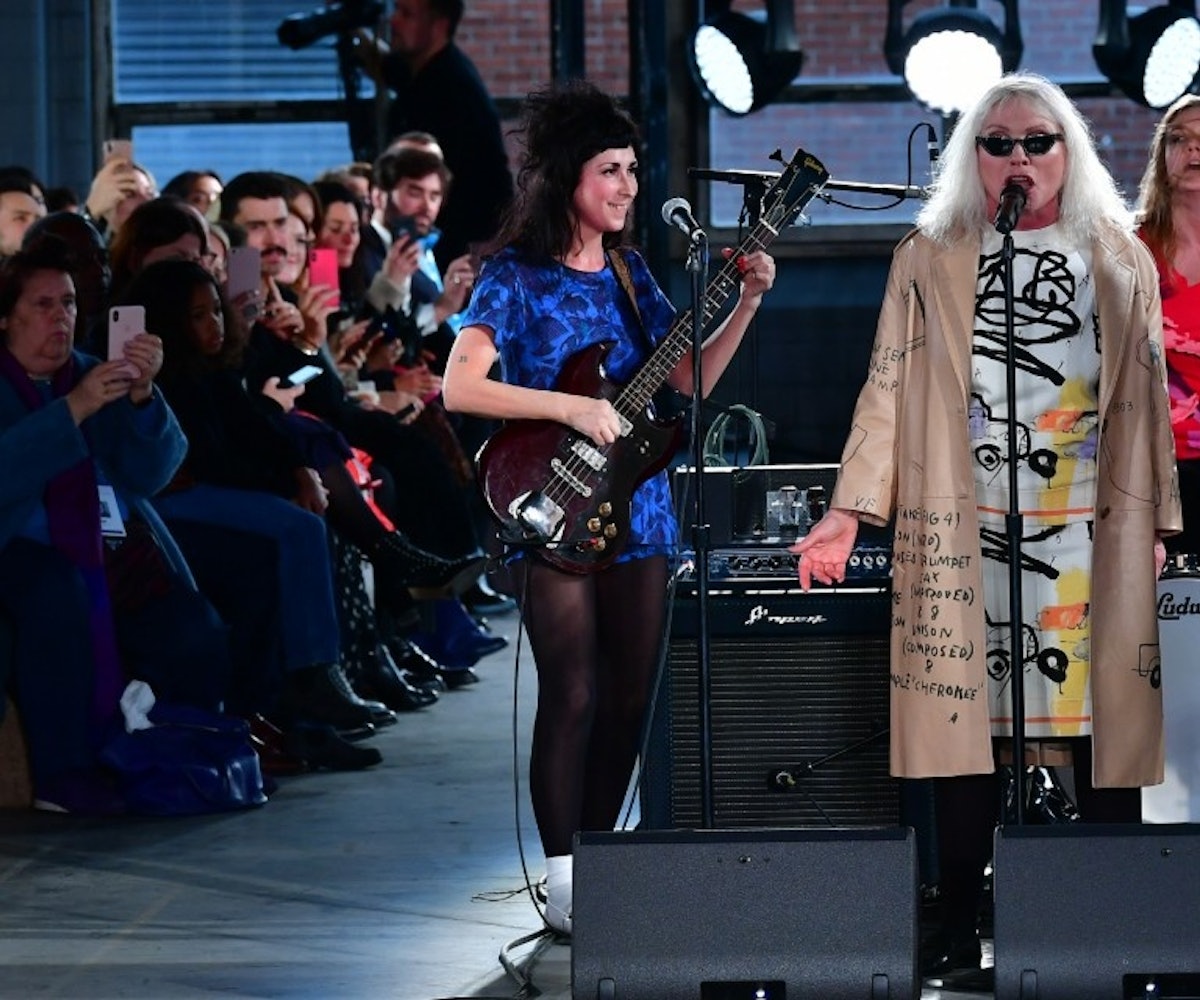 Photo by Slaven Vlasic/Getty Images for NYFW: The Shows

At New York Fashion Week, Coach's Fall 2020 show had a special performance on Tuesday, with Blondie's Debbie Harry walking the runway and providing the tunes for the event.

TheNew York Times fashion critic Vanessa Friedman posted videos from Harry's appearance to her Twitter, showing the singer perform "Dreaming" during the finale. Harry's appearance doesn't come as a total surprise as she is a known Coach head. Back in 2016, she performed at the American heritage brand's Prom event during Paris Fashion Week. That same year, she also attended the book launch for the brand's release of "Coach: A Story Of New York Cool."

But it wasn't until 2017 that Harry made her debut on the runway. She walked the VIN + OMI show in London, where her '80s rock counterpart, Boy George sat front row. At the time, she spoke about the importance of the brand's work, focusing on sustainability and using recycled materials.

"I think that they have a great purpose and a great focus in trying to make these sustainable fabrics that are part of the future," she said. "I think it's very important for everybody to recognize it and should be involved in it; because we all are inevitably."