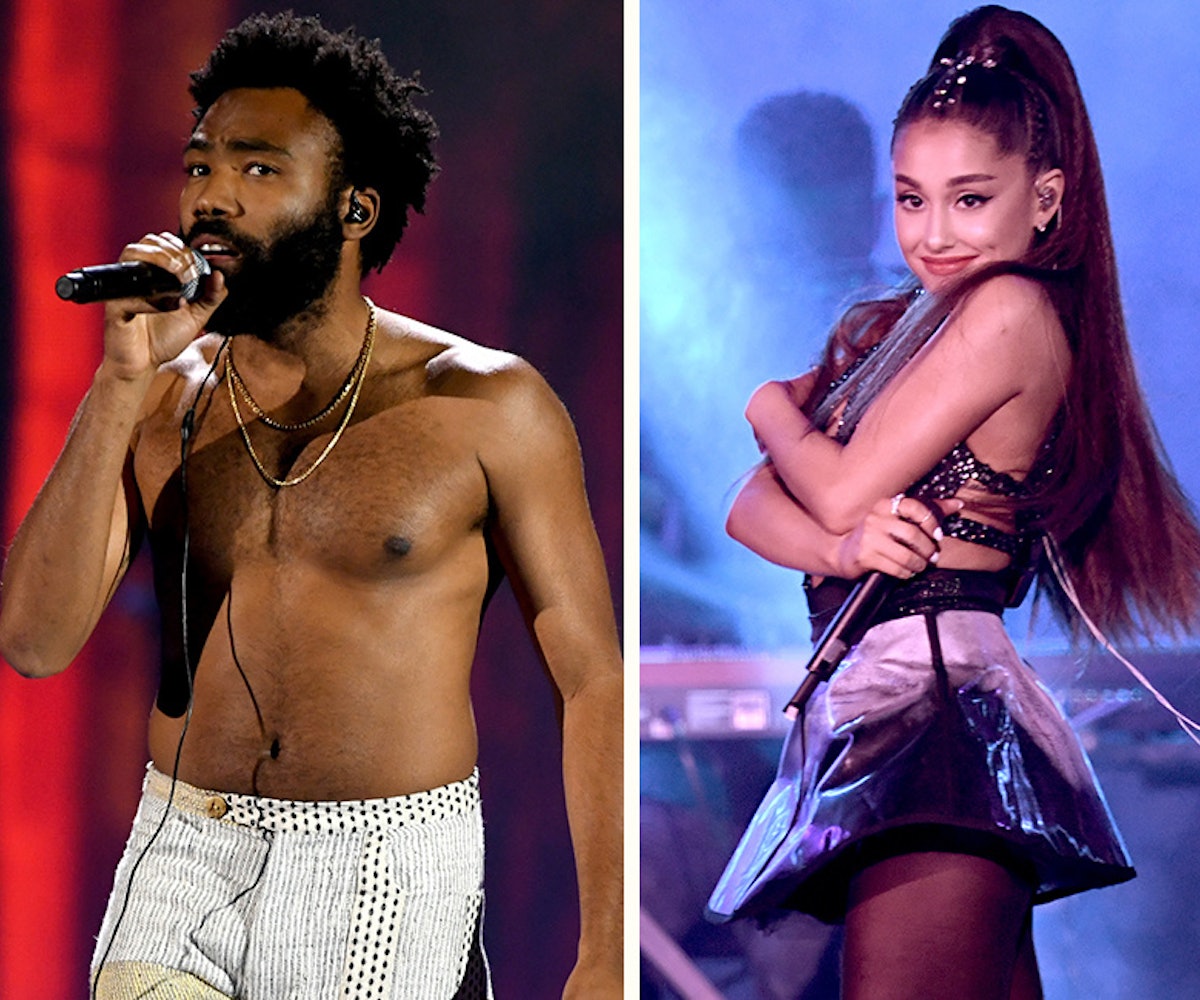 It's almost that time of year again when bandanas and flower crowns flood Indio, California. That's right, Coachella is on the horizon, and the full lineup for the festival has just been announced.

The headliners include our favorite Ariana Grande, soon-to-be-retired Childish Gambino, and Tame Impala. Kanye West reportedly backed out of headlining because of the "artistically limiting" stage, but we don't think it's a stretch to say he won't be missed much given this lineup; other acts include the 1975, Kacey Musgraves, Janelle Monáe, SOPHIE, Blood Orange, Lizzo, Billie Eilish, and many, many more.

There are some surprise appearances on the lineup as well. Blackpink will become the first K-pop girl group to perform at the festival. Solange's name is in the mix, which means we'll likely be getting new music from the singer before April. Some might also be confused to see Idris Elba and Virgil Abloh on the list, given the fact that this is neither a film set nor a fashion show, but both have made side gigs out of DJ'ing, so it looks like they'll be taking their skills to a larger stage.

We won't be getting Beychella or a pregnant Cardi B twerking on stage at the festival this year, but it's bound to be memorable nonetheless. Check out the full lineup below. The festival takes place on April 12 to 14 and April 19 to 21. Tickets go on sale this Friday.

NEXT UP
Entertainment
‘Euphoria’ Star Dominic Fike Is Going On Tour
Entertainment
Relive ‘00s New York With Yeah Yeah Yeahs, The Strokes In ‘Meet Me In The Bathroom’ Trailer
Entertainment
Aya Nakamura On Preparing Her Fortnite Soundwave Series Performance
Entertainment
Seulgi Finds Her Own Lane With '28 Reasons'