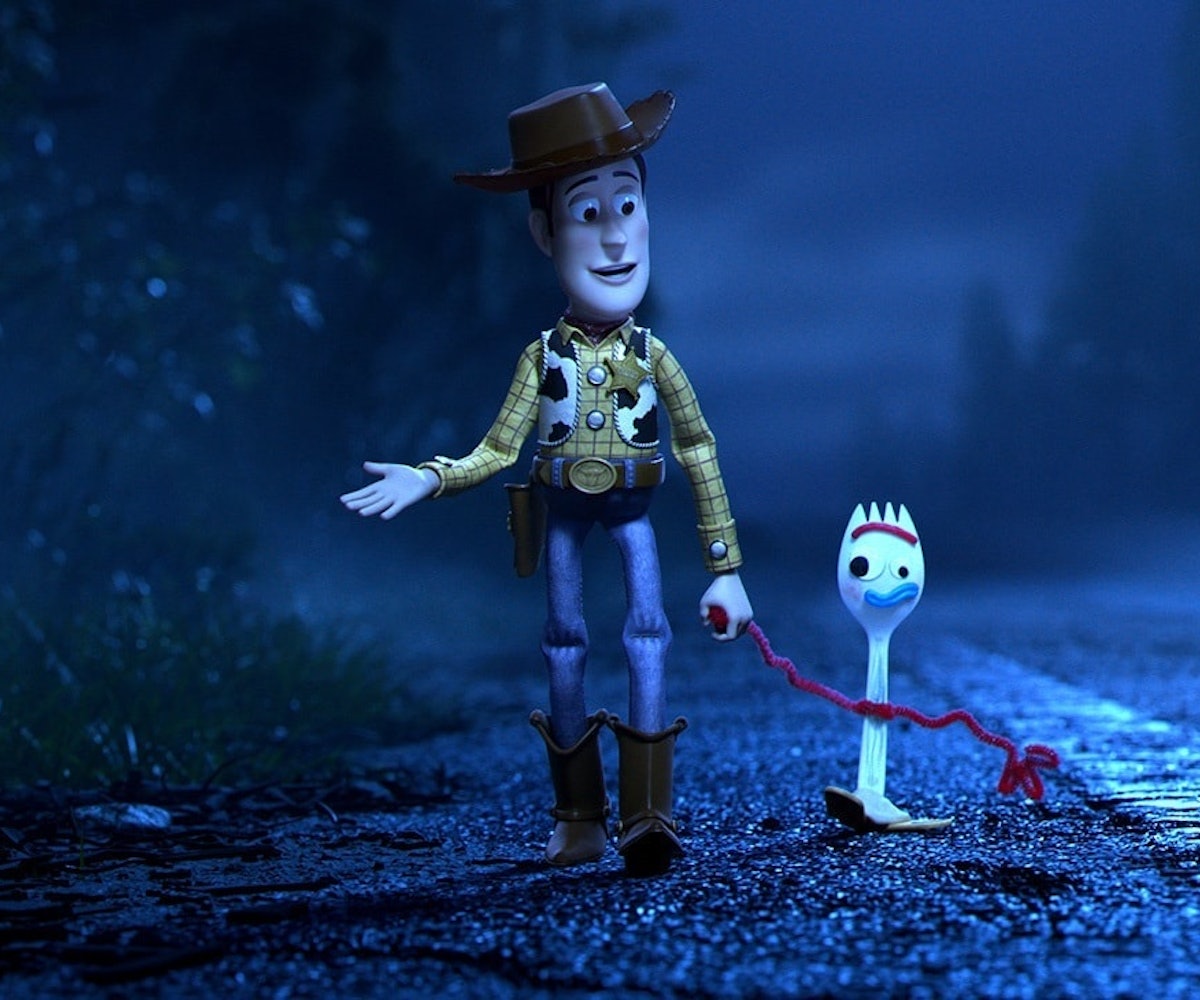 A conservative group called One Million Moms is pissed at Disney right now. They think the studio is "pushing an agenda," instead of "providing family-friendly entertainment." Their outrage stems from what they are calling a "dangerous" lesbian scene in Toy Story 4.

The group has started a petition in protest, and despite their ambitions to move one million strong, they have only garnered a little 13,000 signatures. But 13,000 is too many people supporting the message that two-mom households aren't family-friendly, or that children are somehow in danger the moment they realize that same-sex couples exist.

If you've seen Toy Story 4 and are completely baffled about what they're even talking about, you are not the only one. They are referencing a school scene where Woody's new owner, Bonnie, shows up to her first day of kindergarten. In the background is a lesbian couple dropping their child off. That's it. They don't speak. They don't look at the audience. They don't kiss. They are just there. In their petitions, 1MM says that this subtlety is why it poses such a threat: "The scene was included and intentionally not announced prior to the movie release in hopes it would be kept quiet to expose as many children as possible."